Echoists are essentially the opposite of narcissists, who love to be the center of attention. People with echoism shy away from the limelight and prefer to go unnoticed. Read on to learn more! 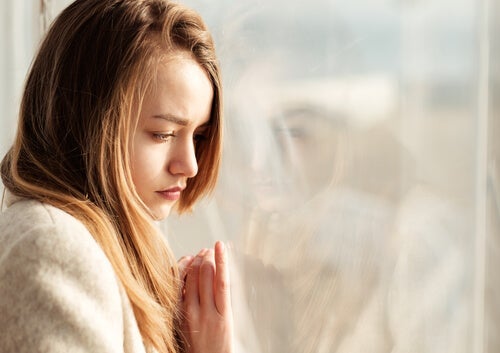 The term “echoism” has become popular in recent years. David Dean, an American psychoanalyst, first coined the term in 2005. Echoism describes people who are incapable of accepting compliments, adopt other’s preferences instead of developing their own, and can’t ask for help.

Like any trait, if a person displays tendencies of echoism, they’ll be present no matter who they spend time with. However, echoists are often attracted to narcissistic behavior. This is because being with someone who takes up all the space in the room allows the echoist to blend right into the background. When narcissists become abusive, echoists often blame themselves for their mistreatment.

Echoism is a trait, not a disorder. It’s easier to understand if you conceptualize it as a survival strategy. Echoists go through life thinking that, if they want to feel safe and loved, they have to ask as little as possible of other people and give everything they can.

Staying in the shadows

According to Dr. Craig Malkin, psychologist, researcher, and author of Rethinking Narcissism, echoism is the intense fear of seeming narcissistic in any way. In contrast to narcissists, who attract attention and want to feel special, echoists are scared of special attention.

Malkin and his colleagues have discovered that echoists tend to agree with statements such as, “I’m afraid of becoming a burden” or “When people ask me about my preferences, I tend to feel lost”.

In its most benign form, echoism can lead to servilism (inhibiting one’s expression of thoughts and desires). In its most extreme form, it makes individuals give up their voice entirely. It can also lead to complete isolation.

Echoism roots itself during childhood

Researchers still haven’t discovered the cause of echoism. However, most experts agree that upbringing plays a crucial role in its development.

If the child has a narcissistic parent who always imposes their will, it’ll be very hard for that child to listen to or know their own thoughts and desires. This same experience can also produce a narcissist who repeats their parent’s behavior because they believe they’re more special and important than other people. As of yet, experts don’t know if an innate aspect determines whether a child will display traits of narcissism or echoism.

However, it’s important to know that not all children with narcissistic parents become echoists. Likewise, not all echoists have selfish parents.

Contrary to what you might believe, echoists aren’t necessarily passive. In fact, most of them are actively trying to discover and follow what other people need. Echoists can also be great listeners, but they feel less comfortable opening up to other people. That’s because their fear of becoming a burden hinders their ability to communicate.

Men are less likely to go to therapy for echoism. Experts believe that it’s because they’re ashamed or feel weak or unmasculine. In cultures where gender and status carry more weight in power relationships, echoism and narcissism are often more visible and seem to be the natural order of things.

Many women believe that asking for more in their relationships and asserting themselves is dangerous. An emotionally abusive father that made it unsafe for a woman to express herself can produce this mindset. The biggest problem is that being very socially adaptable and constantly tending to other people’s needs are usually considered positive traits. However, echoists have often learned to survive by ignoring their own needs and feelings.

In some cultures, suffering in silence is considered appropriate. In others, asking for help is frowned upon. Echoism can also be the reflection of a type of brainwashing. It offers an explanation in certain political contexts in which individuals engage in harmful behavior on behalf of a powerful person or organization.

How to address echoism

The idea that you should keep these tendencies under control is complex, as many of the processes that influence echoism are unconscious. They’re often a way for children to establish themselves.

Going to therapy to analyze what’s happening can allow you to identify where your echoism comes from. In this case, part of what therapy offers is the opportunity to explore painful feelings and memories in a safe, supportive space. It’s your opportunity to understand that your childhood trauma wasn’t “normal”.

Lastly, if you have a hard time speaking up for yourself, therapists can incorporate certain elements into your sessions to make sure you feel more secure. In addition, creative writing and poetry are great tools that can help you find your voice. If this article resonates with you or someone you know, don’t hesitate to seek professional help.

Malignant Narcissism According to Erich Fromm
Erich Fromm described malignant narcissism as a condition in which an individual is characterized by grandiloquent, antisocial, and hostile behavior. Read more »

Culture
What is a Minimalist Lifestyle?

Architect and writer John Pawson says that "minimalism, more than an architecture, is a way of life". This is exactly how…

Coloring, the simple act of illuminating bare surfaces is an exercise of liberation, allowing us to connect with our inner selves. It's quite…