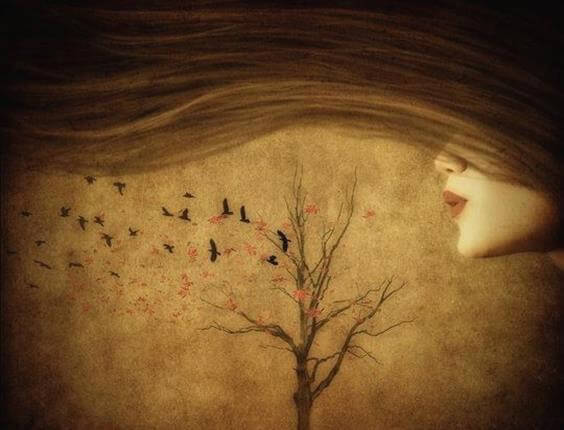 You often come across people who credit themselves for other people’s achievements instead of making their own. They claim other people’s triumphs as their own and take advantage of the applause they receive from unknowing spectators. They think that nobody will find out their secret and feed off of the blind recognition they receive.

But the thing is, as much as they lie and deceive, their conscience is always one step ahead, showing them the truth. There are many well-known cases, while others slide by unnoticed, but are still common. One of the most common forms is plagiarism, whether it’s of doctoral theses, internet content (images, interviews, text), songs, or works of literature.

“Plagiarism is using another person’s work, ideas, or words as one’s own, without explicitly giving credit for where the information came from.”

Behind plagiarism lies the need for recognition

There are also people who lie about their identities as a way to extol how important and valuable they are. They tell constant, continuous lies and invent a life for themselves that they wish they had, or they exaggerate their achievements to make them seem more important than they are. For some, anything goes in this game, where they seek to quench their thirst for recognition.

If you look past their deceit (which includes self-deceit), you’ll probably find a need for external validation of the person they are. A need for recognition so intense that they have to lie because reality isn’t good enough. The end justifies the means, and if that means taking credit for someone else’s achievement and gaining recognition that belongs to someone else, they’ll do it.

But that means they’re being nourished by something inauthentic. Their audience isn’t applauding them or their creation. They’re applauding someone else’s creation, and that’s a painful truth that they have to live with. A truth that their conscience shouts every day when the illusion disappears and the lies can’t cover up the truth.

So why not just make your own achievements? Why take credit for other people’s? What better gift is there than receiving sincere and honest applause for something that you created? Always after having applauded and embraced yourself for who you are and what you’ve created.

Like Chillida said: “don’t forget that ‘original’ comes from ‘origin.’” How true that is. All creations throughout history, all art, is inspired by a previous one, and therefore, everything that comes from one is genuine and authentic. Of course everyone is influenced and inspired by other things, but there’s a big difference between being inspired by other people’s work and shamelessly copying it.

Deceiving oneself (and others as a consequence), means moving away from your essence. It’s wanting to be someone you’re not. It’s refusing to try to create something original. It’s conforming to something easy, but at the same time, it also gives your conscience a reason to punish you.

Lying is the opposite of being authentic

This false, inauthentic happiness, doesn’t last very long. Its days are numbered. In the end, every lie is reckless. It covers very little, and it usually ends up failing, exposing the impostor, who often has to lie again to avoid being discovered.

If you make your own achievements, you’ll be more authentic. You’ll get closer to your true self, with all your light and all your darkness. The product that you create will be yours, and it will come from the most genuine part of you. You’ll create the truth, and that will make you free. Free of having to deceive and hide, free of the weight of sustaining something that isn’t yours. And plus, it’ll give you a powerful reason to be proud of yourself.

In the simple words of the great Freddie Mercury:

“I think in the end, being natural, and being actually genuine is what wins.”

But above all, being genuine is triumphing over oneself. There’s no greater triumph than pursuing your own true essence!

Unfortunately, our society is still far from abolishing chauvinism once and for all. In that sense, a useful way of fighting against this bad habit is to be well-informed. Hence, knowing…

People talk a lot about both innate and learned abilities. However, do you really understand what they are? One definition…

Psychology
The Psychological Benefits of Traveling

Surely there are many of you who are tired of your daily routines. You get up early, eat breakfast, travel…

Psychology
The Importance of Good Communication

We tend to listen or read about how important it is to maintain good communication, whether this is in our work,…