Don't Let Anyone Say You Can't 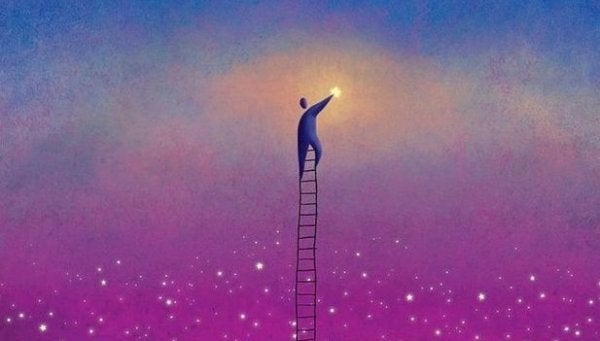 “No” is one of the words we hear the most when we try something new. “You can’t do that,” “You shouldn’t go in that direction,” “It won’t go well for you,” “You shouldn’t even try.” To face this quite common situation, doctor and businesswoman Pilar Jericó recommends “grounding your fears, picturing the worst case scenario, and then fighting for your dream.”

That’s why we’ve made Pilar Jericó the protagonist of this article. You might know from her work in different Spanish media. On top of holding a doctorate in business organization, she also has a degree in economics and holds a graduate degree in leadership and behavior from Harvard University.

This woman is capable of starting businesses even when everything seems to go against her. She’s a living example of the struggle against the words “you can’t.” This influencer, writer, and lecturer has showed us the way to push against adversity with her advice, vicissitudes, and tips for taking action when the social storm grows stronger.

Never let anyone say you can’t

According to Jericó, fear is our biggest enemy. When someone tells you that you can’t do something, it’s common to get scared and paralyzed. People become invaded by painful emotions and convince themselves that they really can’t.

However, fear is a necessary tool of self-defense. In difficult situations, it allows us to be alert so we can protect ourselves. But when it’s brought to the extreme, it can cause paralysis and even terror, which leads to serious changes in behavior.

That’s why you should understand your fear, overcome it, and stop others from stopping you. But this requires certain knowledge, which we offer below so that you can rise above your most terrifying omens.

Two techniques to overcome your fear

Pilar Jericó proposes two useful techniques for overcoming fear. So if you find yourself scared by everything around you and being told that you can’t do something, maybe you can put them into practice and decide whether you agree with them or not.

“You just have to trust in yourself and your potential to recover from difficult situations.”

Ground yourself to reality

The first technique Jericó proposes is called grounding yourself to reality. This involves listening to what other people tell you and reappropriating their comments. These comments, in addition to the fears you have, must be grounded so that you can analyze them calmly and peacefully.

Here’s an example to help you understand. In Jericó’s case, she decided to move to the United States while she was pregnant to do a project, and everybody told her it would be impossible and suggested that it wouldn’t go well.

For example, people told her that if she went the United States for too long, she would lose clients. So she grounded her fear, thought long and hard about it, talked to her clients, and was able to get them all to understand perfectly well. She fought for her dream.

Imagine the worst case scenario and evaluate the risk

The second technique Jericó proposes consists of imagining the worst case scenario and evaluating the risk involved. To do so, you have to think about what could go wrong and know whether it’s really worth the sacrifice and hard work.

Jericó, to use her as an example again, did the same. What was the worst thing that could have happened to her on her American adventure? Maybe her investment wouldn’t have returned good results? Or maybe the loneliness of being so far away from her friends would have brought her back to reality?

The thing is, you have to analyze every possible risk calmly and carefully. Once that’s done, you have to figure out whether you’re really prepared to face them. And then, if you decide that you are ready, you have to move forward with all the consequences in mind.

“If you have a dream, fight for it, no matter what it is. Don’t let anyone take it away from you, no matter how much they love you and want the best for you.”

That’s how Pilar Jericó came to some very interesting conclusions. Life goes by so quickly, but we’re enriched by the experiences we accumulate. So if you really believe in something, and you’ve given it some thought and consider it to be achievable, why not do it? Maybe it’s better to not pay so much attention to the people saying “you can’t” and turn it into an “I can, and nobody is going to stop me.”

Psychology
Do you Know the Characteristic Traits of Obsessive-Compulsive Disorder?

You may have heard talk about the search for biological components of different mental health problems. There's the study of…

Psychology
The Importance of Having Someone Nearby when Everything Collapses

Psychology
When Your Partner Starts to Bother You

Over a relatively short period of time, reality imposes itself on us and takes away the filter of idealization. The…