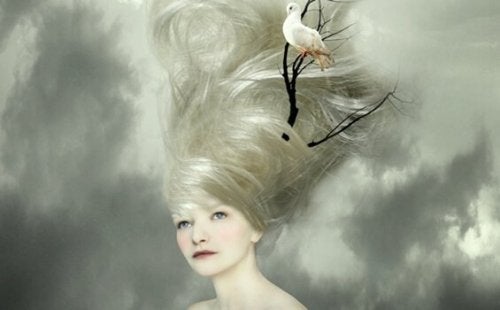 If you leave things unfinished, it’s more than just carelessness, something to take lightly. From a psychological point of view, it is a symptom that you shouldn’t overlook. This is especially true when it isn’t just an occasional occurrence, but happens repeatedly.

When you leave things unfinished, anxiety tends to build up. Each item on your to-do list that you do halfway is an incomplete cycle. When a cycle is incomplete, it hangs over your head even if you don’t realize it.

You feel the emotional burden of disorder, though you might not be able to concretely identify it. You may also feel a sort of dull anxiety that crops up when you aren’t expecting it. In short, you don’t feel good.

“Nothing is so fatiguing as the eternal hanging on of an uncompleted task.”

In our lives we have both big and small goals as well as big and small tasks. What happens with people who don’t complete things is that there is some kind of disconnect between goals and tasks. They have every intention of doing something, but that doesn’t translate to concrete action to make it happen.

There are a lot of different possible causes. However, there are a few in particular that are especially relevant. They are:

What happens when you things unfinished

As you can see, leaving things unfinished has a lot of negative consequences. Basically, it gives you a sense of anxiety that may grow and become quite invasive. And of course it also ends up undermining your self-esteem and self-worth.

The main consequences of leaving things unfinished are:

How can you fix this problem?

If you leave things unfinished, you’ll have to attack the issue on two different levels. The first is related to breaking the habit. It starts out as a somewhat unconscious action and ends up a habit.

What you should do is carry out three basic actions.

You also have to solve the problem on another level. The second level is deeper. It’s possible that you’re doing something you hate and you feel trapped. Perhaps you are paralyzed by a feeling of incompetence. It’s also possible that it’s depression in the making. Whatever the cause may be, make an effort to get to the bottom of it.

The Direction Your Life Takes Depends on Your Values, not Goals
“Maturity is achieved when a person postpones immediate pleasures for long-term values.” -Joshua Loth Liebman- Read more »
Link copied!
Interesting Articles
Wellness
Routines Suffocate by Imprisoning Us in Our Fears

Wellness
Experiencing Pain as a Teacher, Not an Enemy

I am the ghost of a shadow of what I once was, the remnant of the disagreement which indicated my evasion, and I…

Healthy Habits
Are You Aware of Your Own Breathing?

Breathing is synonymous with life. The act of breathing is part of our existence from our first breath at birth…

Wellness
Are We as Happy as We Seem on Social Networks?

Today I feel good when I look in the mirror, but I don't need to take a photo of myself so that…

Wellness
The Paradoxes and Myths of Romantic Love

When people talk about romantic love, they tend to paint it as the most glorious thing in the world. In…