Is stress a key factor in the onset of serious illnesses? Discover the answer in this article! 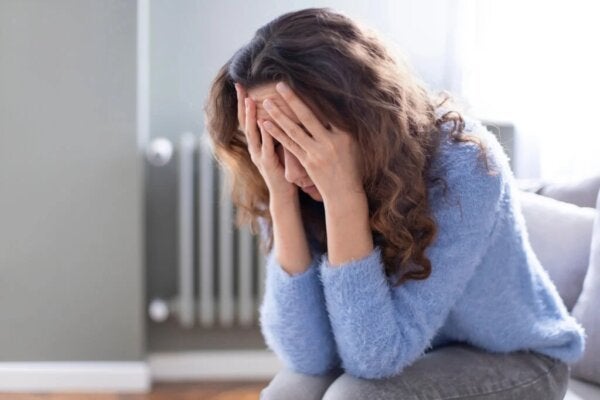 Stress is the body’s response to the environment’s demands. This response might be more or less intense. For example, a more intense response occurs when a person is overwhelmed by demands and lack the resources to deal with them. In these instances, experts link stress responses to physical diseases such as heart disease, cancer, and autoimmune diseases, among others. Certain studies suggest that there’s a link between stress and some illnesses. However, is it a direct cause?

As we mentioned above, stress occurs when a person realizes that the demands of their environment may exceed their resources. Hans Selye is known as the “father of stress research”. He claimed that stress is a bodily response to any exterior demand.

Selye claimed that stress is a global biological response and that there are two types of stress. The first type is adapted to the environment, where the demands of the environment are in harmony with the body’s resources. However, the second type is a more intense and less pleasant response. In fact, it manifests itself as distress.

In his theory, Selye mentioned general adaptation syndrome (GAS). It occurs when stress is intense and prolongs over a period of time. When this happens, the organism has to use all its resources to stay in control.

The body needs cortisol to function properly. In fact, the body needs cortisol to complete any task at an optimum level. However, problems occur when the cortisol levels exceed the body’s limits. That’s when the body exhibits the customary stress response. Furthermore, when the stress response is chronic, the cortisol and peripheral activation levels cause certain symptoms. These include muscle weakness, chronic fatigue, infections, migraine, menstrual disorders, and lack of concentration, among others.

Stress can affect the likelihood of the development of more severe diseases than those we mentioned above. That’s because stress compromises your immune system. Therefore, it becomes more vulnerable to exterior attacks.

Your risk of cardiovascular disease increases if you suffer from chronic stress. In fact, experts associate acute coronary syndrome (ACS) with psychological factors. In addition, stress responses in the form of hostility play an important role in the early stages of this disease.

Studies have proved inconclusive when it comes to autoimmune diseases. However, experts found a link between stress and these particular illnesses. In fact, they discovered that the immune system suffers deregulation after a prolonged period of stress where high levels of cortisol are maintained. This happens in cases of rheumatoid arthritis and the onset of Graves’ disease (hyperthyroidism).

Stress doesn’t seem to influence the onset of cancer. Neither does it increase or decrease survival time or rates. However, it can’t be denied that stress is an effect of a cancer diagnosis. In fact, both the patient and their family suffer from stress at this time. Furthermore, it affects their quality of life.

In conclusion, stress doesn’t necessarily cause the direct onset, development, and maintenance of certain diseases. For this to happen, certain factors must come together. One of these is a chronic high response when cortisol levels remain elevated for a prolonged period of time. This is because cortisol affects the immune system response.