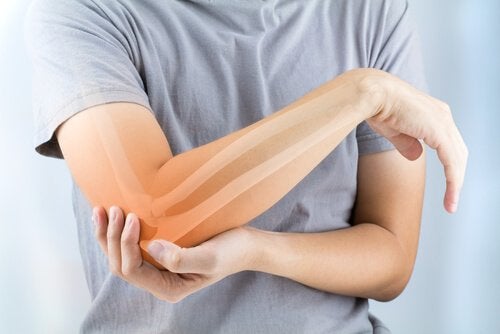 An estimated 0.5%-0.8% of the world’s population has some form of rheumatoid arthritis, although many people also remain undiagnosed. In Spain, approximately 200,000 people suffer from the disease. It mostly affects women between the ages of 30 and 50 and it greatly diminishes patients’ quality of life by reducing joint mobility and causing pain from even the simplest of movements.

The term has Greek roots and means “joint inflammation”, which is the main manifestation of the disease. Although it can affect the entire body, the inflammation usually manifests itself in the joints and is also frequently accompanied by muscular pain or fever.

What is rheumatoid arthritis?

Arthritis is joint inflammation. The term “rheumatoid” is a general term that refers to corresponding pain in the joints, bones, cartilage, muscles, ligaments, tendons, and connective tissue. This has nothing to do with “arthrosis”, which refers to the bones.

The origins of rheumatoid arthritis are unknown. It was first described in centuries-old clinical texts, but we still haven’t identified a clear cause. However, doctors know that the immune system is involved. This is why it’s considered an autoimmune disease. In fact, some risk factors should be kept in mind.

It’s a degenerative disease, which means that its symptoms worsen inevitably over time. The most you can do is try to ease the pain. The joints of an arthritis patient become painfully deformed until they settle in uncomfortable positions and become stuck. This means that those affected by the disease suffer from reduced autonomy and have trouble living as they used to.

The main risk factors for arthritis are genetic: about 60% of cases of rheumatoid arthritis have genetic factors. This means that if you have relatives (especially parents) who have had the disease, you have higher chances of getting it.

Another risk factor we mentioned is the patient’s sex. Women are two to three times more likely to suffer from rheumatoid arthritis. This propensity is thought to be related to more estrogen, which stimulates the immune system. Another related hormone is testosterone. Men with high testosterone levels are more susceptible to the illness.

Effects of rheumatoid arthritis on the body

Rheumatoid arthritis focuses on the joints. During the first stage of the illness, you can only see symptoms in the bloodstream, where more antibodies than usual are being produced.

The second stage is where the most common symptom manifests itself: joint inflammation. This is the key to diagnosing the disease. The second stage usually features the characteristic growth of synovial joints. The third stage features chronic inflammation. In this stage, the structures that surround the joint start to degrade the cartilage and bone.

On the other hand, just because rheumatoid arthritis has a predilection for the joints doesn’t mean that’s the only area it affects. Other areas and systems in our bodies can also suffer. Anemia, for example, is a common consequence of arthritis, as is pleurisy, pulmonary fibrosis, and pulmonary nodes.

Some of the most common treatments include anti-inflammatory drugs which act on the affected areas. In the early stages, doing moderate exercise can help delay the onset of more serious inflammation. In other cases, rest is more advisable, alongside physical therapy. Other recommendations include diet modification and quitting unhealthy habits like smoking and drinking.

As we’ve explained, rheumatoid arthritis has no cure at the moment, which is why all treatments are palliative. This means that the medications used to treat the disease only delay the onset of the final phases of the illness and keep the patient’s day-to-day life as normal as possible, for as long as possible. However, since this is a degenerative disease, maintaining normalcy after a certain point may not always be possible.

Opioids: Addictive Drugs
Opioids are some of the most powerful pain-relieving medications we have, but at the same time they're also the most addictive. Read more »
Link copied!
Interesting Articles
Wellness
I've Had Enough - Reclaiming Your Rights

I've had enough. Have you ever said this to someone before? Asserting your rights, setting clear boundaries, and making it…

Wellness
Don't Live in a Bubble

We all live in a bubble of different limitations and a bad concept of the world. This concept falls apart when you turn your gaze to a broader reality, dare…

Recent mindfulness research found that this practice can positively impact decision-making Why? Because mindfulness allows you to focus your attention…

When we think about what is "romantic," we often think of the same images: chocolates, flowers, candlelit dinners... Not that…