Does A Sixth Sense Really Exist? 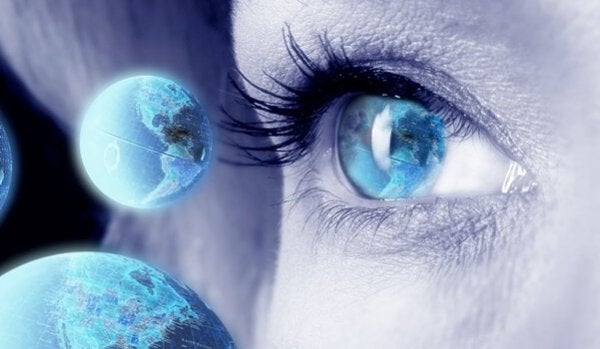 We’ve all had the feeling before of knowing something was going to happen right before it did. We call them gut feelings, or a sixth sense.

They’re a kind of premonition, but not with big things, just maybe little things. When we predict something will happen a certain way.

Pop culture likes to talk about a sixth sense. We say, for example, that a mother “knows.” We’re referring to how, apparently, mothers are able to tell what’s a good or bad idea for their children.

We also say things like, “I feel it,” or “I sense it.” These expressions have to to do with the supposed possibility of us being able to see farther than what’s in front of our eyes.

A sixth sense is halfway between intuition and premonition. We think of it like a kind of radar. It somehow picks up signs that something good or bad is going to happen. That one path will lead to a happy ending, while another will lead to trouble.

Is there really a such thing as a sixth sense? Is it like we think it is?

Evidence of a Sixth Sense

Ivan Tozzo is the vice-president of Chapecoense, a a Brazilian soccer team that had a terrible plane accident in Colombia in 2016.

As a directing member of the group, one of his duties was to go along with the team to the South American club finals. But before the ill-fated plane took off, Tozzo had a sixth sense.

He decided not to travel, without knowing why. And that decision saved his life.

An ex-guerrilla from El Salvador named Francisco Cerquera talks about a night they tasked him with watching over the southern area of the encampment.

Unlike other times, this night he felt afraid. So much so, that he invented a terrible stomach pain so they would assign a different fighter there instead.

That same night, the army attacked them in the exact area he refused to watch over.

Then on social media, a mother named Martha Fernández recounted her experience. She says her son got home late at night, but not always at the same time.

Once, while it was still early, she felt anxious. The hours started to go by and her son didn’t come home. At dawn she got a call telling her he was at  the hospital.

Someone ran him over. The mother says she’d started to feel anxious an hour before the accident.

And there are surely many more testimonies of similar phenomena. Can we take some of these stories as a basis to confirm the existence of a sixth sense?

Science has asked that question too. In fact, they’ve even done some experiments to try to find the truth. There’s an interesting concept that’s come out of it all: the concept of “anomalous anticipatory activity.”

Northwestern University in Illinois, went through 26 studies investigating a possible sixth sense. The studies were published between 1978 and 2010.

Confronted with the question of whether a sixth sense is possible, the researchers gave a firm answer: yes. According to their findings, there are times when human beings, effectively, anticipate what’s going to happen.

It’s not magic. It’s our unconscious. The studies suggested that the unconscious has information and knowledge that’s much deeper than the conscious mind.

Some physiological measurements indicated that our body responds to a stimulus before we’re aware of it. A study at the University of Washington corroborated that with an experiment in 2005.

Doctor Julia Mossbridge, the director of this research, indicated that if people are in harmony with their bodies, they’ll detect a risky situation up to 10 seconds beforehand.

The researcher suggests that we can’t consider these phenomena as a sixth sense. She calls these kinds of reactions “anomalous anticipatory activity.”

She confirms that it’s not “normal,” in the sense that it’s not true for every subject. On the other hand, it is laboratory-verifiable.

According to Mossbridge, we can’t explain this phenomena with our current understanding of biology. Measurement instruments show changes in the respiratory, cardiac, and pulmonary systems seconds before any dangerous thing happens.

But as of now, we’re unaware of the cause. The group from Northwestern University suggests it might be possible to find explanations in quantum biology. They published the study in Frontiers in Psychology: Perception Science.

Although we can’t give credit to all the feelings and thoughts in us, sometimes they’re so intense we can’t pretend they’re not there.

Whether we call them a sixth sense, intuition, or gut feeling, we should welcome any feelings that help us, protect us, or let us enjoy the moment.

5 Things Highly Intuitive People Do Differently
Being a highly intuitive person isn't easy, especially when your instincts defy norms and "logical explanation." What do your instincts tell you to do? Read more »
Link copied!
Interesting Articles
Psychology
Life Lessons to Learn as Soon as Possible

Psychology
The 9 Most Famous Psychologists in History

These are the founders of history's great psychological schools. Thinkers who have made fundamental contributions to science and who have…

Psychology
The Present Is the Only Thing That Counts

Living in the present moment is an idea we are all aware of, but that very few of us ever…

A lot has been said over the years about the job of a psychologist, and we've developed many stereotypes, from the…