Do You Know What Thought Stopping Is? 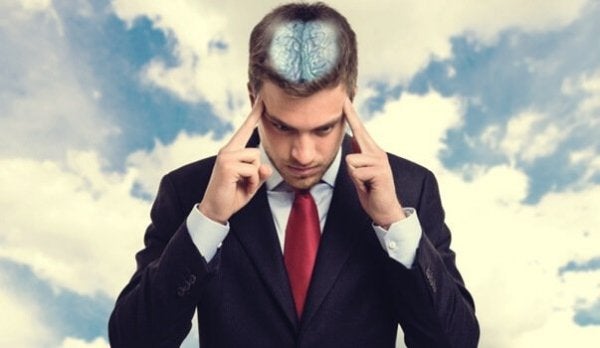 Brooding or obsessive thoughts come into your head out of fear and worry. You turn them over and over in your brain and never actually act on them. This mental dynamic would be destructive for anyone because when you do it you increase your anxiety, stress, and general discomfort. But you can put an end to it through thought stopping.

Obsessive thoughts never do anything for you. For example, imagine you just handed in a big project. Suddenly you start to get scared and worry that it’s not good enough. The worst part is that you probably won’t be able to stop thinking about it. But is that actually helping you at all?

You can’t do anything in the moment. That’s why going back to your negative ideas about that project over and over again and worrying about the outcome even though you have no way of knowing what it will be, will just add to your awful fear and anxiety.

How to successfully stop obsessing

People who deal with obsessive thoughts think their thoughts have all the control. They don’t realize that it’s them who are really giving their thoughts power. They’re the ones who turn things over in their head without any sign that it will help. When this happens, especially if it gives you a headache, thought stopping can be a huge help.

Ideally you’ll learn how to spot the beginning of a potential obsessive thought. That way you’ll be able to use the thought stopping technique in time. What it does is help you prevent your anxiety and discomfort from growing.

It might take some effort at the beginning. It might seem like it doesn’t work. But you have to train in thought stopping systematically, so now we’re going to show you exactly how.

Thought stopping is an exercise recommended by a lot of different psychologists. The best time to start using it is right when you notice an obsession pop up. When that happens, first get away to a space where no one can bother you.

Later on, after you’ve gotten more practice, you won’t need to get away. By that time you’ll be able to do it just about anywhere, anytime. When you’re alone, and if possible somewhere with only natural light, focus on the thought.

You’re going to really center in on it instead of ignoring it or running away from it. Is it pushing you away? Then give it every ounce of your attention. Even if your anxiety or fear gets worse, keep focusing on it for at least one minute.

Then when the thought is at its peak and the anxiety and fear are so overwhelming you can’t take them anymore, shout loud and proud: “stop” or “no more,” or something along those lines.

Of course you can choose any word that works for you. The important thing is that you realize that all those thoughts stop when you say it. Once you’ve realized that, you can leave the room. It might just be a subtle difference at first, but you’ll notice that you’re already more relaxed.

That doesn’t mean it’s over, though. Now you have to go back into the room again. Once you’re back inside, you’ll repeat the exact same process. Except now when you say your word, you’ll say it in a quieter voice.

Around the fourth time, you’ll probably be able to stop the thought without actually having to say your word out loud. The moment has come where your mind does it for you. Now it has the same impact as if you’d shouted it.

Practice the exercise frequently until you’ve mastered it. That way you’ll get to the point when you can do it automatically. There could even be a ton of people around you and none of them would notice. Once you get to this point with thought stopping, you’ll be able to use it whenever you need to. It could be at a dinner with friends, a meeting, when you’re driving, etc.

In fact, you won’t even have to do it consciously. You won’t have to say a thing for your mind to react when it sees a thought loop beginning. This means that the cognitive cost of using it will be extremely low. As a result, you can keep focusing on whatever you’re doing.

Obsessive thoughts can really limit your life. They can interfere with work and enjoying life. Using thought stopping might not completely get rid of your obsessive thoughts, but it will at least stop them from lasting so long or make them less invasive. Then you can go on enjoying life, doing things, and working without your thoughts getting in your way,

What’s it Like to Live with OCD?
Have you ever thought about what it's like to be obsessed with order, cleanliness, and following certain rules? Does it happen to you? Obsessive-compulsive disorder, or OCD, has two main components: obsessions that invade the person's mind, and compulsions aimed at reducing the distress caused by the obsession. Read more »
Link copied!
Interesting Articles
Culture
When Values Become Sacred

Psychology
5 Things You Can Do to Make Better Decisions

It doesn't matter how well you think you make decisions, because you have probably made a couple of bad ones in your…

Psychology
Why Do We Pass Judgment?

When someone judges your path, lend them your shoes. This common phrase is a great reminder. We have all been judged at some point. We've all been the subject of an opinion…

Psychology
How to Avoid the Effects of a Toxic Companion

Psychologist Rafael Santandreu says, “It is not a bad idea to break away from immature people who sustain a wrong…

When we teach children perseverance, we also teach them the importance of continuous effort. They learn to step up and…