Do You Know What Cultural Evolution Is? 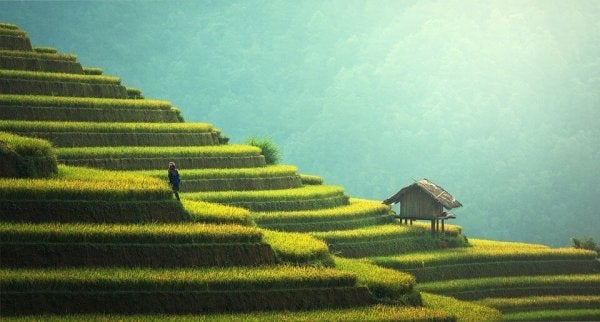 We all know about evolution. It probably makes you think about Charles Darwin and his book, The Origin of Species. His idea was that biological evolution has happened by means of natural selection. The result is that the species most well-adapted for survival would evolve. But that’s not the only kind of evolution there is. There is also something called cultural evolution.

Human beings are the only species that has culture. It’s one of the things that makes us special. We create culture and pass it on, but what exactly is it? Culture is defined as the development of:

It always come from accumulating and passing on knowledge for better adaptation to our environment. Basically, cultural evolution means a long-term transformation of the cultural aspects of a society. Of course, this kind of evolution also changes individual people.

At some point culture became a survival strategy. It helped us pass on our knowledge and skills, which made it possible for us to develop more advanced technology. Along these lines, there are two fundamental skills needed for cultural evolution. Those two skills are social learning and theory of mind.

It might seem like some animals have cultural traditions, but they don’t evolve or improve over time. The reason is that they lack theory of mind and social learning. Unlike animals, human societies gradually develop and evolve through piece-by-piece cultural adaptation.

As people imitate each other, they pick up technologies and modify them while keeping their knowledge and skills. What comes out of these processes is a widely varying, complex culture.

Theory of mind and social learning

Theory of mind is the ability to attribute thoughts and intentions to other people. All humans have it, and we develop it when we’re around 6 years old. Theory of mind is what gives us the understanding that other people think too, which also means they have intentions. It’s what makes it possible for us to have shared beliefs and develop culture.

As humans, we also pass on our culture. When you talk to someone about your religion and show them its sacred rituals, you’re passing your culture onto them. We use social learning to imitate people and learn from what we see.

For example, Carl Sagan talked about how crabs in Japan were the same shape as a samurai’s helmet. That’s because for generations and generations people didn’t fish for any crabs with that shape. The culture revered samurais, so because of social learning, people left those crabs alone and fished for everything else.

All theories that try to predict cultural evolution use a classification that Karl Marx came up with. The classification divides the different aspects of culture into three parts: infrastructure, structure, and superstructure. Every aspect of culture is classified under one of these three levels.

Infrastructure has to do with the most material aspects. These are things like technology, means of production, and the natural resources or people society uses in its social and economic realms.

Structure has to do with social tasks and functions. This is the level of hierarchical power structures. It also deals with the rules that regulate our relationships to each other. Any changes to this level have a big impact on infrastructure, and vice versa.

For example, when a massive amount of Western women entered the work force after World War II, that change in our infrastructure led to a change in our social relationships.

Superstructure involves all the immaterial, ideal aspects of a culture. There are a lot of examples of these, things like religious beliefs, moral values, and “high culture,” which includes painting, architecture, music, literature, and film.

These change are usually done to justify the dominant social order. For example, the increase of women in the work force was associated with a rise in the standing of women who had their own jobs and put bread on the table.

An example of cultural evolution

According to these theories, cultures adapt. More specifically, cultures try to adapt to the environment they’re in. Marin Harris has a theory on this called cultural materialism.

He says that changes to a culture’s infrastructure, especially its means of production and technology, lead to new cultural aspects that change its structure and superstructure. But that doesn’t mean the three levels aren’t still interrelated. Any changes to one level can affect the other two levels, even if they don’t happen as obviously.

One cultural change we can look at through a lens of cultural evolution is cannibalism. This cultural practice came about in some societies as a kind of byproduct of war. But as more nations and empires developed, the goal of war moved past just getting rid of the enemy.

Prisoners of war could help expand a nation, so cannibalism disappeared. There was no need to keep doing it. Thus, changes to the infrastructure (the switch from tribe to nation) made the structure change too. From there, culture dropped the practice of cannibalism

What is Cultural Psychology?
Cultural psychology focuses on the influence of culture on the people who grow up in it. It, along with behavior, also influences thoughts and feelings. Read more »
Link copied!
Interesting Articles
Biographies
Donald Woods Winnicott, an Innovator in Pediatrics

Culture
What Factors Influence Our Mood?

Mood isn't only what makes us smile or laugh out loud. Generally, it's related to an external thing (situation, place,…