Do You Find It Hard to Relate to Others?

Do you find it hard to relate to others? This isn't always due to shyness or introversion. Oftentimes, difficulty socializing is related to the way you were raised, childhood traumas, and even anxiety. 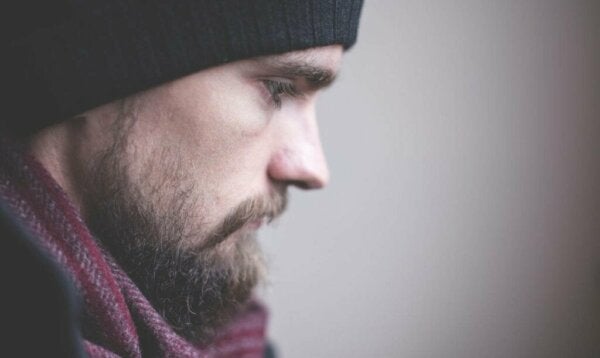 “I find it hard to relate to people. Is there something wrong with me?” This is a recurring question in those who have difficulty socializing, making friends, finding a partner, or acting assertively in a given social context. You may not be aware of it but it’s a fairly common problem.

Agatha Christie said she had a deep fear of making public appearances and conducting interviews. Also, Jorge Luis Borges was shy to the point of sending his friend Oliverio Girondo to act on his behalf in any public function.

None of them were good at socializing and they didn’t want to either. They preferred being in their personal creative spaces. Many people with social limitations like it that way even though they yearn greater resolution and people skills to move around their social circles.

Thus, while figures, such as those mentioned above and Albert Einstein and writers Cormac McCarthy and Harper Lee, showed obvious traits of shyness, not everyone who seems to be socially awkward truly is.

Continue reading to understand a little bit more about what’s behind these behaviors.

Reasons why it’s hard to relate to others

When a person wonders why it’s hard for them to relate to people, they’re really pondering about a common conundrum. They know that modern society excessively prizes extroversion, the openness of character, and social figures. This is because they seem to be endowed (at least in appearance) with a supreme ability to connect and stand out.

However, assuming this idea is partly wrong. In fact, both introverts and extroverts can be popular. In addition, some extroverted people have problems relating and building relationships. This is relevant because difficulty socializing doesn’t always depend on shyness or introversion. True, they’re indeed a factor but not the only one.

Your childhood is a decisive factor that explains your abilities or difficulties to relate to others. Most people have unconsciously internalized the relational rules instilled in them by their primary caregivers. However, keep in mind that if these didn’t work for them back then, they won’t work for you either.

The same goes for the way you communicate if your parents weren’t skilled communicators and didn’t interact much with you.

However, not everything originates during childhood. Sometimes, the reason why you might find it difficult to relate to people has its trigger in psychological, even neurological, factors.

We mentioned that figures like Agatha Christie or Jorge Borges avoided social contact. Their obvious shyness made them prefer safe environments and avoid exposing themselves to situations that made them stressed and uncomfortable. Well, you can’t ask someone why it’s difficult for them to relate to people without taking into account one of the most obvious factors: the shy personality.

More than focusing on this pattern of behavior, it’d be more interesting to understand what’s behind it. Shy people perceive the outside world differently because of what’s known as sensory perception sensitivity.

What does it consist of?

All these factors make you realize that shyness also has a neurological foundation. However, it doesn’t prevent them from learning adequate strategies to improve their social skills.

Everyone can improve their social skills. Anyone can learn to relate to each other in order to enjoy the interaction in any environment.

Here are some starting points:

To conclude, there’s only one thing worth highlighting here. Seek professional help if your difficulty relating to others is chronic, something you’ve been dragging on for years and that hinders your quality of life. Some therapies can make a big difference in your life. It might be the breakthrough you need the most.

The Different Types of Introverted Behavior
Academics, such as Jonathan Cheek and Jennifer Grimes, have identified different types of introverted behavior and we'll look at them in this article. Read more »