How We Explain Other People's Behavior

Human beings have a natural tendency to use double standards when it comes to explaining their own and other people's behavior. 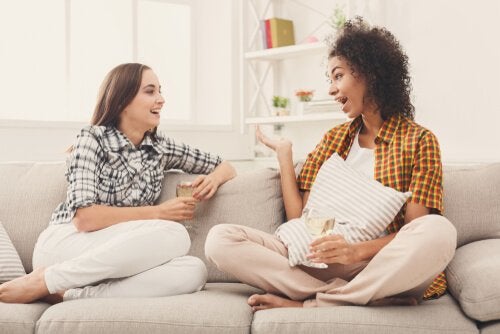 Although it’s hard to believe, and even though you see it in others but not in yourself, it’s a very common habit to use double standards to explain your own and other people’s behavior.

Human beings tend to highlight the influence a situation has on their own actions. But, when it comes to explaining everyone else’s behavior, the tables turn. They tend to point out their aptitude and personality traits. Thus, you may see how a situation affects your actions, especially when said situation is unexpected. However, it’s harder to appreciate that the same happens to other people.

It sounds kind of childish when we put it like that, but it’s something you’re probably unaware of: a silent bias. In psychology, this is the actor-observer bias. The most supported explanation of this phenomenon is that you have a different perspective when you act than when you observe. In other words, what you know and what you feel is different in every situation and that’s what conditions the way you justify or describe behavior.

You know that you don’t always act the same way and your actions are sensitive to circumstances. But when it comes to others, you don’t have any information on whether they always act like that or not. Besides, when you’re doing something, your attention is on the situation. When it’s another person, your attention is on them, and that’s what we call fundamental attribution error. That’s why your perspective changes.

These explanations are very curious when it comes to romantic relationships. Social psychology’s research results will really make you think twice before trying to explain other people’s behavior.

It turns out that your tendency to explain your own behavior or your partner’s behavior will depend more on whether you feel good in the relationship or not, and not on the real reason behind the behavior. It seems that it’s rather common for a couple to point the finger at each other when something isn’t working in the relationship.

Attribution of behavior at a social level

What happens when you try to explain why some groups behave a certain way is also very interesting. These groups could range from racial minorities and the poor to the unemployed. Basically, your explanation of these phenomena has more to do with your values, ideas, and political preferences than reality.

The explanations you attribute to other people’s behavior when you think of them as groups will mainly depend on how closely you can relate to them. The members of a group perceive their equals with more positive attributions than those who can’t relate to them.

Furhan and Reicher’s studies proved that conservatives and liberals explain negative social phenomena, such as poverty or wealth, in different ways.

Thus, conservatives claim that wealthy people are wealthy due to the fact that they save money and work hard. However, liberals see the wealthy as cruel and ruthless. When it comes to poor people, the latter explain their situation as the consequence of inequality of resources and opportunities. But the former group explain poverty as a lack of ambition or laziness.

In the case of protests, conservative people state that people protest due to certain pathological traits, whereas liberals say that social circumstances make people protest.

In conclusion, the reality you perceive as true has a lot more to do with what you project than the truth. Keep this in mind when you try to explain other people’s behavior.

Seven Ways to Prevent Child Behavior Problems
There is no better disciplinary technique than prevention. However, preventing child behavior problems requires time and effort. Read more »
Link copied!
Interesting Articles
Culture
What Do You Feel Right Before Death? This Is What We Know…

Surely we have all lived through situations that we weren't very sure how to get out of. The truth is that…

Today we are going to get to know some great quotes of Aristotle. Undoubtedly, he was, and is, one of the…

José Saramago was the most outstanding voice of Portuguese literature. His astounding works won him the Nobel Prize in Literature.…