Difficult People: It's Not Personal, They Are at War With Themselves 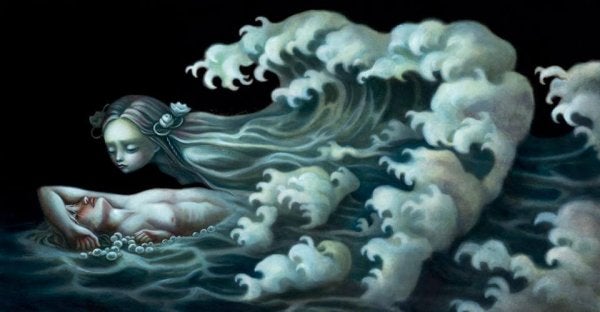 Difficult people, negative people, toxic people. People who hurt us and violate our peace too easily and probably with extreme frequency. Generally we do not want them in our lives, but running into them is inevitable.

They have a knack for confrontation and usually explode without thinking. Their disputes cause us great discomfort and also interfere with our self-image.

We all have a dark side and a bright side, we can all be troublemakers

It’s tiring be next to a person who excessively criticizes, gossips, looks to fight, lives to argue and distorts reality when it suits them by generating arguments between two people among whom there was peace.

This is why we need to create emotional distance, not allow ourselves to absorb negativity, not internalize their attacks and not take on their bad words, which can go very deep and leave a dent in our self-image.

Perhaps the best way to identify a difficult person is to understand that he or she is at war with themselves and that they are not a bottomless pit of evil.

To do this we must be clear about this:

Do not let others drag you into their storm

We cannot let others drag us into their storms. Why? With this example we will understand very well:

-If someone comes to you with a gift and you do not accept it, who owns the gift?

-The person who tried to give it- said one of the students.

-The same goes for envy, anger and insults said the teacher. When it is not accepted, they continue to belong to the one who was carrying it.

Each person gives what he has inside to others, whether it is pleasant or not. That does not mean they are the ones who hurt us, but we are the ones who give validity to their opinions and actions. In other words, there are no offenses but rather those who are offended.

Our internal architecture has weapons to defend itself against attacks and three of the most powerful are these: distancing, understanding and knowing how to ignore the irrelevant.

We can let the words go with the wind or, conversely, remain inside of us. I don’t think that anyone will have trouble figuring out which one would be the most satisfying.

Mihaly Csikszentmihalyi is one of the most successful modern psychologists. People recognize his name all over the world, although it's…

Psychology
Q&A: Going to a Psychologist

While therapy is a methodology that has been developed for decades in many countries, there are still taboos linked to it. Many people have questions before their first appointment with a psychologist. Here are…

Psychology
It's Okay if you still Can't Get Up, Take your Time