You can't always get what you want, but there's an unsurmountable distance between wanting and attaining. However, the very desire that often tortures you also keeps you alive. 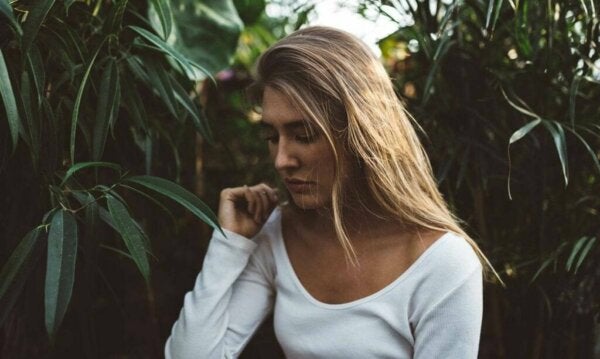 You can’t always get what you want, but there’s a distance, sometimes infinite, between desire and satisfaction. Also, your mind doesn’t control your reality, for better or for worse. Thus, your power is limited and your expectations fragile. As you can see, mistakes are common but help you grow and, thus, are fortunate, especially those that keep you away from entering a slippery path. As you can see, wanting something doesn’t really mean you have the power to get it.

A few days ago, I was listening to a radio announcer who celebrated a love song as she compared it to all of those songs about heartbreak. Eager hearts vs. broken hearts. You’re not who you want to be either because your attempts to fit in are only valid for so long. Thus, many relationships end but love never does. It survives time but doesn’t get better.

Lack of control isn’t pathological. Instead, obsession, or certain strategies that pretend to be an adaptation, are. Repetition instills safety and compulsion is what anxiety feeds upon.

Diagnostic manuals in the hands of a neophyte only lead to the over-pathologization of the population. Everyone fits, more or less, into one frame or another, just as anyone’s uncertain future can easily be described by astrological predictions. Even a broken clock has the right time twice a day.

Hope is the only difference between a broken heart and cheerfulness. Those who maintain hope move forward while those who don’t get stuck. This is why hope is the last thing humans let go of before they turn into ghosts. You become quite vulnerable without it. Thus, you’re only able to establish intimacy with those who are also hopeless.

Everyone is dependent and capable of giving everything to anyone who says or does the right things. Similarly, anyone can also become selfish when threatened or when they feel they’re all alone in protecting their interests.

Thus, you separate yourself from the victim or the executioner, trying to find elements that set you apart. Many others had a bad childhood but yours was happy. However, according to social psychology, everyone is capable of doing censurable acts under specific conditions. As you can see, fear is such a powerful emotion and can make you forget about your essence. There are challenges you’d rather not acknowledge. Therefore, wanting isn’t power.

The importance of fitting in is important during adolescence and teens place a high value in belonging to a group. This is because they need validation from their peers. However, adults forget that such motivation is still present throughout their lives.

In addition, the motivation we refer to here is the kind that also works in the opposite direction. Everyone can criticize an idea, regardless of its content, only because it’s supported by a group you don’t belong to. In fact, this is a common phenomenon in politics.

It’s a distance that’s hard to attain for analysis. This is because the guilt, the fear, the open wounds, and the things you keep to yourself are all heavy. There’s relief in thinking about your parallel lives and “what ifs” when things don’t go as you wish. It’s the trap of judging yourself after something you did when you already know the consequences. Nobody likes to be in pain. However, most people are when they think they’ve hurt someone.

Forgetfulness isn’t irrefutable proof of lack of interest. Your memory is moody and words sometimes remain on the tip of your tongue. Your attention wears out fast and you’re unable to see a monkey playing basketball when the people in the scene tell you you must be counting.

Honesty might just be the scarcest value. This is because everyone has been played a thousand times and experienced hurtful betrayals. Everyone’s considered themselves a fool for being so trusting.

There’s a set of variables beyond your control and they have a lot to do with your destiny. Therefore, wanting isn’t always power, as there’s no determinism in the final result.

Wanting is a longing, a desire, but every other part of the equation is also important. What are your resources? What’s your margin? Realism replaces pessimism the very moment you realize you have other options.

Wanting isn’t power. However, this doesn’t mean you won’t be able to experience your own Pygmalion effect or achieve a self-fulfilling prophecy by wanting something sometimes. You’ll follow a prescribed treatment more faithfully if you think it’ll cure you.

In this regard, impossibility deserves a possibility. In fact, it values intelligence in decision-making and on the human side that must overcome mistrust and bet on honesty and generosity in the face of selfishness. This is an easy answer when fear arises. Desire and satisfaction don’t lead to power but are signs that you’re alive. Desire is what you are when all is lost and hope is the only thing that remains.

Not Wanting and Not Doing in Eastern Philosophy
To Westerners, not wanting and not doing might seem crazy. However, stillness and detachment are two keys to eastern philosophy. Read more »
Link copied!
Interesting Articles
Personal Development
How to Cultivate Your Inner World

Learning how to cultivate your inner world is just as important for your well-being as staying in shape. Your thoughts,…

Personal Development
I'm Trying to Be a Better Person, but I Still Have the Right to Mess Up