Description of the Texas Sharpshooter Fallacy

Have you heard about the Texas sharpshooter fallacy? Today's article will discuss the origin of this phenomenon and how it can influence your mind. 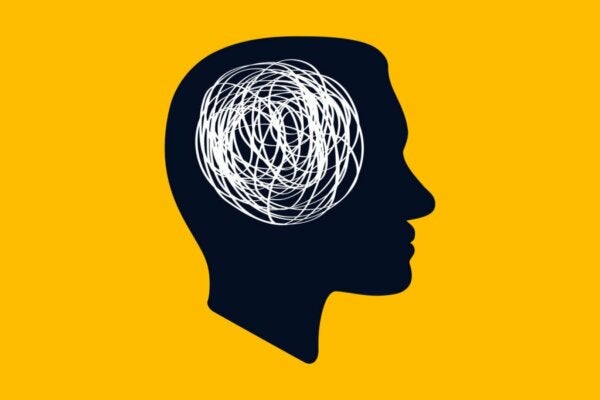 You must know what a fallacy is before you try to understand the Texas sharpshooter fallacy. In philosophy and, more specifically, in the field of logic, fallacies are arguments that initially seem valid but that harbor a bias that completely nullifies their content.

This article will discuss the Texas Sharpshooter fallacy. You’ll learn about its origin, what it consists of, and how this phenomenon modifies the way of interpreting and selecting information, in order to verify your ideas or beliefs. In addition, you’ll also see examples of it in order to understand it a little better, as well as some ideas to prevent it.

“Hasty conclusion like toy balloon. Easy to blow up, easy to pop.”

This is a common fallacy. It happens when someone interprets, makes up, or manipulates certain information that’s initially meaningless until it seems to have a meaning. Either that or until it fulfills the initial hypothesis.

Through this phenomenon, people carry out reasoning that obviates any suggestive indication that their ideas are wrong. They emphasize any information that seemingly supports their hypothesis. Thus, they distort reality and interpret it as it suits them, disfiguring the obvious in order to approximate what they want to defend through this fallacy.

You must know the origin of the phenomenon of the Texas sharpshooter fallacy in order to better understand it. Its name comes from the following story:

“There was a shooter who randomly fired several shots at a barn. Later, he painted a target centered on each one of them and proclaims himself a sharpshooter.”

As you can see, the shooter took the necessary measures to make his action seem logical in order to prove his worth. In other words, he altered the data (painted the targets) to confirm his hypothesis (he was a sharpshooter).

Thus, according to this fallacy, someone modifies observable data in order to confirm their hypotheses (just like the shooter in the story did).

Examples of the Texas sharpshooter fallacy

To continue understanding the Texas sharpshooter fallacy, here’s an example you could easily find in your daily life.

Imagine that you dream of the number seven while you stayed in hotel room number 362 (of which you were previously unaware of). This fallacy would indicate you had a premonitory dream as 3 + 6 – 2 = 7 and this was the number you dreamed of. In other words, you manipulate the data to confirm your hypothesis.

Another example of this fallacy is the interpretation of star constellations. Your culture taught you to draw a succession of imaginary lines to link the stars and form figures when, in reality, their position is determined by chance. In this case, you would ignore the celestial bodies that could distort the figure you’re looking for.

As you can see, people can devalue information that’s inconsistent with their ideas through the Texas sharpshooter fallacy. They can also manipulate or tweak the information in order to convince someone (or themselves) about something. Similarly, you magnify the importance of what you intend to defend through this phenomenon.

Another way to interpret this fallacy, in terms of information selection, is by ignoring the differences that may exist in your data while emphasizing similarities. Having made the reasoning in question, you infer a conclusion that could be false.

The illusion of grouping and apophenia

This fallacy is related to what cognitive psychology refers to as the principles of grouping. It’s the tendency to see patterns or groupings that aren’t really there.

Also, this fallacy is related to apophenia, a term used to refer to the experience of seeing patterns and connections in random or meaningless events. This is similar to what you read above.

However, note that one can interpret these two concepts introduced from the perspective of cognitive psychology and from statistics. In fact, they acquire different nuances from each discipline. For instance, cognitive psychology associates them with the Texas sharpshooter fallacy. This is because, through the latter, one can establish patterns that don’t really exist. All in order to justify or demonstrate personal ideas or to convince others of something.

How to avoid the Texas sharpshooter fallacy

This fallacy, like many others, doesn’t always happen consciously. Here are a couple of key ideas to avoid it:

By doing these two things, along with your awareness of this fallacy, you’ll be able to minimize its appearance and argue your ideas in a much better way.

Emotional Reasoning: what it is, and what the Consequences are
Have you ever vividly experienced things one way even when it's really from from the truth? Well then you've had a first-hand experience with emotional reasoning, a scary mental trap. Read more »
Link copied!
Interesting Articles
Curiosities
The Origin of the Three Kings

It's becoming more and more noticeable that more women study psychology than men. In this article, I'll be analyzing this…