Debate Skills - The Art of Making a Point

The importance of knowing how to argue an idea or refute an argument is fundamental today, where everyone, to a greater or lesser extent, has ways to express ideas and opinions. Thus, debate skills are essential. 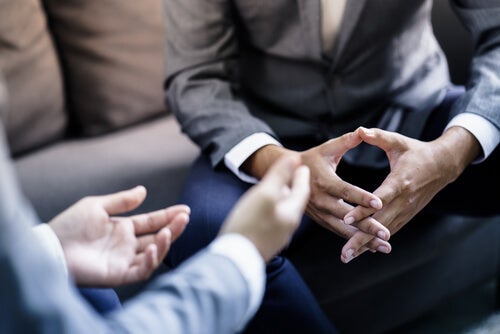 Different opinions are natural elements of social relationships. You can see people debating in various contexts such as social networks, television, and other media. Hence, it’s important to polish your debate skills, as you never know when you’ll be involved in an argument.

Just so you know, the ability to debate is a type of skill commonly practiced even when people are seldom intent on it. Thus, if you depart from tradition, you’ll realize that you can develop intelligent debate skills. Unfortunately, the educational field relegated this type of training only to specific careers.

But critical thinking and argumentation and refutation techniques are essential tools to defend an argument or an idea. This is because social media is a perfect field for developing these skills. Thus, when analyzing the disputes that take place in those places, it’s easy to identify different gaps in communication. The most common, sadly, is the lack of respect for those who don’t share the ideas defended by a majority.

Critical thinking is one of the main skills you’ll need for intelligent debate. It involves being able to think reflectively and differentiate solid arguments from myths. People who are critical will appreciate that, on many occasions, opinions are a mere repetition of arguments created by campaigns aimed precisely at creating a certain way of thinking.

Critical thinking is usually based on logical thinking and critical analysis of ideas or dogmas in order to avoid jumping to conclusions. Thus, you should avoid biased analysis, euphemisms, and arguments based on assumptions.

As we mentioned above, the good news is that you can develop critical thinking. The first step is to consciously choose your sources of information. Likewise, it’s important to separate the information from the medium you got it from. It’s true that the medium may or may not inspire confidence, but that doesn’t exempt you from critically analyzing information that you’re going to share in a debate.

Presenting an argument, or a series of arguments, consists of providing information and reasons to defend an opinion. You start from the critical thinking you used to analyze and reflect the idea you’re defending. The argumentation has several elements:

The rebuttal starts with finding the inconsistency in the opposite argument. For example, people often generalize from personal experiences and, thus, reach wrong conclusions.

In addition to the possible gaps, you must take into account that there’s a counter-argument for each argument. That’s the idea that refutes it. You must apply the same parameters of logic and critical thinking as the initial argument. Otherwise, the inconsistency will fade away.

This is why one of the skills for debate is handling counter-arguments with intelligence. That is, at a certain moment, when someone mistakenly overgeneralizes, you might want to transfer the idea to a broader context. For example, it may be a good idea to first analyze what does seem to work for one country to then apply it elsewhere.

Acquiring intelligent debate skills is a skill you’ll use countless times and in many different areas of your life. It requires intelligence for analysis and resources. Some resources that can help you are simple, such as the use of rational arguments based on ideas already accepted by society and that, in general, relate cause and effect or are based on analogies.

The ability to debate is an art that anyone can acquire. It’s a very valuable social skill. It’ll multiply whatever you care to invest in it. In this sense, there are training courses in debate skills you should try out!

Science and Religion – Results of an Absurd Debate
The conflict between science and religion is typical, classic, and also wrong. People take the debate between science and religion to such an extreme that you have to choose one and hate the other. You see all sorts of absurd reasoning on social media. Read more »
Link copied!
Interesting Articles
Personal Development
A Step by Step Guide to Overcome Your Shyness

Coexistence is the pillar that sustains many aspects of human life. As highly sociable creatures, achieving a peaceful, effective, and…