Depression Is Not Child's Play 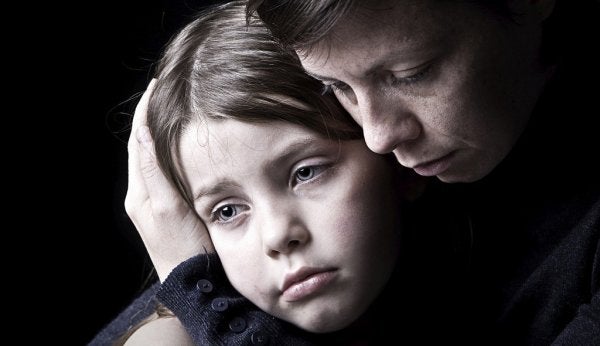 Depression is a problem that affects many people. People are more or less susceptible to suffering from it depending on their lifestyle, ability to solve problems effectively, and life experiences. It’s an illness that scars, inhibits, and hurts people. But does it only present in adults?

We tend to think that depression only affects adults, but children can suffer from it, too. This is also known as pediatric or childhood depression, and the symptoms are very different from those of adults. Remember, children have a hard time controlling their emotions, more than anything because they’re still new to it, and the areas of self-control in the brain aren’t completely developed yet.

Even babies can suffer from depression

If it was already surprising that children can suffer from depression, imagine it happening to a baby. But how could a baby experience this disorder? In such cases, there could be a clear genetic component, although if the mother had depression or postpartum depression, that could also have repercussions on the baby.

When a baby suffers from depression, symptoms include crying and trouble eating. In general, babies don’t have problems eating and their crying has a specific goal: a physiological need, discomfort, or pain. If these things present issues and the symptoms get worse, it could be a case of infant depression.

Another warning sign is lethargy. Babies are normally active; they cry, move, babble, and explore curiously. When they stop doing these things, seem to always be tired, are inactive, or have a lifeless look in their eyes, this is cause for concern. This isn’t normal for a baby.

Babies with depression don’t smile, respond to stimuli, or react if they’re left with a stranger. They’re in a continuous state of apathy.

Is it strange for a baby to suffer from depression? It doesn’t occur very frequently, although the symptoms might just be overlooked until they’re more pronounced in childhood. At that point, they’re more evident, although they’re still very different from those of adults.

When a Mother Ignores Her Baby

Symptoms of depression in children

It’s very important for parents to pay attention to any possible indication that their child is unwell or sadder than usual. Sometimes, work and “adult problems” can make the child’s sadness seem less important, or like a simple mood swing that’s normal for their age.

If they don’t get help, the depression can get worse as they get older. That’s why it’s so important to recognize some of the symptoms that might be affecting them that could indicate childhood depression.

“One out of every 33 children could suffer from depression.”

To be sure that it’s a serious problem and not a passing situation, the symptoms must be present for a long time. But the most important thing is to seek professional help if you’re not sure or these symptoms present chronically. The sooner you identify the problem, the sooner you can put an end to it. Because depression is not child’s play.

Children’s Grief Needs to Be Understood

Some people need to hurt others to feel better about themselves. Behind some of their apparently harmless comments they're often hiding…