The virginity myth is a widespread concept. You must know what it entitles in order to enjoy your sexuality on your own terms. 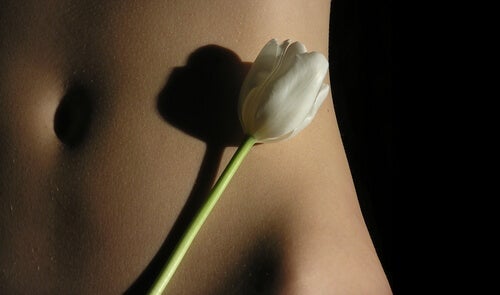 Most people are familiar with the virginity myth. You may have also heard the expression “being a virgin”. It’s an old concept in many cultures and few people question it.

The concept of virginity is present in many of the consultations made to sexologists. However, these professionals seldom answer questions about virginity. They discuss the virginity myth instead.

“It is an infantile superstition of the human spirit that virginity would be thought a virtue and not the barrier that separates ignorance from knowledge.”

The meaning of the virginity myth

The religious meaning of the word virgin, from which “virginity” derives, is well known. However, it’s interesting to know what it implies on a social and psychological level.

Firstly, the meaning of this word is marked and alludes directly to human eroticism. However, people mainly use it to classify. In other words, people label themselves or others according to their membership in one of two groups: those who’ve never had sex and those who have.

There are many false beliefs around sex and they’re constantly fed by all sorts of influences in people’s daily lives.

Below are some of the most widespread ones:

Proof of this is the clitoris, which is an organ whose exclusive function is to give pleasure. Furthermore, it’s easily accessible externally (without penetration) and most women claim they can only achieve an orgasm through its direct stimulation.

People commonly believe that loss of virginity occurs when the hymen, the thin membrane at the entrance to the vaginal cavity, ruptures. This is wrong though, as neither all women are born with it nor do they lose the membrane after penetration.

It makes little sense to relate having sex for the first time to the rupture of this membrane. In fact, if this were so, how would homosexual people lose their “virginity”?

It’s clear that the loss of virginity is much more marked in women than in men. This brings added pressure on the woman, both for either being a “virgin” or for not being one, depending on their age.

Also, there’s the widespread myth of penetration always being painful the first time. It doesn’t have to be so, in fact.

Whether a first vaginal penetration hurts depends on many variables. One of the most important ones is how relaxed a woman is when their partner penetrates them.

People often talk about it as losing purity, chastity, and innocence. These “losses” are associated with a specific practice (and not with others), which emphasizes the absurdity of such an association.

Internalizing this concept and living with its social meaning can be harmful. Why? Because it’s one of the concepts that limit eroticism.

In addition, virginity and its social connotations deprive people of exploring a whole repertoire of pleasurable acts they can obtain through the various forms of penetration.

Sex
Are There Sex Differences in Intelligence?

"Women must earn less than men because they're weaker, smaller, and less intelligent". A Polish MEP made these statements just…