Arguments in a Relationship: How to Make Them Positive 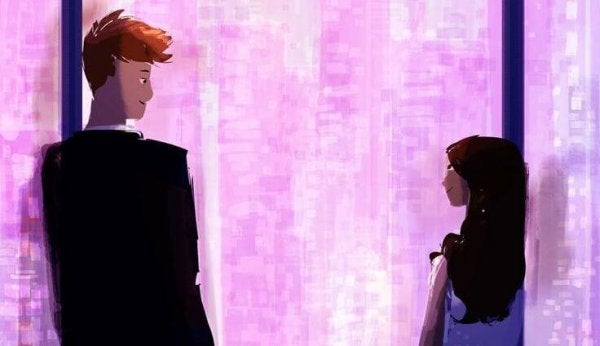 Arguing is something we consider negative, but it could be positive if we knew how to do it. Today, we will focus on arguments that we have with a significant other- girlfriend, boyfriend, husband, wife, etc.- that usually drive most of us crazy.

Arguments can cause us to be upset with our partner or make us feel bad about ourselves. Sometimes, we have to seek out forgiveness afterwards. Arguments can even go so far as to cause a break-up.

“There are men whose words are like blows of a sword, but the tongues of wise men are the medicine.”

Just like how we learn how to speak, to debate, to explain, and a million other things, we must also learn how to argue. This is especially important when it comes to our relationships.

Why aren’t we taught how to do this? Because we close our eyes and ears to all that we consider negative, all that we are told we shouldn’t do. Today, we will change that. We will learn how to argue!

Arguments in your relationship are normal

Many couples believe that when they argue, it means something isn’t going well. They believe they shouldn’t argue ever, or at least hardly ever.

This couldn’t be further from the truth. Arguments indicate differences between two people who are in a relationship. Arguments occur frequently in our relationships with our siblings, our parents, our friends, and many others.

If there is a healthy place for arguments in our own family, why not in our romantic relationship? We are all human, and arguments can even strengthen a relationship.

With an argument, a problem may be solved that, without the argument, may have gotten even worse. These kinds of heated discussions allow us to know the differences between us and find a solution that benefits both of members of the relationship.

When a couple does not argue at all, that is when we should be worried. Something is wrong. Likely, one or both of the people involved does not say what he or she actually is thinking.

This can be frustrating for the person who does always say what they think. When there is a difference in opinion that needs to be discussed, something is missing. Do you know what it is? Exactly: communication.

Yes, arguing is communicating, learning, and discovering what is happening in our relationship. It is a tool to uncover what problems we have, how we can resolve them, and for discovering something new about our significant other.

“If two people agree, if they are in harmony, everything recovers their balance and the best comes for each one of those lives.”

Learn how to argue with your partner!

Undoubtedly, you are thinking it is unlikely that there is actually science behind knowing how to argue. However, that is a mistake. Here are three fundamental points that you should always keep in mind, especially when you are arguing with your partner:

These points do not try to ignore the principal problem which was the initial cause of the argument. These points are simply a strategy to carry out an argument and try to reach an agreement.

Sometimes, we explode because maybe we have bottled something up inside for a while. At times like this, an argument may be both inevitable and useful, and allow us to let out all of that pent up negative energy in a controlled way.

Don’t attack the other person; be sincere

It is important for a couple to have arguments, and be honest with each other. It is important that neither person keeps to him or herself feelings that will inevitably come out. They may end up being shared in an undesirable way, or without control.

The difficult part is not having arguments with your significant other. What is truly difficult is knowing how to resolve them and continuing to be together, following the shared path you have chosen together.

Attacking the other person, ignoring them, being defensive, and trying to find out who is “right” are a few reactions that most of us have had in an argument. These, however, only hurt your partner, and have no real motive behind them.

These reactions only create pain, and a further desire to defend oneself. They do not solve the problem. Now that you know how to argue, put those three easy points into practice, and allow your arguments to strengthen your relationship.

Psychology
The Wisdom of the Elderly

The wisdom of the elderly is infinite. You only need to be willing to wholeheartedly listen to their life stories. They want us to appreciate the wisdom they've gathered throughout…

Psychology
How Fear Feeds On Ignorance

Fear is a basic human emotion, with a very positive function in our lives. It is very much part of our survival toolkit. Although it's not pleasant to experience it, its appearance…