Daniel Lagache was the protagonist of important 20th-century debates. He was also the author of important works that have become classics. 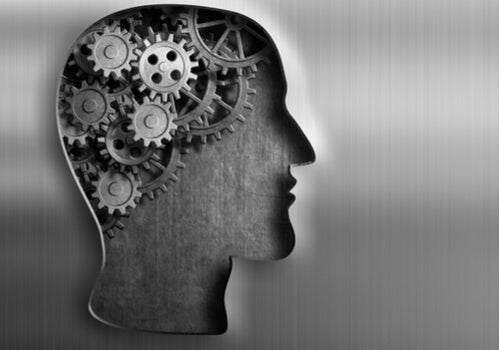 Daniel Lagache was a member of what people called the “Second Psychoanalytic Generation” in France. His achievements were remarkable in that country, as he set important milestones. For example, he differentiated psychology and philosophy, defining limits of autonomy between both two disciplines.

Likewise, Daniel Lagache brought psychoanalysis to universities. In the same way, he worked to establish firm means of communication between medicine and psychoanalysis, and between the latter and psychology.

His work promoted fruitful epistemological debates, which were echoed in psychoanalytic practice as a whole.

Lagache was one of the pioneers of what was known at the time as laienanalyse or “profane analysis”. This position promoted the idea that, in order to be a psychoanalyst, people didn’t have to study medicine. Daniel Lagache, in contrast to Jacques Lacan, adhered to the standpoint that this field was outside the domain of psychologists.

Who was Daniel Lagache?

Daniel Lagache was born in Paris, France, on December 3, 1903. He came from a well-to-do family, and, as a result, had a first-class education. His father was a prestigious lawyer, who died when Lagache was only 13 years old.

After his father’s death, the family situation became tense, as Daniel’s mother had a clear preference for his brother. This situation led to deep-seated jealousy. In fact, a good part of Lagache’s work is about jealousy, in the different contexts of human relationships.

In 1924, Daniel Lagache entered the École Normale Supérieure in Paris. Some of his classmates were Jean-Paul Sartre, Paul Nizan, Raymond Aron, and Georges Canguilhem. His friendships with these great thinkers had a notable influence on his education, which soon became oriented towards philosophy.

His encounter with psychoanalysis

At that time, philosophy and psychology belonged to the same discipline. It was common for regular students to attend presentations of cases of the mentally ill. Lagache had access to the classes given by Georges Dumas, who encouraged him to direct his studies towards medicine and psychology.

Lagache first worked as a philosophy attaché and then did an internship in several psychiatric hospitals. Later, he became the director of a clinic. During his training, he was taught by Gaétan Gatian de Cléarambault, a famous psychiatrist and ethnologist.

In 1934, he wrote a research paper on verbal hallucinations, which became his undergraduate thesis in psychiatry. At first, he was mainly interested in passionate psychoses and paranoia.

The influence of philosopher Karl Jaspers on his thinking was notable. However, he conducted psychoanalyses with Rudolph Loewenstein. This is how he discovered the ideas of Sigmund Freud.

Daniel Lagache became a university professor in Strasbourg. In 1938, he met Sigmund Freud personally. In 1947, he became the director of the psychology department at Sorbonne University.

Lagache was a convinced Freudian and also a brilliantly academic debater. In 1963, he was expelled from the Paris Psychoanalytical Society and the International Psychoanalytic Association (IPA), along with Jacques Lacan. Both had argued that the ideas and practices of those institutions didn’t adhere to the essential principles of psychoanalysis.

Lagache founded the French Psychoanalytical Society with Lacan and Dolto. The goal of this society was to promote a return to Freudian principles. All of them believed that the official voices of the time were excessively influenced by other currents of psychology, such as behaviorism.

One of the first tasks of the French Psychoanalytical Society was to elaborate a dictionary of Psychoanalysis. The goal was to collect and specify the basic terms and concepts of this discipline. Lagache collaborated in this task.

Later on, Daniel Lagache distanced himself from Lacan. The latter believed in establishing a very defined line between psychology and psychoanalysis, which Lagache didn’t agree on. Likewise, they didn’t agree on his theory about personality.

Daniel Lagache died in Paris, France, on his 69th birthday.

André Green and the Practice of Psychoanalysis
André Green was one of the most renowned figures of contemporary psychoanalysis. He was also the most-translated French psychoanalyst. Read more »
Link copied!
Interesting Articles
Biographies
Marilyn vos Savant: The Woman With the Highest Recorded IQ