The Danger of Calling Someone a "Toxic Person" 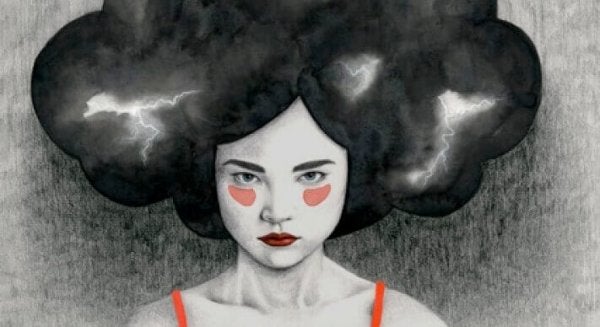 Be careful, because “toxic person” is an easy label to use in an argument. It means we’ve put all the negative responsibility for the issue on them.

The problem is that it makes it easier for us to feel like victims: a very tempting idea, of course. That’s why it’s such a tempting resource for emotional slackers or people who think they’re perfect. And for people who think a “toxic person” doesn’t deserve any empathy.

These last people don’t want to see a person’s toxicity as a reaction to a complex situation and past. They’d rather think it’s inherent. In other words, a person who uses the label of “toxic person” is unaware that this toxicity, if it exists, has a history.

Another reason we should be careful with the label “toxic person” is that it’s not a scientific label. There are no studies on toxicity.

There are studies of behavior that people later label as toxic. They do it “a posteriori,” and without taking into account many of the variables that cause these behaviors.

In fact, the label is now so popular that there’s a serious chance it might be used against us. No one is safe from being put into the “toxic person” box.  It’s a short step from labeling behaviors to labeling people.

Why Has the Label “Toxic Person” Left Such a Mark?

Calling someone toxic isn’t harmless. In fact, it could be a very serious attack. A cruel insult disguised in moral authority you might get from flipping through a couple self-help books.

The term toxic is easy to understand. It gets its strength from sounding like poison. In our imaginations, it suggests a dangerous substance we have to be very careful with. So when we say something is toxic, we’re saying we shouldn’t trust it.

It’s a shame that the weapon of this harmful label is in so many people’s ignorant hands. It merits some reflection…

There Are No Toxic People, Just Toxic Relationships or Behaviors

No one is toxic in and of themselves.

Human beings don’t have arsenic in place of blood. Sometimes we’re a calm sea, where the sails and rudder seem to line up and carry us where we want. But other times we just feel the storm, without ever seeing the water. A storm we quite often feed, lead, or pass on.

In life, our expectations, ways of behaving, and values will clash with those of the people around us. Feeling that emptiness and uncertainty, we might opt for isolating that emotional emptiness. Instead, we let our responsibility fall on the other person.

Maybe we need to do some introspection and a bit of work on ourselves first before thinking about calling anyone else a  “toxic person.”

Toxic Dynamics Instead of Toxic Person

Everyone can be a victim of toxic behavior. But, it’s more common for us to participate in toxic dynamics, and not for us to be toxic people.

You can see that the term toxic is as powerful as it is imprecise. Saying someone is a toxic person only indicates they’re dangerous or potentially so. It doesn’t say how they’re dangerous, what aspects they affect, how we can protect ourselves if necessary.

And it doesn’t even touch how we might help them. Let’s stop labeling people and see them for the individuals they are.

How to Know if You Have a Toxic Friendship
There are two sides to a toxic friendship, one active and one more passive. Read on to discover the dangers posed by a relationship like this Read more »
Link copied!
Interesting Articles
Psychology
Leaving Everything for Later Is Too Late

So often in life, we leave what we have pending for later. It may be a small task, small steps…

Psychology
Learning to Prioritize: Key to Health and Well-being

Learning to prioritize goes beyond knowing how to manage time well. To prioritize is to organize your own life and to clarify…

Psychology
Women Want to Talk, Men Want to Run Away

A lack of communication is one of the main problems that can affect romantic relationships. This is nothing new. But here we'll discuss a…

Estanislao Zuleta is not very well-known outside of Colombia, despite the fact that this philosopher was a United Nations advisor and really…