People with borderline personality disorder (BPD) tend to have crises throughout their lives. These episodes of emotional instability cause a lot of suffering and fear of abandonment. What causes these crises and what can we do about them? Keep reading to find out. 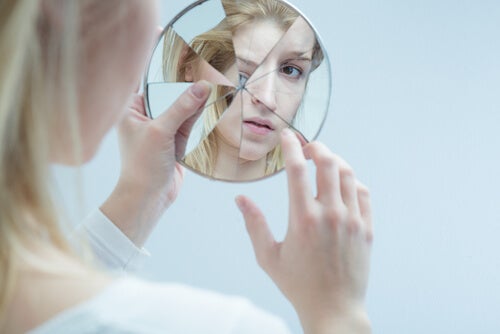 Borderline personality disorder (BPD) involves patterns of instability in an individual’s relationships, self-image, and emotions. In most cases, these patterns are considered self-destructive. In this article, we’ll discuss crisis intervention for people with BPD. People with BPD experience different crises over the course of their lives as a response to some kind of stressor or biological factor.

As an individual ages, this disorder loses momentum. However, it’s important to remember that, because it’s a personality disorder, it’s chronic in nature. That’s why it’s so important to learn to manage it.

A BPD crisis is like an emotional tsunami that’s tremendously difficult to control. Patients experience impulsivity, fear, helplessness, and abandonment. On occasion, they feel the need to harm themselves. In the face of this tidal wave of emotions, there’s very little they can do to stop it.

It’s like they’re possessed by someone else. In fact, once the crisis is over, people with BPD often feel shame and guilt because they don’t identify with their behavior.

On the other hand, those in the patient’s immediate environment during a crisis try anything they can think of to make sure that the individual doesn’t do anything they might later regret.

This is extremely difficult and painful for the patient’s family members. Not just because they might become physically or verbally aggressive, but because the family members know that the BPD patient is the one suffering the most.

If you ask patients with borderline personality disorder what they need during a crisis, they’ll probably tell you that the most important things are affection, understanding, and love.

During a BPD crisis, the patient feels incredibly empty, as if they were missing some crucial piece of their emotional puzzle. Due to that feeling, they set out to hunt down that piece. Unfortunately, they rarely do it in an appropriate way. Instead of asking for affection and love with words, they do it with demands, angry criticism, instability, or constant dysphoria.

At the beginning, people who are nearby when the crisis comes on pay attention to the individual, try to reason with them, etc. But when they see that they aren’t getting any results, they decide they’d be better off keeping their distance. That only reinforces the feelings of abandonment that BPD patients already fear, which increases their dysphoric emotions.

Instead, experts suggest that the smartest thing for family members or significant others to do is to provide non-judgmental accompaniment during the crisis. Let’s delve deeper into this.

Most people who suffer from BPD have grown up in environments where no one ever validated their emotions. This kind of environment is known as an invalidating environment. This, along with a certain biological disposition, contributes to its development.

You can’t control biology, but you do have some measure of control over your environment.

As we mentioned before, when someone is in the midst of a BPD crisis, what they need the most is the company of a non-judgemental person, unconditional acceptance, and validation of their emotions. This combination will help reduce the emotional intensity and duration of the crisis.

Here are some crisis intervention for BPD strategies that family members can use:

An individual with borderline personality disorder needs to feel unconditionally accepted. That means accepting the chaos and disorder in their lives and the fact that crises will happen. They need the people who love them to call the crises what they are: illness-related crises.

That means that if you’re with a BPD patient when they’re having a crisis, don’t lecture them. Don’t get defensive, and don’t contradict them. Instead, remember that the crisis is part of their disorder and it won’t last forever.

Be loving and caring

As we mentioned before, people in the middle of a BPD crisis need love, company, caring, and empathy. This means all you have to do is stick by their side without passing judgment.

If they insult you, don’t get defensive or respond. Just tell them that you’ll be there no matter what. It’s hard to be calm when someone is treating you badly, but it’s the only way to deactivate the crisis.

If you argue with them, the crisis will worsen and things won’t end well. Thus, just take a deep breath and be patient. It’ll pass.

Help them remember who they are

Remind them that they aren’t defined by their disorder. Borderline personality disorder causes symptoms, just like any other illness, and what they’re experiencing are its symptoms. However, that doesn’t mean that they’re a bad person or that they agree with their symptoms.

These kinds of ideas help the patient feel understood and supported. It also helps them feel less guilty about what happened during the crisis when it’s finally over.

It’s important not to leave BPD patients alone when they’re in a crisis. That’s because sometimes they attempt to regulate their emotions with self-harm.

If you think that your loved one might try to hurt themselves or commit suicide, it’s a good idea to remove anything that could be dangerous, such as knives, pills, etc.

Being caring and loving isn’t the same as being overprotective. It’s one thing to validate their emotions and tolerate chaos, but be careful not to be an enabler or make them dependent on you. It’s important to incentivize your loved one to keep a regular routine and be as responsible and independent as possible. Thus, it’s important to be compassionate and tolerant, but their lives have to go on like normal.

In short, BPD crises aren’t easy to manage for anyone. The patient and their family and friends will struggle, there’s no doubt about that. The emotional intensity may make you want to stay as far away as possible from them. Patients themselves try to get far away from their own crisis through self-harm.

However, if you can resist that urge to run and stick with your loved one in their moments of need, you can make all the difference. Instead of running away, embrace them. It won’t feel natural, as it’s probably the very last thing you want to do at that moment. But you may be surprised how a simple hug can deactivate the demons and bring your loved one back.

We hope you enjoyed reading about crisis intervention for BPD.