Borderline Personality Disorder: What it is and How it's Treated 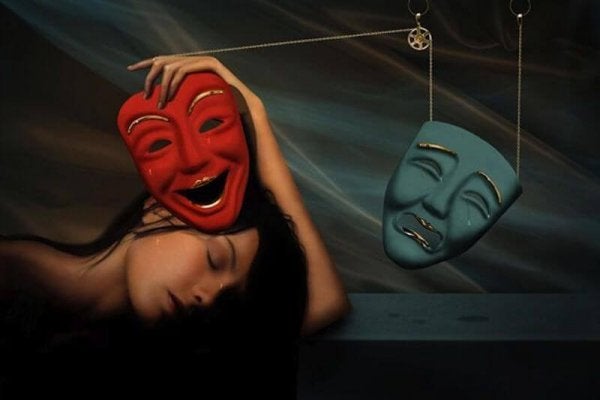 Borderline Personality Disorder (BPD) affects the way of thinking, perceiving, and relating of the person who suffers from it. This person may be inflexible, which causes maladaptation and behaviors that deviate from social norms. The essential characteristic of Borderline Personality Disorder is a general pattern of instability associated with interpersonal relationships and self-image.

BPD entails, in short, a persistent anomaly of social and personal functioning, a peculiar way of dealing with problems and interpersonal relationships. It usually begins in adolescence or in the beginning of adulthood. Most people receive diagnoses between 19 and 34 years old.

People with BPD make frantic efforts to avoid real or imagined abandonment. The perception of being abandoned or rejected can lead to profound changes in self-image, cognition, and behavior.

These individuals are very sensitive to environmental circumstances. They experience an immense fear of abandonment and inappropriate anger. This is true even when the separation is real, but for a limited time. For example, they may experience anger when someone important to them arrives a few minutes late to a meeting or must cancel an appointment with them.

People with BPD may come to believe this “abandonment” implies that they are “bad”. Fears of abandonment are related to an intolerance for loneliness and the need to have other people with them. Their frantic efforts to avoid abandonment can include impulsive acts such as self-harm or suicidal behavior.

Neither with nor without you

People with Borderline Personality Disorder have a pattern of unstable and intense relationships. They can idolize caregivers or potential lovers at the first or second meeting. They may also demand to spend a lot of time with that person or share intimate details of the relationship too soon.

However, they can quickly go from idealizing to devaluing people. They may feel that the other person does not care enough, give enough, or is not there often enough. People with BPD can care for others, but only with the expectation that the other person is “there” to meet their needs when asked. These individuals are prone to sudden and dramatic changes in their idea of others. They can consider others their best support or their most cruel punishers.

These changes usually reflect disillusionment with a caregiver whose parenting qualities have been idealized or whose rejection or abandonment is expected.

There may be a sharp and persistent alteration of identity, characterized by an unstable self-image or sense of self. People with BPD change suddenly and dramatically with regard to their self-image, goals, values, and professional aspirations.

They may also experience sudden changes in their sexual identity, values, and types of friends. These individuals can vary suddenly and assume the role of a person in need who begs for help, or a vengeful person who seeks compensation for mistreatment suffered.

Usually, people with Borderline Personality Disorder have a negative or harmful self-image. Sometimes, they do not feel as if they exist at all. This occurs when they feel the lack of a meaningful relationship, care, and support.

In addition, people with BPD often perform worse in unstructured situations at work or school.

People with Borderline Personality Disorder exhibit impulsivity in at least two areas that are potentially harmful to themselves. They can play pathologically, spend money irresponsibly, binge eat, abuse drugs, have unprotected sex, or drive recklessly. In addition, they usually present behaviors such as recurrent suicidal threats or self-injurious behaviors.

Completed suicide occurs in 10% of these individuals. Acts of self-arm (cuts, burns) and threats or suicide attempts are also common. The suicidal tendency is usually the reason for these people to ask for help.

Many instances of self-harm are a reaction to the perceived threat of separation or rejection. During these experiences, self-mutilation may occur. It often implies relief because it affirms the ability to feel or lessens the feeling of guilt over being a bad or despicable person.

People with Borderline Personality Disorder demonstrate instability in relationships that is due to a very reactive emotionality. For example, they suffer episodes of irritability or anxiety that usually last a few hours and rarely more than a few days. These episodes may reflect the extreme reactivity of the individual to interpersonal stressors.

Chronic feelings of emptiness and anger

People suffering from BPD often complain of chronic feelings of emptiness and get bored easily, constantly looking for something to do. In addition, they may express their anger in inappropriate and intense ways and have great difficulty controlling it.

They usually present  themselves in a very sarcastic way, with lasting resentments and verbal explosions. Their anger is often provoked when they perceive that a caregiver or lover is negligent, distant, indifferent, or intends to abandon them.

On the border of “madness”

During periods of extreme stress, people with BPD may show transient paranoid ideation or dissociative symptoms (eg. depersonalization). These episodes occur more frequently in response to a real or imaginary abandonment.

The symptoms tend to be transient and last minutes or hours. The actual return of the car of the significant person can cause the symptoms to subside.

What is the cause of Borderline Personality Disorder?

As in other disorders, there is still no clear cause for this type of personality. We have, however, discovered different risk factors that can make a person predisposed to this condition. These factors can be biological, psychosocial, or genetic.

What we do know is that, in terms of the power of genetics, Borderline Personality Disorder is about five times more frequent among first-degree biological relatives. There is also a greater family risk of substance use disorders antisocial personality disorder, and bipolar or depressive disorders.

What are the treatments for BPD?

Treatment continues to be a difficult subject for professionals due to the disorder’s complexity and way of manifesting itself. The instability of people who have this disorder hinders adherence to treatment and treatment is often abandoned.

Pharmacotherapy should be seen as a complementary intervention in the treatment of BPD. In no case should it be treated as a substitute for the work that is done between the person and their social support group.

Doctors will prescribe medications that are best suited to the patient’s current symptoms. Normally they are aimed at alleviating the symptoms presented within the motional and affective instability, impulsivity and behavioral lack of control, and cognitive difficulties.

The goals of the therapy are as follows:

Intervention in crisis through hospitalization

This response is reserved for times of self-harm, psychotic and depressive episodes, psychosocial deterioration, and family overflow. They are usually short-term admissions aimed at controlling the acute symptoms or the crisis situation (compensate the person as much as possible). Once the episode of crisis is controlled, the person returns home under medical supervision and with a pharmacological treatment.

As we have seen, BPD is a complex disorder, rarely understood and difficult to treat. However, the suffering of these patients and the people in their environment is such that it is essential to deepen our research and implement effective treatments.

Do You Know About Borderline Personality Disorder?
Surely you've heard about Borderline personality disorder. People who suffer from it in some way feel like they are at the edge of something. Read more »
Link copied!
Interesting Articles
Psychology
How We're Manipulated by the Media

Multiple Sclerosis (MS) is a chronic disease of the central nervous system. It exists all over the world. It is…

Psychology
How to Stop Obsessive Thoughts