Crisis Fatigue - When Reality is Overwhelming

Physical and emotional exhaustion, negativity, and concentration problems all contribute to crisis fatigue. This is a new clinical phenomenon that arises from the current context. Does it sound like you? Continue reading. Today's article will discuss what this is and what you can do about it. 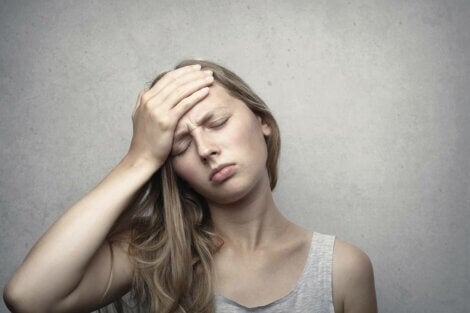 Crisis fatigue is a reality, beyond being the new fad everyone talks about on social networks. It’s a feeling that a significant part of the population experiences in a context of uncertainty, changes, pressure, and fear. It manifests as exhaustion, indeterminate physical pain, and apathy.

Psychiatrists and psychologists don’t define it as a clinical disorder yet but point out that they’re letting it run its course while they watch how it progresses. This is clearly a new worldwide health crisis. Thus, to expect new psychological manifestations in the face of these facts is understandable and even expected.

What exactly is crisis fatigue?

Arianna Galligher, director of the Stress, Trauma, and Resilience Program (STAR) at Ohio State University, points out something interesting. People are used to facing crises, but the situation today is quite different. In simple terms, it’s a big crisis that brings many related crises along with it. This kaleidoscope of challenges places humans in a present and a future. These are often surpassing, overwhelming, and immobilizing.

Crisis fatigue is a phenomenon in which the mind and body try to adapt to an environmental event that disproportionately accelerates the natural stress response. The release of adrenaline and cortisol is continuous and excessive. That is to say, it isn’t limited to a specific moment; to a concrete threat you must defend yourself from. Reality is full of small (or large) threats that lead to a series of specific manifestations.

The symptoms of crisis fatigue

You must understand that the signs and symptoms of this condition can vary greatly from person to person. However, one can highlight some common elements, such as:

There are several reasons to explain crisis fatigue. The first one we mentioned above is that you may live in an immediate reality in which there’s not only a threat or a challenge but a world of overwhelming uncertainties. Also, the lack of control over the resolution of a given situation doesn’t help.

In addition, there are some psychological mechanisms as well. You may exhaust many of these coping resources. In other words, you may get tired of being strong and reach a limit where you no longer know how to react or what to do.

Furthermore, and from an emotional standpoint, fear and negativity are contagious. There are times when continuous exposure to the media or pressure from the closest environment can intensify the feeling of exhaustion and helplessness.

One thing that’s clear from the field of psychology is that, when the current situation stabilizes and you recover your normal routine, the next step is to flatten the curve of mental health. There’s been a huge increase in depressions and anxiety disorders recently.

Neither can psychologists neglect patients with problems such as borderline personality disorder, schizophrenia, and bipolar disorder. Humans are going through a harsh reality and need help in this area.

Thus, the only thing to do in the present moment is to find effective strategies and petition to your local community services to learn how to attend, detect, and prevent problems.

How to deal with it

Maintaining hope, developing new coping strategies in the face of stress, and managing emotions are other basic nutrients to feed on. Either way, it’s good to remember that these reactions are completely normal. You can expect to be ill, fearful, and helpless during these times.

Finally, don’t hesitate to seek support in order to navigate this complex reality. Thanks for reading.