Creativity: A Plant We Must Tend 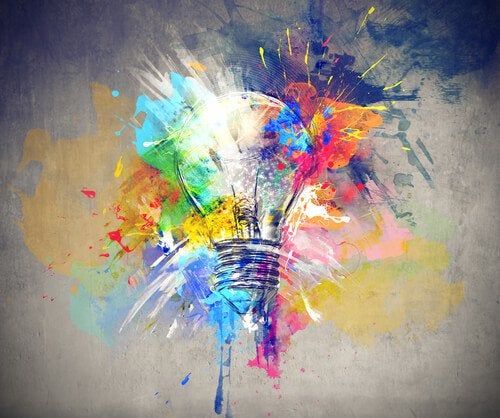 Creativity: a word we have heard so many times before. A word that everyone uses so frequently, whether they are specialists in the subject or not. But, are we really sure of what this tool implies in our daily life? We have always considered it as a quality of childhood, and even of adolescence. But it would be a mistake to think it disappears in adulthood.

Creativity is underestimated. It is viewed as a thing of crazy people or of great geniuses. Fortunately, little by little we have been able to popularize this ability, which is actually within us all. It is simply a little more asleep in some of us, a little more awake in others.

People who have awakened their creativity have a very rich inner mental world. In this world, imagination rules and governs over the resolution of problems or the proposal of interesting questions. Creative people are capable of accumulating a countless number of alternatives and different possibilities and approaches to face a single “problem.”

“Logic will get you from point A to point B. Imagination will take you everywhere.”
-Albert Einstein-

To be creative we must be flexible

Creativity comes from the verb “create”. And creating is nothing more than the act of inventing or generating something new. It’s not a quality owned exclusively by painters, artists, architects and musicians, as it’s commonly thought. A creative person is every single person who manages to create original solutions for the emerging problems in their daily life. It is also that person who wonders and asks questions about subjects no one had considered before.

Many of these people have been able to develop their creativity during their childhood. This is due to the fact that it was demanded and reinforced by the people who participated in their education. Let’s say there’s a child who drew a sheep with wings. We know that sheep don’t have wings. In fact, it sounds funny to affirm it.

This is a fact, sheep do not have wings.  That’s fine. But, what is the problem with a kid drawing a sheep this way? Why must we censor this particular “work of art”?

Creativity is nurtured by rewards and not by punishments

Especially during childhood, the important part is the process itself and not the final result. There must be no hurry to qualify the artistic expression of a child with words like “good” or “bad”. By acting this way we are punishing his spontaneity and, therefore, encouraging him to abandon it. If I give my child the freedom to put imagination into his drawings, he will be able to generate other possible alternatives. Ones different from the ones that already exist.

He will develop the ability to imagine and express himself spontaneously. The moment we interfere or abruptly interrupt that creative outburst (“Son, you already know sheep don’t have wings. That’s not how you draw it correctly. Here, I’ll help you erase those wings.”) and if we make this interference a habit, the child will stop expressing himself  in a genuine way.

“Creativity involves breaking out of established patterns in order to look at things in a different way.”
-Edward from Bono-

On the other hand, if I reinforce that inventiveness, I can help that child keep expressing what his effervescent imagination longs to offer to the world. “It must be a very free sheep. It wants to fly!” “How great is it that you can help it fly like that!” “Where do you think it wants to go?”…

“Nothing is as free as the mind of a man.”
-David Hume-

All of these are expressions which validate and value the expression of the child. Using them is a good way of promoting imagination that seems to be infinitely tangled to our adult eyes.

Being witty is not a thing of crazy people

Many creative adults received permission when they were little kids to be free in their expressions. They received that enforcement to be genuine. In contrast, the childhood of people who are now not creative was probably marked by the censoring of these types of expressions. Or the censorship of anything which does not correspond with what is expected or what is common.

Let’s step into the shoes of these people. If in our childhood, people didn’t value something that was going to be useful in adult life, we will learn that it is “a thing of crazy people”. That expressing ourselves freely using these types of ideas might lead to people viewing us as “improper.”

Certainly, we live in a world in which self-control is rewarded. A world in which spontaneity is censored somehow. Creativity needs this spontaneity to survive. It needs to be in contact with reality and even to be a source of mistakes. This way, we will prevent it from being placed in a corner, like an old piece of junk, inside of us.

Many times what happens is that deep down there exists a fear of trying. A fear of failing in the attempt, of the consequences of our own genuine expression. A fear which grows in certain working positions or situations of life…

“There would be no creativity without the curiosity which moves us and makes us patiently impatient in the face of a world we did not make. A world we make bigger with something we do.”
-Paulo Freire-

We were born free to express our most imaginative ideas

Nothing is further from reality: being creative means possessing a very rich inner world, which is full of possible alternatives to each one of the steps I could came across in the staircase of my life. It means have a backpack full of resources, of colors of different shades, of multiple textures…

We were not born structured and hermetically sealed. We were born free and with an immense power to develop what is ours and is born with us.

“Creativity is not only for artists. Creativity has to be for all.  The creator tries to bring new points of view, ideas and visions so later on people can opt whether that seems interesting to them or not.”
-Philippe Starck-

Let’s not be afraid to develop and unleash something so beautiful. You will find yourself doing things you would never have thought you could do.

Psychology
4 Excuses That Keep You From Reaching Your Goals

According to anthropologist Helen Fisher, people are born to love. Whether it's right or not, this intense and complex emotion is also…

It is impossible to keep uncomfortable emotions off to the side and out of sight. Adults can't do it, and children…

Psychology
5 of the Best Quotes from Anna Freud

Anna Freud was a psychoanalyst who continued the legacy of her father, Sigmund Freud. However, her emphasis was almost exclusively…