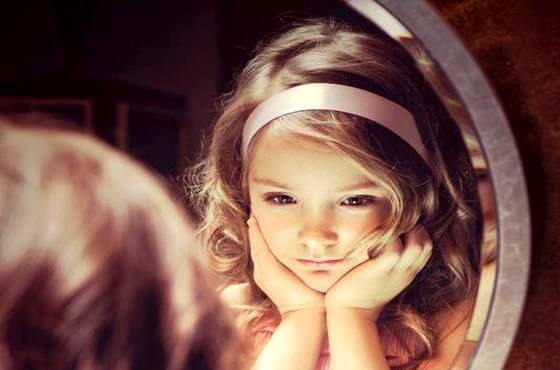 They are only children, but they grow and mature faster than expected. Although their bodies may be small and still developing, within them reside small adults who know much more than we think they do. Children suffer and live the same experiences as adults do. They have been pushed to acquire responsibilities that, at their age, still shouldn’t belong to them.

Maybe you were a youngster who never felt the need to grow up ahead of time. Maybe you have never felt tackled by the complications and difficulties around you. But, many other children have no other choice. They can’t turn the other cheek and live out their childhood like a normal child would.

Small adults in a difficult world

It’s possible that you may remember those moments in which you were scolded for acting or behaving like a child. It’s ironic to say it this way, because surely you’ve heard phrases like this. “Stop jumping around”, “Act like an adult” and as is the case for girls, “Stop acting like a boy”.

It seems that jumping and playing is frowned upon. From an early age we are scolded for doing things that, in truth, are typical children’s behavior. Why do they force us to grow up? Why do they scold us for acting the way we are? Even when we’re young, we’re taught that the sooner we stop acting childish, the better. But, in certain cases, this situation is much more pronounced.

Marital problems between the parents, abusive situations, demanding too much from your children, arguing in front of them. All of this leaves a mark and influences them. Personally, I remember a friend’s situation. She told me that when she was young she had to experience a very tense situation with her parents, in which infidelity was the main protagonist.

No child should ever be the victim of their parents’ problems, nor made responsible for them.

She understood everything, but they treated her as if she was “dumb”. Unfortunately, she had to live through situations like following a parent in the car, trying to discover the residence of the infidelity. She had to witness arguments in the middle of the night that woke her up and made her cry. Additionally, my friend suffered through situations of physical and psychological abuse which she had to witness firsthand. This little girl even had to act as a mediator between her parents. She was only 8 years old.

She perfectly remembers her father saying something out loud to her grandmother. A short phrase that made her realize just how wrong adults can be: “Let her be, she won’t notice a thing”.

Many years later this whole situation took its toll. It lead her to suffer from emotional dependency and submerge herself into toxic relationships. And we don’t even have to mention the terrible lack of self-esteem and confidence she inherited from this childhood circumstance.

Children understand everything. They aren’t dumb and adults seem to think they are. That’s why, in many cases we don’t take them into account. We ignore them and make them experience scenes such as the ones mentioned above. All of this has consequences for them and, as parents, it is our responsibility to prevent it.

Let’s set ourselves in a completely different situation. For example, in all of those poor countries in which very young children have to start working and bringing money home to their families. They are just kids, but they already act like adults. They haven’t chosen this way of life. Life has simply forced them to make themselves responsible for situations that they shouldn’t have to manage.

These small adults are good at listening to others as they get older. They feel a little out of place with people of their same age. They are much more mature, have grown psychologically, although not physically. Their experiences have marked them and that makes them not feel at home with their peers.

Let’s let these children be kids. Because this stage can only be experienced once.

Kids have to be kids. They have to behave like kids, and we have to allow it. They should never live through situations that could affect them in the future, specially if we can avoid it. But, especially, it is our duty to banish from our minds the idea that children don’t understand the adult world. Because oftentimes they understand it much more than we think.
Underestimating what a kid can or cannot understand causes them harm. Instead of advocating for their well-being, we have been part of circumstances that in one way or another have ended up leaving a mark on them. Their tomorrow will be greatly influenced by what they experience today. It is our job to take care of them.
Link copied!
Interesting Articles
Personality Psychology
How Should I Deal With a Narcissistic Person?

Psychology
Why Isn't Every Woman a Feminist?

Feminism can make both men and women uncomfortable. We weren't exactly raised in a feminist culture; in fact, it was quite the opposite.…

Have you ever asked yourself just how important words are? They exist in order to explain the meaning of objects…