Creativity and Bipolar Disorder: How Are They Related? 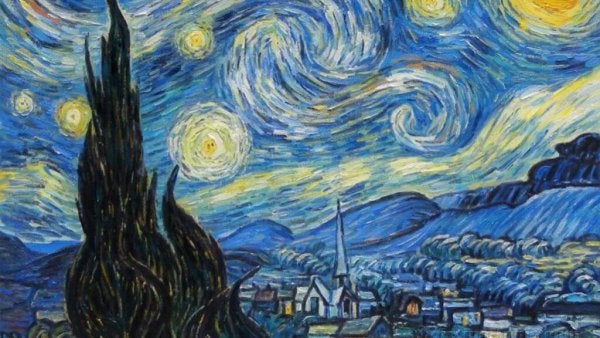 Many artists have claimed that their mania and depression have allowed them to connect more intensely with the world through their emotions. That internal awareness has led people to speculate that creativity and bipolar disorder are related.

First of all, it’s important to clarify one small aspect. Most creative people don’t suffer from any mood disorder.

“The lunatic, the lover, and the poet are of imagination all compact.”

It’s also important to emphasize that bipolar disorder isn’t easy to diagnose. Therefore, we can’t say which of the great artists suffered from it. People like Van Gogh, Virginia Woolf, and Ernest Hemingway are all believed to have suffered from it due to their sad endings and other clues they left behind in their unforgettable works.

We often fall into the habit of labeling and relating genius to madness. Similarly, we often link bipolar disorder to the gift of exceptional creativity. However, none of these assessments are correct. Bipolar disorder is not a gift, it’s a difficult condition. Likewise, we can’t forget that madmen aren’t the only people who go see psychiatrists and psychologists. People who feel too much and connect with their emotions intensely and uncontrollably also go see them.

What does science say about the relationship between creativity and bipolar disorder?

If you want to delve deeper into the relationship between creativity and bipolar disorder, you can study Kay Redfield Jamison‘s work. This psychiatrist offers a direct and revealing testimony about the condition. In fact, she actually suffers from this condition herself. Her testimonies in her books, such as An Unquiet Mind: A Memoir of Moods and Madness, are simply enriching because they offer a personal, human, and clinical perspective.

Dr. Kay Redfield’s life changed completely when she started to suffer from the condition. She experienced many periods of complete maniacal bliss. However, she also experienced angry periods where she was riddled with complicated psychotic symptoms. She states that although she felt very creative during these periods, she crossed into the threshold of depression and also tried to kill herself several times.

With this in mind, it’s important to point out that although many people think that the only positive thing about bipolar disorder is the creativity that comes with it, this creativity usually comes at a heavy price. Many patients who suffer from this condition end up taking their own lives.

No gift is worth such a high price. Dr. Kay Redfield knew this well. For that reason, she dedicated her professional life to studying this condition. In particular, she wanted to understand the relationship between creativity and bipolar disorder.

Let’s take a look at what science has to tell us.

The first study on creativity and mental disorders

In the 70s, the first empirical study on the relationship between creativity and mental disorders was carried out. The University of Iowa hypothesized that schizophrenia was related to creativity. They analyzed a large group of well-known artists, writers, and musicians.

The results were very revealing. They discovered that schizophrenia wasn’t related at all to creativity. However, they did discover a relationship between mood disorders, such as major depression and manic syndrome, and creativity. More than half of the subjects they analyzed suffered from these conditions.

Mania and a more connected brain

Dr. Redfield began studying bipolar disorder in the 90s. She has discovered the following:

Not all people with bipolar disorder are creative

Something that all studies emphasize is that not all people with this condition are creative. Furthermore, as we have mentioned, most creative people don’t suffer from mental disorders.

In this sense, Dr. Kay Redfield Jamison also pointed out that people who suffer from this condition state that they’re much more creative during remission or when their symptoms are mild or absent.

The reason? When they’re depressed, they can’t work, and their mind goes a mile a minute during manic or psychotic episodes. Creativity needs a mind that’s awake but also lucid, centered and relaxed.

Creativity Depends on Where You Come From
Many companies are trying to capitalize on imagination and innovation. But when it comes to creativity, some societies have a faster flow than others. Read more »
Link copied!
Interesting Articles
Personality Psychology
The Psychology of Superstition

Equine-Assisted Therapy is a relatively new trend. In 460 BC, Hippocrates spoke about the benefits of horses in solving health problems. However, it…

Changing your opinion doesn't mean you're moving away from who you are. You're realizing the people you believed in aren't trustworthy.…