The Story of the Origin of Emotions

The story of the origin of emotions tells of what happened when humanity's virtues and flaws got together to play a game of hide-and-seek. 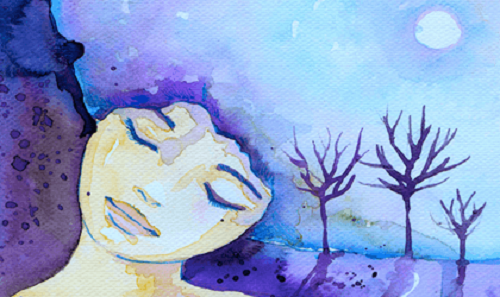 There’s no consensus on how this wonderful story of the origin of emotions came about. For some unknown reason, people credited it to Mario Benedetti, but the truth is that he didn’t write it. Others speculate that it’s actually an edited version of a story by Jorge Bucay or Mariano Osorio. Whatever the case may be, it started to circulate some three decades ago.

“Madmen open the paths which are later traversed by the wise.”

The story takes us to a mythical time when human emotions were just starting to find their place. It takes us to the origin of emotions in a moving and very human way.

The origin of emotions

One day, humanity’s virtues and flaws got together somewhere on Earth. Boredom started to yawn and was infecting others with his laziness. In order to counteract this, Madness proposed that everyone do something fun. “Let’s play hide-and-seek,” she said.

Intrigue seemed interested in the idea and Curiosity immediately asked, “What’s hide-and-seek?” Wisdom explained that it was an old game. All you had to do was cover your eyes and count to a million while everyone else hid. After that, the one who had counted had to find everyone else.

Enthusiasm and Euphoria started jumping up and down in excitement. They loved the idea of playing the game. They seemed so happy that Doubt had finally expressed her desire to join in. Even Apathy, who always kept to herself, stated her intention to participate.

And so the game began…

Madness offered to be the first one to count and started doing so. Truth didn’t want to play because she saw no sense in it. She reasoned that they would find her in the end anyway. Pride said that the game was dumb and decided not to play. The truth was that she was annoyed that Madness was the one to propose the game and not her.

Laziness started to run and hide, but she got tired very quickly and hid behind the first rock she saw. Triumph, diligent as always, chose the highest tree and climbed straight to the top. Envy followed right after him, hiding under Triumph’s great shadow.

Meanwhile, Faith started to run and soon began to fly. To everyone’s amazement, she went up to the sky and hid in the clouds. No one could believe it – only Faith was capable of doing such things.

Generosity was very worried for those who couldn’t find a hiding place. Thus, she started to help one, then another, and then another. She almost ran out of time to hide. Selfishness, on the other hand, found a marvelous hiding place in a cave, but he surrounded it with thorny plants. That was because he didn’t want anyone to share it with him.

Madness was excited. She counted and counted until she soon reached a million. Then, she uncovered her eyes and began to look for her friends. The first one she found was Laziness, who was just a few steps away from her. Then, she found Passion and Desire. They had hidden at the bottom of some volcanoes.

After that, she found Dishonesty. Dishonesty was such a liar that she made her believe that she was hiding under the water. However, the truth was that she was hiding in the middle of the rainbow. Madness was also tracking Forgetfulness, but she forgot where his trail went, so she left him for later.

The only one who hadn’t managed to hide by the time Madness stopped counting was Love. When Madness got close to him, he hurriedly found shelter behind some bushes. Madness, who wasn’t a fool, said to herself: “Love is so predictable that he surely hid in the rose bushes“. As the roses had thorns, Madness took a pitchfork and thrust it into the bushes. She heard a cry of pain and discovered that she had damaged Love’s eyes.

Madness felt really guilty and didn’t know what to do. All she could think of was to kneel before Love to beg his forgiveness. She also offered to become his guide forever after, as she had destroyed his eyes. From that point on, Love is blind and Madness follows him everywhere.

That’s the end of this lovely story about the origin of emotions. It’s a story that attributes certain qualities to our emotions. These qualities determine our emotional experiences. Surely most of us will be able to identify them within our own lives.

Emotions
If You're Feeling Sad, Ask Yourself These Questions

Within each of us, there's a sage waiting to speak. If you're feeling sad, then that inner sage probably wants…

Emotions
7 Steps to Emotional Balance and Dealing with Difficult Emotions