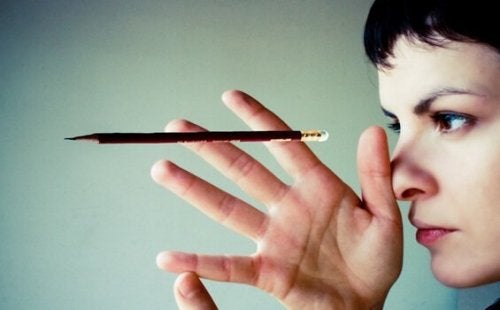 The creative brain is incredible. It’s playful, full of emotions, free, and tireless. It doesn’t believe in limits. The creative brain chooses to be connected with everything so it can learn from every stimulus. Oftentimes, it doesn’t even know how it came up with certain ideas, because ideas pop up like flashes.

Steve Jobs used to say that creativity was all about connecting the right elements. It’s connecting our past experiences with our reality and daring to create new and challenging things. Not everybody will understand those things at first but, later on, they’ll open up to new possibilities. It’s that innovation that every company needs, that human capital that our society should appreciate.

“Creative individuals […] show tendencies of thought and action that in most people are segregated. They contain contradictory extremes; instead of being an ‘individual’, each of them is a ‘multitude’.”

As curious as it may sound, to this day we still have some wrong ideas about creativity and the creative brain. For instance, we think that the ability of creating innovative and original ideas is related to intelligence. What’s more, there are some people who still believe that the right hemisphere is the focus and origin of our creativity. Those things aren’t true. Myths continue to get in the way of the scientific progress we’ve made over time.

First, we must understand that creativity is an ability all of us are born with. We must also understand that, in order to use it and empower it, we need to look at the world and ourselves from a different perspective. We’ll discuss this below.

How does the creative brain work?

The creative brain works very distinctly. A recent study published in the National Academy of Sciences revealed to us what some neuropsychologists already suspected: creative people have higher connected neuronal structures than other people. Through magnetic resonance imaging, scientists saw the fascinating complexity of functional and neuronal connections in creative people.

Therefore, we disprove the hypothesis that associates creativity to the right hemisphere of the brain exclusively. A person who generates innovative, daring, and original ideas has a symphony of immense interactions in both left and right hemispheres. Similarly, scientists have made other interesting discoveries regarding the creative brain.

As we’ve already seen, the neuronal structure of a creative person is denser and more connected. This also explains their flexible mental focus, always open to ambiguity and uncertainty. While more rigid minds are incapable of accepting contradictory facts, creative minds see them as a challenge and try to find explanations with a hands-on approach.

Creative people don’t always have noteworthy levels of intelligence. We saw this in the famous study conducted by Frank X Barron in 1956. He gathered some of the most renowned architects, scientists, and writers such as Truman Capote, William Charles Williams, and Frank O’Connor.  He wanted to understand how some of the most creative minds worked.

This is what he discovered that day in the company of such great and varied personalities:

The creative brain and introspection

Another trait of creative people is their ability for introspection. They have a deeper self-awareness and know how to combine their weakest areas with their strongest. This point of being able to recognize one’s own limitations, flaws, or worst qualities is often synonymous with good mental health.

Creativity has no order at the neurological level

In 2001, neurologist Marcus Raichle conducted an interesting study on creativity which resulted in interesting findings. The creative brain is incredibly disordered. We’ve already seen that creative innovation is not located solely on the right hemisphere. In reality, it’s incredibly dispersed.

After more than 30 years of studying creative people, Mihaly Csikszentmihalyi indicated that they’re complex people. It’s as if more than one person lived in one brain. It’s as if there was an entire team of professionals inside them, demanding things and coming up with new ideas and interests.

Those voices are what motivates them. However, sometimes they can also come up with too many ideas and projects… In fact, this is one of the most common problems for the creative brain: learning how to control all that flow of ideas, emotions, and thoughts.

Creativity Depends on Where You Come From
Many companies are trying to capitalize on imagination and innovation. But when it comes to creativity, some societies have a faster flow than others. Read more »
Link copied!
Interesting Articles
Culture
Orange Is The New Black - The Reality Facing Today's Women

"Middle age" is that stage between the ages of 40 and 60. Until recently, people used to say that this…

Culture
While You Prepare for Life, Life Passes You By

People always say that life doesn't come with an instruction manual. However, most of us end up sticking to a…

Each one of us relates to people in different ways. Thus, there are people who prefer close contact and others…