Steve Jobs: Why He Raised His Children Without an Ipad 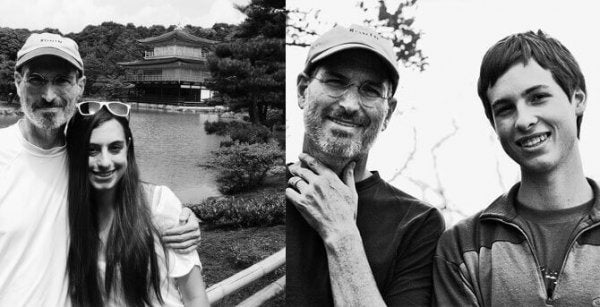 Recently the media announced that Steve Jobs forbade his children to enjoy the use of some of his greatest creations, such as the iPad and iPhone.

“What reason did Steve Jobs have to wean his children from these technological tools?”

In a 2010 interview, Nick Bilton, journalist and contributor to The New York Times, asked Jobs, “Your children must love the iPad, right?” Jobs responded: “They haven’t used it, we limit the amount of technology that children can use at home.”

“Those who are crazy enough to think they can change the world are those who do.”

The reason why Steve Jobs’ children didn’t use the Ipad

The creator behind one of the most in-demand technologies is one of the few that can see the dangers of constant use.

Many of us imagined that Jobs’ home would be a technology paradise, full of touch screens and sensors, in which each family member would enjoy their own iPhone and iPad.

In fact, a large number of leaders of the most renowned Silicon Valley companies limit the time their children use the screens of a computer, phone or tablet. Jobs then, at least in its environment, was not strange in this regard.

Abusing technology can lead to addiction

One example is in the case of Chris Anderson, director of the company 3D Robotics, creator of “drones” and the one who confessed to having experienced and lived “firsthand the dangers of technology.” As a result, he restricts his children’s access to it. “I’ve experienced it and do not want my children to go through the same thing,” Anderson also shared in the interview.

The co-creator of Twitter, Ewan Williams, confesses to prefer his children grow up and develop with books, rather than iPads. He and his wife Sara buy hundreds of printed books that interest their children and place them throughout the house.

It is already proven that the abuse of technology can lead some people to become addicted to electronic devices. There’s also the risk of negative and violent content. It’s interesting, in this issue, how we ourselves have evolved socially: now instead of the TV, parents turn to gadgets to distract children and iPads are responsible for educating.

The positive side of using technological tools

We can neither avoid nor deny that there are countless applications and tools that can enable us to stimulate and develop intelligence today. Its “dark” side has to do with the idea of slowly replacing human contact and leaving aside teachings based on love.

If I asked your opinion about this information, you would probably answer me by saying that eliminating contact with technology may seem like a strict and radical measure. And one that didn’t make sense since this is an important part of the world in which we live. Perhaps it could lead to social isolation in children.

Even with all this, it is true that this tendency among parents who have questioned the real benefit of technology makes us reflect. Especially with respect to the ease our children have in accessing it.

Perhaps the most beneficial and intelligent thing to do would be to limit the use of gadgets. Try to provide exercises that allow our children and couples to disconnect from technology cold turkey. Be one with the world and make more contact with our mother earth. Something that many still consider to be just a utopia. What do you think?

“Do not let the noise of others’ opinions drown out your own inner voice.”

The best social network is formed by a few people. They are those I carry in my heart, that join at my table by making moments … More »

Link copied!
Interesting Articles
Culture
How to Rekindle Desire in a Relationship

Culture
The Tree of Wishes, An Osho Story

The tree of wishes is one of Osho's best-known stories. Osho was one of the most important religious leaders of the…