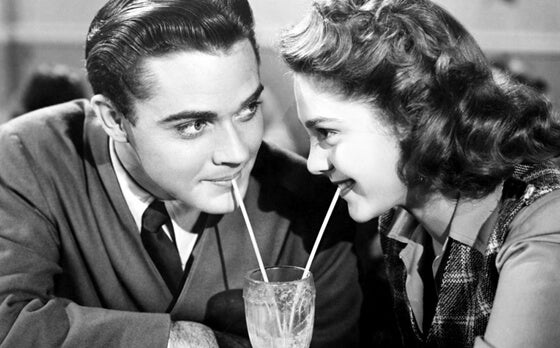 If there is anything that has changed radically in recent times, it is the way we begin romantic relationships. Courtship is either in danger of extinction or already completely extinct in some cases. The culture of extreme speed has invaded even the most unsuspected areas, among these, love.

Precisely “speed dating” defines a large number of relationships in the world today. It seems like courtship is no longer necessary. And yet, there are many couples who get fed up by the lack of feeling and magic. In other words, of romance.

“’Love does not to be understood. It needs only to be shown”.

Courtship is not exclusive to human beings. In fact, most animal species have courtship rituals. Although they instinctively come together almost exclusively to mate and have offspring, they don’t perform the act without preamble. The function of this procession is to communicate, synchronize and prepare the terrain biologically, the aim being maximized fertility.

Among humans, however, courtship has lost much prestige. It is considered unnecessary decoration. We say: “let’s see where it goes”. There is no “wooing,” in the strict sense sense of the word. Instead there are mixed signals leading to relationships destined to be temporary.

Many times, the two people aren’t even sure they like each other. So what are those acts and elements of courtship gestures that are about to be part of the past? Here are some of them…

Flowers are a universal language and an essential part of romantic courtship. When someone receives flowers as a gift for no particular anniversary or holiday, they’re a direct message of love. They’re a compliment and, at the same time, a nice way to express interest.

Giving flowers takes some courage today. For many it’s a corny symbol and risky too — they could be rejected. But it’s hard to snub your nose at such a nice gift. Still, it’s true, it does take courage because flowers openly declare that you have romantic interest in them. It makes you vulnerable.

Cell phones are not romantic

There is so much fear of rejection that people often look for distractions so they don’t have to directly express the interest they feel for someone. Cell phones fit the part. They allow us to show intermittent attention. If everything goes well, the device is ignored. However, if there is some tension or things don’t flow, we turn our eyes to our cell phone to avoid the situation.

Turning off your phone and putting it away can be a nice gesture of courtship. It means you’re going to give your undivided attention to the person in front of you. It also means that you’re not playing hide-and-seek and you know what you want. When you want to woo someone, nothing better than having them see and feel that they are important to you.

It’s very normal for two people who are involved to not to really know what relationship they are in. Everything is left unspoken and it’s thought that putting a name to it is limiting or implies commitment. However, leaving the meaning of the relationship open is not really a good idea since there is no better breeding ground for misunderstandings than that.

Expressing interest in someone directly doesn’t mean it will turn into anything like “Fatal Attraction”. On the contrary, defining the relationship ensures that there are no reasons to be anxious or make wrong assumptions. Expressing what you want from a relationship is a way to build trust and allow everything to flow more naturally.

An “I like you” doesn’t always express what you truly feel or want. It does not say much to the person who hears it either. It’s one of those standardized expressions that summarizes the idea that you want to have a relationship with the other person, but doesn’t give much more meaning than that.

Beautiful, meaningful words will never go out of style. Many people do sincerely admire the other person, but they don’t say it. Either because they’re not used to expressing themselves or because they fear overreaching, Maybe they feel the other person is in a position of power. But there’s no reason to be afraid. In courtship, beautiful words should always be spoken. They nourish relationships and give them their magic.

What makes courtship important is the special atmosphere it gives to a relationship. Not only does it make it more magical, but it also sets loving, respectful guidelines for the relationship. Get back that tenderness that feels so good. That’s why we say courtship may be a custom worth restarting…

Benching: Emotional Manipulation to Keep Someone Interested
What's benching? The concept is simple: feign interest in a person we don't want anything serious with so we can have them as a backup.  Read more »
Link copied!
Interesting Articles
Culture
The Strange Twin Town

Twin births aren't very common. After all, only one in every 250 births produces twins. However, a Brazilian municipality called Cândido Godói in the state of Rio Grande do Sul has the…

Throughout history, and especially since the creation of the Internet, many processes and techniques have been developed to enhance creativity,…

Culture
The Thyroid Gland and Pregnancy: Are They Related?

The thyroid gland and pregnancy have a direct relationship that not many people know about. During pregnancy, a woman’s thyroid…

Cinema, Television, and Psychology
The 5 Best Movies about Alzheimer's Disease