Collective Nostalgia for the Past 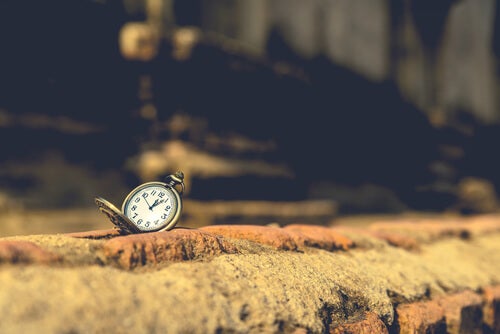 We all feel nostalgic sometimes. We wish we were back in a certain time, a certain situation, something that’s already happened. We suffer over something that’s gone now, something we had and then lost. Maybe it’s about a person, a group (collective nostalgia), an object, or an event.

There are also two different kinds of nostalgia, and the difference is very important. The first kind is a positive feeling, a nice memory of an object that’s gone or lost to time. The second kind is a negative feeling. It’s a feeling of pain over something you can’t get back again, yet you hope for it to come back.

Probably the first thing you think of when it comes to nostalgia is desire for a loved one. Breakups, distance, or death are some things that give us that longing feeling. But nostalgia isn’t any less important when its object is a place instead of a person.

There’s a word in Spanish to talk about that kind of nostalgia, the kind that mixes melancholy and wishing for your homeland: “morriña.” The word comes from the Galician language. They say that “morriña” is a longing for the land you come from. It means missing the place where you’re from, on top of whatever things, objects, and situations it calls to mind.

“Look into my nostalgia and tell me what you see.”
-Xavier Velasco-

There’s another kind of nostalgia for situations or things of the past. It’s called collective nostalgia. What it means is a shared longing for what society used to be like.

At some point in our lives, we’ve all heard someone say “back in my day things were different.” But comparing two different time periods is never fair. Memory gets distorted over time, so you might end up longing for a past that actually never was. Your selective memory will only recall events that make you feel even more nostalgic.

In some parts of the world, a good portion of the population harbors a longing for dictatorships. They talk about how great they were. They sigh about how there’s no firm hand in these modern times, crying out for a strong, charismatic leader who will make their nation great again.

But obviously those longings leave out important parts of the past and present. They don’t think about all the freedoms that come along with that authoritarian regime being over. They never mention the crimes that people might have committed in the past they want back so much.

“There is no worse nostalgia than a longing for something that never existed.”
-Joaquín Sabina-

These people live in their own little world, a total distortion of reality. And by fantasizing like that they end up glorifying the past and people in it. Just think about people who worship horrendous historical figures like Hitler or Mussolini. Even if they created some progress for their societies, the crimes they committed should bury any nostalgic feelings at all.

Collective nostalgia, being the group emotion that it is, can powerfully shape a group’s behavior. When you share a longing for a specific kind of world with the majority of people in your group, it’s much easier to act. And if a large group wants to bring the past into the present, they might turn to violence if their other methods don’t work.

Collective nostalgia can sometimes be a good prediction for collective action. The more intense the group emotion is, the more likely it is people will take to the streets. They will be more likely to cry out for the thing they desire, their glorious past. But the relationship isn’t actually that simple, and emotions will completely control it. But those emotions will mostly be negative.

Rage and contempt can end up mobilizing the group if they direct them towards other people. When one group feels nostalgic about how society used to be and decides that some other group is guilty and stopping them from reclaiming their past, negative emotions and defensive actions are even more likely. These actions range from things that fit into norms or laws to things that cross into illegal territory, like vandalism or violence.

But collective nostalgia doesn’t have to be negative. If the longing is about people’s old ideas of their country, they’ll have to think about how that country really was. Or even better, they’ll think about what exactly they long for about that country.

If their nostalgia is about values like openness and tolerance, any actions they take will have more liberal goals. Granted, that doesn’t mean the methods they use to achieve those goals will be open and tolerant.

If you have the ability to shape your nostalgia, make it your motivation to create a better world. Miss freedom and not restriction, miss diversity and not exclusion.

When Nostalgia Forgets the Present
The movie “Midnight in Paris” by Woody Allen explains nostalgia as the negation of the present through the life of its main character. Read more »
Link copied!
Interesting Articles
Psychology
Say Goodbye to Your Anxiety With Mindfulness

Illusory correlation is when you perceive a relationship between two variables in your surroundings, regardless of whether such a relationship exists or not. It's a phenomenon based on how the…

Has it ever occurred to you that when you smile at the person you're talking to, they smile back? Have…