Collective Narcissism: A Virus That Is Spreading 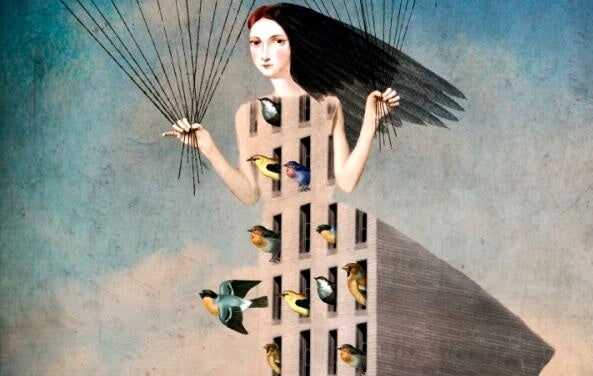 Collective narcissism has turned into a virus. After all, it infects and spreads easily. And this need for one’s group to be praised, to the detriment of others, is a dynamic that has taken place in all time periods. It has varied in intensity and we’ve seen it at its worst in certain historical moments, like Nazi Germany.

It expresses a certain nostalgia for the existence of “a superior race”. Although, of course, it doesn’t necessarily have to be about race. Any group that shares some element of identity fits. And we could be talking about countries, but also sports teams or professions.

It is very obvious in football. Collective narcissism makes some fans literally unable to accept the victories of their opponent. It also leads them to put on big shows of power, with songs, loud noises, and painted faces meant to intimidate.

“Narcissist, n.: It’s not so much looking at your own image as it is thinking the whole world exists to reflect back on you”.

The same goes for countries and nationalist feelings. Some people get upset because another person doesn’t like their country. They don’t tolerate criticism about themselves and anxiously desire for their homeland to be admired by all and excel in everything.

Of course, we all want to feel proud of our place of origin, or the group we belong to. However, when it turns into situations like the ones above, it’s no longer a healthy feeling. Sooner or later, it leads to intolerance and violence.

From group pride to collective narcissism

What is the difference between national pride, or group pride, and collective narcissism? A person infected by the virus of collective narcissism isn’t just proud of their group, but they also need to  show that they’re superior. In the background, there’s insecurity. Therefore they look for affirmation of what they think by comparing themselves to others.

In any human feeling, attitude or behavior that is exaggerated, there is probably some neuroticism. Narcissism is not an exception. When it’s built on the individual level, people like to show off and put off an image of security to mask what they are actually going through.

The same happens in the collective. It’s easier for collective narcissism to flourish in groups where a weak self-image is shared. They doubt their status. That’s why what they most yearn for is the recognition of others. And not only that: also the defeat of others.

A study carried out at the University of Warsaw in Poland indicated that groups with collective narcissism are generally composed of individuals who each feel quite inadequate. The group is an attempt to compensate for this perception of emptiness.

It’s normal for authoritarian leaders to emerge in groups with collective narcissim — sometimes totalitarian. For the followers, having an invincible, or at least extremely strong, leader gives them security. Then, these leaders tend to exploit the situation and champion the “superiority” those in the group have over others.

Another study also concluded that these types of groups like conspiracy theories about how others are out to get them. Having a common enemy makes bonds stronger in a group. Narcissism itself makes them fantasize about being watched, envied and potentially attacked.

Aggression and revenge take on another meaning in this type of group. Committing violent acts against those who don’t belong to the collective are now “positive”. This happens especially if the aggression is towards a possible enemy, conspirator or an ally of enemies.

The same thing happens with revenge, which narcissistic groups no longer see as an irrational and harmful passion, but rather a legitimate right, based on the apparent need to defend oneself.

Unlike groups with collective narcissism, groups that have a healthy sense of collective pride have positive, edifying effects. This kind of pride actually produces greater cohesion and mutual trust.

The group feels no need to denigrate others or tower over those who are different. While reasonable pride is the very foundation of democracy, collective narcissism is the basis of fascism and a major way it exercises control.

Tell Me What You Think of Others and I’ll Tell You Who You Are
It's been proven that people who rate their significant others positively are less likely to have depression and anxiety. Let's talk about projection. Read more »
Link copied!
Interesting Articles
Psychology
How to Overcome Anxiety and Live Life to the Max

Psychology
Why Silence Is A Luxury

Mindfulness for kids opens up a world of possibilities to help children be healthy and happy. It can improve attention and…