Cognitive Therapies and Their Classification

Classifying cognitive therapies is a pragmatic exercise. This is because having a detailed map of the alternatives in this field could help you a lot. For example, you could choose the specialist you'd like to work with. 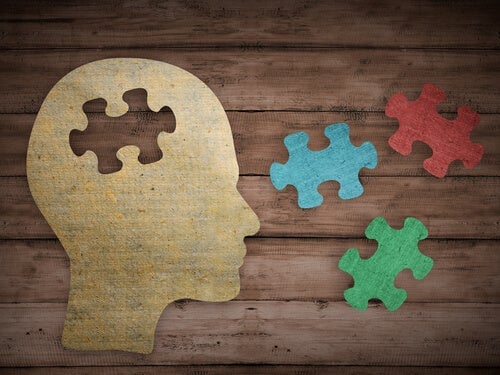 The classification of cognitive therapies shows that their common characteristic is that they consider cognition a determining element of behavior. However, they differ in the importance they give to the various processes involved. Thus, these cognitive processes can activate through the same mechanisms that promote human learning.

Cognitive therapies always design treatments based on a cognitive formation of the problem. In addition, they believe that learning is much more complex than the formation of stimulus-response associations. Thus, therapeutic intervention insists on addressing cognitive processes as the main determinant of behavior.

Therapies are diverse and lack a unifying theoretical framework to bring them together as a general theoretical model. However, they’re often collected within the same group as “cognitive-behavioral therapies”.

There are three main classes of cognitive therapies (Mahoney and Arnkoff, 1978):

“Peace is the result of retraining your mind to process life as it is, rather than as you think it should be.”

Cognitive therapies based on cognitive restructuring

These aim to identify and change cognitions such as irrational beliefs, distorted thoughts, and negative self-verbalizations.

This theory proposes that most psychological problems are due to the presence of maladaptive (irrational) thought patterns. Thus, people largely control their own destinies and their behavior is greatly influenced by their beliefs and values.

Rational emotive behavior therapy is a form of short-cut psychotherapy that helps identify the thoughts and emotions that lead to self-defeat. Thus, it reviews and tests the rationality of these feelings, replacing them with more productive and convenient beliefs.

Finally, this approach focuses primarily on the present to help understand the mechanisms and schemes of thinking and the beliefs that cause discomfort. This discomfort, in turn, leads to harmful actions and behaviors. And these interfere with the achievement of goals and emotional balance.

Emotional and/or behavioral disorders are the result of an alteration in the processing of information resulting from the activation of latent schemes. Therefore, the central elements of this theory are:

This one took after Ellis’s model as an attempt to achieve a greater specification and adapt it to a self-control procedure. Thus, the goal is to teach clients coping skills and to handle problematic situations. This is done with the purpose of allowing them to adopt more reasonable perspectives on disturbing events.

This theory is based on the work of Luria and Vygotsky. It’s about the importance of “internal language” in the regulation of behavior. In addition, the historical background of the self-training training technique dates back to the work carried out in the sixties with hyperactive and aggressive children.

Unlike emotional restructuring therapy, this kind of training focuses more on the ability to modify behavior and on emotions through self-verbalizations. Likewise, it focuses less on a patient’s belief system and irrational ideas.

The procedure is as follows:

Cognitive therapies based on coping skills

These therapies try to teach skills so that a person can adequately deal with problematic situations. The most relevant are Meichenbaum’s stress inoculation therapy and Suinn and Richardson’s anxiety management training theory.

Meichenbaum’s stress inoculation training, one of the cognitive therapies

Its goal is to develop and/or provide subjects with skills and abilities that allow them to reduce/cancel the tension and physiological activation. Also, to replace the previous negative interpretations with an arsenal of positive thoughts for coping with stress.

There are three distinguishable phases in stress inoculation training that sometimes overlap each other:

The goal of this therapy is to teach a person to use relaxation techniques and other skills in varied situations. All for the purpose of helping them control their anxiety reactions.

The results of this therapy appear to be positive, not only for generalized anxiety but also for test anxiety and fear of public speaking.

In the author’s opinion, it also seems superior to systematic desensitization. This is because it causes favorable effects in the three response channels (affective, behavioral. and somatic). Thus, it reduces blood pressure, improves execution, and reduces problematic cognitions.

Cognitive therapies based on problem-solving

They’re aimed at correcting the way in which a person addresses their problems. It provides a systematic method to solve these types of situations.

This one aims to teach a systematic method for problem-solving to a person and it provides methods for them to analyze and evaluate possible opinions. It also offers a particular perspective to interpreting the world.

It’s effectively combined with other techniques and is the most used problem-solving therapy. In fact, it has the largest number of applications and experimental studies.

The goal of this therapy is to increase social adjustment and competence. Thus, interpersonal problem-solving skills are worked on to achieve it.

For instance, you have to define what a problem is: there’s one when an effective response to deal with the situation isn’t immediately available.

The skills that measure social adjustment are either alternative thinking, causal thinking, means-ends (from 8-10 years to adolescence), and consequential thinking (throughout adolescence).

Therapy intends to train the subject as a personal scientist for the diagnosis and control of their own conflict behavior.

The means are modeling, systematic reinforcement, gradual completion of tasks, and the acquisition of self-assessment skills. Thus, it’s perhaps the most attractive for people who value science, control, and competition.