Have you heard about childhood disintegrative disorder? Today's article will describe it and tell you its causes, as well as inform you about the current treatment options. 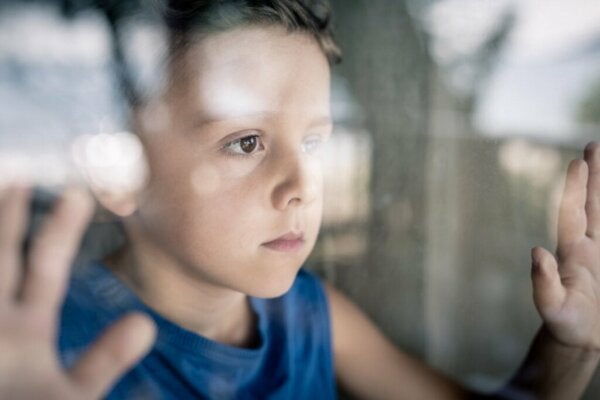 It used to be a part of the pervasive developmental disorders, along with autism, Rett’s disorder, and Asperger’s disorder in the DSM-IV-TR. However, it disappeared from the DSM-5, and doctors only diagnosed it if the criteria for autism spectrum disorder are also there as “autism spectrum disorder associated with a known medical condition” (childhood disintegrative disorder).

This article will tell you the symptoms of childhood disintegrative disorder, how doctors diagnose it, what causes it, and the best treatments for these children.

“What would happen if the autism gene was eliminated from the gene pool? You would have a bunch of people standing around in a cave, chatting and socializing and not getting anything done.”

A little bit of history

Around 1905, Sante de Sanctis (1862-1953), an Italian doctor, psychologist, and psychiatrist, described a picture similar to the disintegrative disorder of children. He created the category of early dementia, in which he included various disorders that had mental retardation as a symptom.

Later, in 1908, Theodor Heller, an Austrian educator, described several cases of disintegrative psychosis. This consisted of a condition that began around the age of four, after a period of normal development. Hence, child disintegrative disorder is also known as Heller’s syndrome.

The name “symbiotic psychosis” is due to Margaret Mahler, who emphasized the contribution of constitutional factors to a kind of child psychosis that appeared between the ages of three and six. She referred to it as symbiotic psychosis.

As you read above, the DSM-5 eliminated this disorder from its medical illness list. However, autism spectrum disorder has the specifier “associated with a known medical condition”. This allows the diagnosis of this condition (if a child meets the diagnostic criteria), along with childhood disintegrative disorder.

The DSM-IV-TR did include the diagnostic criteria for this disorder. There’s apparently normal development during the first two years of life. It manifests by the presence of communication, social relationships, play, and adaptive behavior typical of the age.

However, one can appreciate significant losses of skills already acquired from the age of two and before the age of 10 in at least two of the following areas:

In addition, there must be alterations in two of the following areas. These coincide with the alterations characteristic of autism: qualitative alteration of social interaction and communication or repetitive and stereotyped patterns of behavior, interests, and activities.

Cause and treatment of childhood disintegrative disorder

The etiology, meaning the origin, of childhood disintegrative disorder isn’t completely clear. Concrete mechanisms are yet to be found. However, there are some possible causes for the appearance of this disorder, such as injuries to the central nervous system during development and the appearance of some neurological diseases, such as tuberous sclerosis. However, there’s no evidence of this at the moment.

As mentioned above, childhood disintegrative disorder is a rare disorder (more frequent in males) and there’s no cure for it. Therefore, what doctors can do is offer certain treatments that allow for the improvement of the health and quality of life of these children, and to promote the skills they retain.

By definition, these symptoms appear between the ages of two and 10. They can appear abruptly or insidiously and may be accompanied by prodromal symptoms such as irritability, hyperactivity, anxiety, or small losses in some skills.

Once there’s an established upheaval, they can make some small improvements, but the social, communicative, and behavioral deficiencies are constant and stable throughout life. Thus, any treatment that offers improvement, however small, in the symptoms and quality of life of these children is welcome.

Autism Is Nothing to Be Ashamed of, But Ignorance Is
Autism is classified as a developmental disorder that affects communication and social relationships. A child with autism has a more limited repertoire of interests and activities, with a tendency towards repetition and stereotypy. Read more »

Link copied!
Interesting Articles
Clinical Psychology
The Stages of Alcoholism According to Jellinek

Depression is not a homogenous diagnosis. It changes according to the specific characteristics and context of each person. Things like age group, gender, and socioeconomic level affect how depression manifests…