The Theory of Weak Central Coherence and its Link to Autism

The theory of weak central coherence states that some people's attention goes first to the details of an image rather than to processing its general idea. How is this related to ASDs? 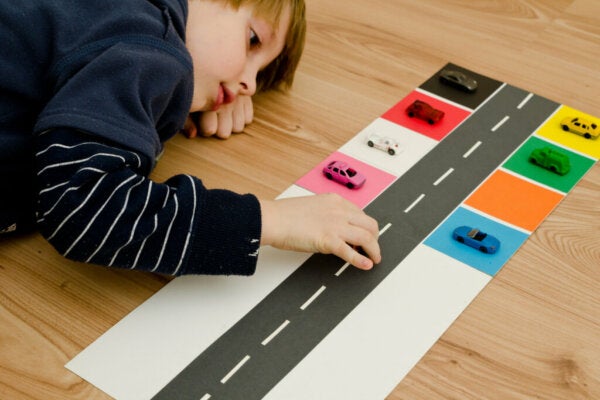 By default, we tend to process the objects around us in a global way. When we look for an object and put all our effort into finding it, we do so by taking a global image of it as a reference. Thus, we don’t look for it by its individual parts. Our semantic system represents it in its totality. We do this due to an executive function known as central coherence. Below, we’ll explain the theory of weak central coherence.

In the same way, when we observe an object for the first time, we also observe its representation in a global way. We don’t generally notice the individual parts that make it up. For example, if we observe people’s faces, we usually observe them as part of a whole. We don’t usually hone in on the nose, mouth, etc. in an isolated way. We do this thanks to central coherence.

However, some studies tell us that this doesn’t always occur. A prime example here is in people who have autism spectrum disorder or some condition affecting executive functions. This is why neuroscience has focused on the theory of weak central coherence.

The theory of weak central coherence

This theory was formulated by Uta Frith in 1989, and Joliffe and Baron Cohen in 1999. It attempts to explain the difficulty that people with ASD have in integrating information into a single coherent “whole”. People with autism, or autism spectrum disorders, are characterized by fragmented processing. Thus, their attention tends to focus on small details.

According to Dr. Frith, people with ASD have difficulty interpreting situations by reading the intentions of participants from their eye movements, hand movements, and other contextual cues.

This creates a clear disadvantage for them. They stop in order to focus on isolated parts, and, as a result, take longer to see the whole picture. Instead of going from the general to the particular, they do things the other way round.

Neuropsychological evaluation, which can ascertain whether there’s an alteration in the central coherence system, is a valuable aid to diagnosis. By using this method, experts can focus on the special ability of people with ASDs to focus on details, to the detriment of their globalizing capacity of central coherence.

This special ability to focus on details is evaluated using the task of the “masked figures” or the Cube Subtest of the Wechsler Intelligence Scales. Savant skills represent a very particular cognitive style.

Experts have observed this in the neuropsychological evaluation of their drawing skills. These people tend to start their drawings focusing on all the details. They draw the individual parts in detail, one by one, instead of starting with a sketch of the global idea.

However, this theory doesn’t explain the whole clinical picture that’s characteristic of people with autism spectrum disorders (ASD). As a result, researchers suggest using it as an explanatory theory of detail-focused cognitive processing.

A complementary theory is the “executive dysfunction model”. Although this model doesn’t satisfy the complete set of ASD symptomatology, it does explain some characteristics, such as the lack of flexibility, difficulties in planning and the generation of new ideas, and the presence of repetitive behaviors.

These types of capacities are related to executive functions. Recently, researchers like Rosenthal (2013) found an increase in the manifestations of executive deficit in older children.

Therefore, neuropsychological intervention should be carried out from an early age in these areas or regarding the deficits of executive functions, in order to minimize the effects of the disorder.

In the same way that the neurobiological perspective has shown that there’s a wide and diverse range of genetic factors associated with ASDs, from the neuropsychological approach, experts accept that a single deficit doesn’t explain the heterogeneity of the disorder.

On the other hand, the theory of the deficit of social cognition is based on the idea that people with ASD show alterations in their capacity to represent their own, and other people’s, mental states. This is in addition to the difficulty they have in understanding things from another person’s viewpoint, as this theory explains.

Therefore, the theory of weak central coherence states that this type of attention to detail could be seen as a different type of cognitive processing. We don’t necessarily need to see it as a deficit. In fact, this detail-focused processing has many advantages. Consequently, it allows these people to make valuable contributions that people with a more normative way of processing information wouldn’t be able to see.

Psychological Treatment for Autism
In this very interesting article, learn all about psychological treatment for autism. This way, you'll be able to better help your child. Read more »