Defining Characteristics of Type B Personality

Did you know that there are many different types of personalities? Learn about Type B personality and what people with this personality type are like in this article. 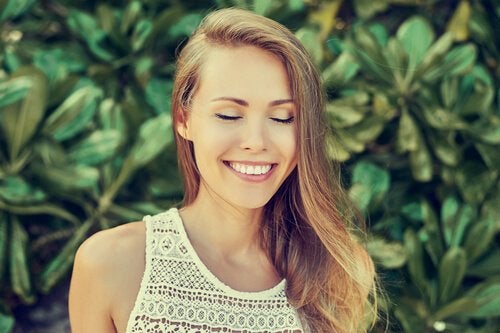 Personality is a set of characteristics that differentiate and distinguish you from other people. These traits can also predict your behavior and attitudes. In this article, we’ll focus on the classification developed by Rosenman and Friedman to explain Type B personality.

“The variety of individual personalities is the world’s greatest richness.”

Type B personality is considered the healthiest and the most common. People with this personality type are flexible and docile. They’re calm, relaxed, empathetic, assertive, open to social relationships, and have a tendency toward emotional well-being. In general, they’re aware of their limitations and aren’t hostile.

Type B people are relaxed and calm. They aren’t easily flustered or annoyed because they have self-control.

Their communication style is assertive. When they express themselves, they do it in a respectful and non-aggressive way.

You’ll rarely see a Type B person in a hurry. They enjoy what they do and take their time. Their lives are calm. If they get behind on something, they don’t stress out about it. They feel the most comfortable when they can concentrate on just one idea or activity. Type B people often make time to stop and analyze their achievements.

They tend to go to bed late and like to exercise and do sports. Because they’re good at organizing their time, their days seem to last a lot longer than other people’s.

People with Type B personality know how to listen and put themselves in other people’s shoes. In other words, they practice active listening and empathy. What’s more, they enjoy helping other people and take action to make social change.

“I am what is mine. Personality is the original personal property.”

Type B people feel satisfied with themselves. They don’t need to compete with or feel superior to other people. People with this personality type accept life as it is and let things follow their natural course. They aren’t interested in changing others as much as they are in their own personal well-being.

At work, they combine creativity and effort. Though they tend to work more slowly than others, they gain recognition for the quality of what they do. Their slogan is quality over quantity.

Type B people are warm and friendly. They’re even-tempered. People like them because they inspire a calm and relaxed environment. Also, they tend to be very loved, charismatic, and kind.

People with this personality type usually have very healthy self-esteem. They believe in themselves, value themselves, and also try to be on an equal playing field with other people.

Illnesses associated with this personality type

People with this personality type tend to have low stress and anxiety levels. Type B people see stressors as opportunities for growth and change. They tend to regain balance after a crisis. Not only that, but they’re the best at adapting to any circumstances.

“Personality is and does something. It is what lies behind specific acts and within the individual.”

Interesting facts about Type B personality

If you feel curious and want to learn about the other personality types (like A, C, and D) and the illnesses and risk factors associated with each, remember the following:

Learning to prioritize goes beyond knowing how to manage time well. To prioritize is to organize your own life and to clarify…

Psychology
Interpersonal Synchronicity: The Power of a Hug

Psychology
Pathological Jealousy: When Jealousy Goes to a Dangerous Extreme

Psychology
Evildoers Always Think the Worst of Others

Nobody is more loyal and faithful than a jealous person. One can be unfaithful in desire alone, without actually going…