The Art of Staying Calm During an Argument

Staying calm and having control over your emotions can help you during an argument. In this article, we share some strategies to help you achieve these things. 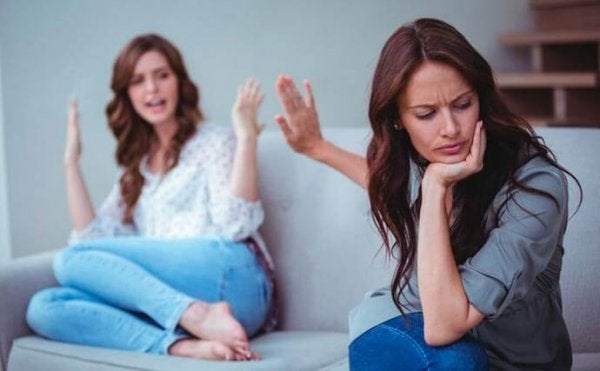 Some people tend to be quite impulsive when it comes to expressing their thoughts and feelings. Perhaps they only think of getting their point across and not about the right way to do so. This isn’t uncommon. In fact, we dare to say that most people have lost their cool at least once during an argument. We sometimes get so carried away by our feelings that staying calm during an argument becomes impossible and we just lash out at the other person.

Staying calm during most situations should be considered an art form. Although it’s not an easy thing to do, it’s not impossible. In fact, for many years, communication and conflict management experts have been studying the resources we could use to help us stay calm.

What do scientific studies say about staying calm during an argument?

Nelda Sheldon and Shoron Burton (2014) explained that the interpretation of a situation is the most influential factor when it comes to staying in control. In other words, it’s not the situation itself that alters us and makes us lose our temper, but our thoughts about what’s going on. For example, it’s evident that staying calm during an argument is going to be really hard if we feel we’re being personally attacked.

Therefore, different scientific investigations have focused on studying the role of self-esteem in the context of arguments. Many researchers have observed that those who have low self-esteem and a bad self-concept tend to lose their temper more easily (Karagözoğlu, Kahve, Koç & Adamişoğlu, 2008).

That being said, their internal condition makes them prone to feeling like they’re being personally attacked. They don’t see any argument as an objective event, but as a personal attack. This explains why some people reply rudely to someone who was just making an irrelevant comment.

In brief, other studies conclude that it’ll be easier for us to stay calm during an argument if we improve on some aspects that predispose us to getting angry. As a matter of fact, personality, coping habits, and learning mechanisms shape the way we face arguments to a large extent (López-Torrecillas, Martín, de la Fuente, & Godoy, 2014).

Psychologist Dr. Mark Beyebach, an expert on brief therapy and solution-focused therapy, explained that bringing past situations to the present increases the likelihood that people will take arguments as personal attacks. Rage and helplessness manifest because the past can’t be changed.

Thus, these negative feelings blind us and can even make us forget why the argument started in the first place. They also make us feel like we’ve wasted so much time fighting over nonsense, which can make us even angrier.

Self-awareness and self-knowledge are your best allies

On the other hand, having an argument in front of an audience is totally different than having one in private. Also, it’s not the same to argue at the end of the day when we’re feeling exhausted than doing it during the weekend when we feel calmer and more rested. Choosing one moment or another to settle or start an argument is a part of social intelligence.

Anticipation helps us keep our cool

If you’re going to have an argument, prepare yourself. Organize your ideas and identify the arguments that best sustain them and the order in which you’ll present them. It’s all about having a script that you can use as a backup at any moment.

Moreover, if it’s an argument that you can foresee, it’s best to prepare a speech. Make sure to know your ideas. Think about your possibilities, the depth of your arguments and, if possible, anticipate the other party’s responses.

Three practical strategies that will help you stay calm

Lastly, remember that staying calm during an argument may not be the easiest thing for you to do, but you’ll get there. You can start by exercising your self-observation and self-criticism. Believe it or not, they’ll help you learn the right tools you can apply during an argument.

How to Have Difficult Conversations
Although you would rather not, every once in a while you have to have difficult conversations. Many people choose to avoid them... Read more »
Link copied!
Interesting Articles
Art and Psychology
Art and Post-Conflict Recovery: Transforming Lives