You Can't Change Anyone But Yourself 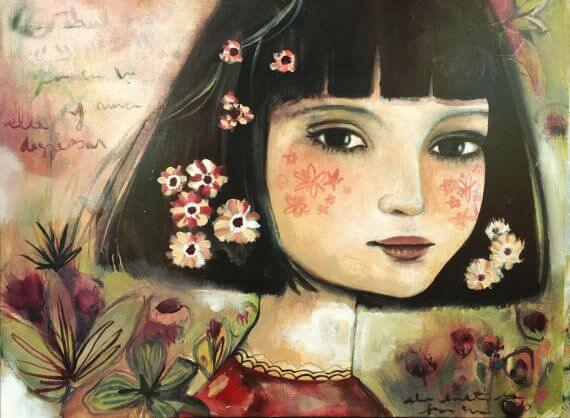 We think that changing other people is as simple as telling someone to stop smoking. If they don’t want to quit, no matter how much you tell them to, they won’t do it. Just look at yourself and ask yourself: would I do something that I really didn’t want to do?

“You can’t change another person, but you can be the reason why somebody changes.”

We don’t live in some sort of virtual world in which you can change the people around you. In the real world, there are two options: accept them or distance yourself from them. But at no point will there be the option to change other people.

Don’t try to change others

To understand this concept a little better, since we’re so stubborn as we are about it, we’ll share a lesson with you in the form of a story:

“A king was walking through a rocky town. He got angry and said, ‘I want you to kill all of the cows and carpet the entire town!’ The wise men of the area got together and told him, ‘Okay, your majesty, we have to kill ten thousand cows, tan all the leather, and in ten years we’ll have carpeted the entire kingdom so that our king doesn’t hurt himself.’ Then a jester came along and asked for permission to speak. The king acceded, and he said, ‘why don’t we kill one cow, tan the leather, and make the king some shoes?’ And the king learned that it was better to change himself rather than try to change the entire town.”

Let’s think about what this story is trying to tell us. The king thought that changing the whole town would be easy, so he never thought about the other possibility. The same thing happens with us. We always think that changing others will be easier than changing ourselves.

This is something that we need to learn and start to see with new eyes so that we don’t keep making the same mistakes. Changing others seems like the easiest option, much easier than changing ourselves. However, it is possible to change ourselves, but not others!

Accept others for who they are

Why can’t we just accept people for who they are instead of changing them? Sometimes you love someone so much that you want to change them so you don’t lose them. But do you know what this means? Changing someone else would mean they’re not themselves anymore. You’d be taking away their essence. If you really don’t feel comfortable with them, if you don’t accept who they are and how they act, distance yourself from them!

This is easy to say, but difficult to do. Yes, you lose a lot of strength and energy trying to make a change that will never happen. But accepting people for who they are also takes a lot of energy, often more than we think. So we unconsciously try to change them.

You can change, but only if you want to. Imagine if someone else asked you to change. They say that they won’t tolerate the way you are anymore, so you try to change, but you can’t. You’ll only be able to do it when the idea comes from yourself.

Accept people the way they are and you’ll never think that changing someone else is the solution. It’s usually a fruitless effort that can have more consequences than you think. Don’t take that risk. Change yourself, and accept others.

Link copied!
Interesting Articles
Psychology
Physical Symptoms of Depression: What Your Body is Telling You

The physical symptoms of depression are the brain's ways to tell us that something isn't okay. This complex disorder doesn't…

Psychology
How Can We Help Children Solve Problems

Children need to learn how to solve their problems themselves. In fact, resolving problems is one of the most important skills for…