Can We Stop Human Aging?

First alchemists and now researchers from all over the world have been pursuing their great dream: to defeat death. We have seen this battle between science and death in the movies. In this article, we'll be looking at today's reality. 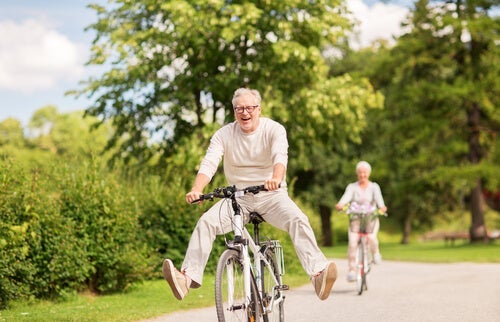 I want to die young and as old as possible. There are scientists who are analyzing the scientific advances in cell rejuvenation and how it could affect the aging of the world’s population as a whole. No scientific evidence suggests that human longevity can’t break through the supposed limit of 120 years, and many believe that there’s an open door to stop human aging.

Aubrey De Gray is an English biomedical gerontologist who studied at the University of Cambridge. He’s well known for his strong defense of the idea that it’s possible for humans to have an indefinite life expectancy. He’s certain that scientists will not only be able to stop human aging but that they’ll also develop strategies to restore our youth.

Other voices in the scientific community are also supporting these claims. It’s quite possible that, in the next 20 or 30 years, we’ll be able to develop medicines that will be able to transform a 60 or 70-year-old into a young person of 40, or even 30, years of age.

“By doing heart transplants, I saved 150 lives. If I had focused on preventive medicine before, I could have saved 150 million lives.”

I want to die young and as old as possible

People who will live to the age of 130 have already been born. That’s what Juan Carlos Izpisua, a Spanish pharmacist, claims. His publications contain more than 26,000 quotes that focus on stem cell biology and its development.

His studies focus on identifying the molecular and cellular mechanisms responsible for embryonic development. The contributions he has made have enormous potential in the fields of transplants and the fight against human aging.

A team of researchers from the California Institute of Technology (Caltech) and the University of California, Los Angeles (UCLA) has managed to develop a technique that eliminates the damage that accumulates in cells as humans age. The method could help stop, or even reverse, one of the main causes of aging.

The team of scientists, under the direction of biologist Nikolay Kandul, has managed to find a way to eliminate the genetic mutations that accumulate in the mitochondria, the small organelles that are responsible for producing energy inside the body’s cells. The study was published in 2016 in Nature Communications.

The DNA of life on our planet naturally stores its information in 4 “letters”: A, C, G, and T, which are the four initial letters of four key chemicals essential for human life. A human cell has about 3.2 billion of these letters. Minimal errors in the “alphabet” of a cell lead to diseases. All this can be reduced with these new cell regeneration advances.

“In 2045, death will be optional and, by then, aging will be a curable disease.”

Can we stop human aging someday?

The evidence that it’s possible to stop human aging lies is in the fact that some cells that already exist in nature don’t age. Such cells are germinals, carcinogens, and some bacteria. In biology, the most famous cells are the HELA and, by using them, scientists discovered in 1951 that cancer is immortal and doesn’t age.

This new immortality will change the whole concept of human society. As stem cells never age, we can apply the same concept to the body as a whole.

However, there’s another crucial date on the horizon: 2029. This is the year in which we’ll see whether Alan Turing’s test will come true. This British scientist said that the day will come when a human being won’t know whether they’re talking with another human being or with a form of artificial intelligence.

Each technological advance leads to more advances. Things are accelerating at such a rate that scientists claim that, in ten or fifteen years’ time, a human brain will be able to connect to the Internet. Technology will, indeed, play a crucial role in reversing aging.

Some people even believe that our primitive capacity to speak will be done telepathically in the future. All this thanks to technological advances that will work “as if by magic”.

“When you cease to make a contribution, you start to die.”

You Only Truly Age When You Lose Your Curiosity
You only truly age when the shadow of despondence creeps over you and you obsess over time passing. Maybe that's when you realize that getting older is Read more »
Link copied!
Interesting Articles
Treatments
Weight Gain Associated with Psychoactive Drugs