Artificial Intelligence is Right Around the Corner 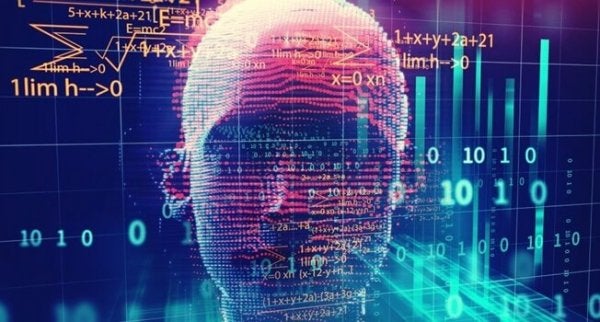 Artificial intelligence is something that attracting the attention of a lot of bright minds around the world. Right now we don’t know exactly how far they’ve gotten. Any steps forward are usually classified information, so we only get the news they want us to have. But some of their advances in this area are now public knowledge.

We know, for example, that they’re applying artificial intelligence to many kinds of repetitive activities. Not too long from now robots will replace human beings in those jobs. That will be just the beginning of a coming revolution where evermore sophisticated devices will play the starring role.

“No computer has ever been designed that is ever aware of what it’s doing; but most of the time, we aren’t either.”

We still aren’t exactly sure how these changes will affect our culture. But what we do know is that just like new technology changes our daily life, new developments in artificial intelligence will also bring along huge changes. It is all much closer to happening that a lot of people think.

Artificial intelligence and looking toward the future

Antonio Orbe is a psychologist and expert in the topic of artificial intelligence. He published a book called “Una mirada al futuro” (Looking Toward the Future). What he tries to do in this book is describe what the world will be like in the short- and medium-term.

Putting aside his other thoughts, one thing he says for certain is that many jobs are going to disappear soon. The first consequence will be inequality. Some workers will be out of a job. It will take political, economic, and social means to address this new situation.

However, Orbes has an optimistic view of the whole thing. He says it’s worth thinking about a new world where not everything focuses around work. Instead, leisure and recreation can start to play a bigger role. If that happened, we would start to do things to improve everyone’s well-being through collaborative environments.

Orbe also says that this could lead to competition between technology and human beings. A large part of the developments in artificial intelligence will do the jobs that humans do now. But that wouldn’t just apply to the working world, it would be for personal life too.

He talks about how it would be hard for human beings to adapt to new technologies. They’ll happen very quickly, which means we’ll need to be permanently adapting. This is something that actually happens successfully in a lot of individual cases.

But adaptation isn’t so fast on a social level. Artificial intelligence moves forward like a rocket, while societies move forward at the speed of a bicycle. That might end up being a source of instability and some tension.

The future of artificial intelligence

Orbes doesn’t think much of the fear (which comes partly from science-fiction movies and partly from common sense), that robots will take control of everything. He says that we’re still far from “general” artificial intelligence. That’s the kind that can take any problem you give it and solve it on its own.

There’s theoretically a high chance that artificial intelligence will become conscious. Basically that means that a machine might be able to replicate all of a human being’s intellectual abilities. But considering where we are now, we’re still quite far away from that happening.

Lastly, he talks about one of the most interesting aspects of artificial intelligence. He says it forces us to question what exactly it means to be human. If machines can do it, what am I capable of? What value or effect do my actions have in this context? What sets me apart from a machine? They’re important questions, now more than ever…

Daniel Goleman and His Theory on Emotional Intelligence
Emotional intelligence is, whether we like it or not, the real key to being happy. Learn about psychologist Daniel Goleman and his fascinating theory. Read more »
\
Link copied!
Interesting Articles
Culture
How to Activate Our Alpha Brain Waves

Culture
5 Wonderful Buddhist Tales that Will Make You Wiser

Buddhism comes from the word "budhi," which means awaken. Therefore, Buddhist philosophy is considered the philosophy of "the process of…