Change Blindness: How You Overestimate Your Visual Ability 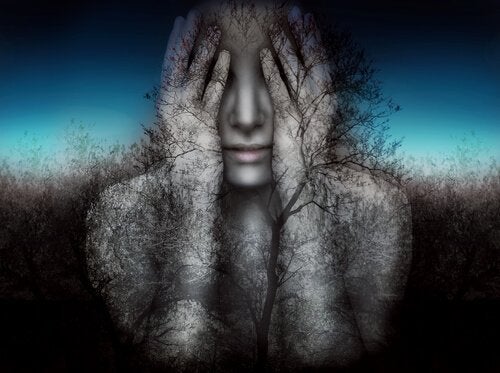 Changes are constantly happening around you. These modifications are relevant but seemingly imperceptible. Consequently, we don’t realize they’re taking place. That’s why they say that humans suffer from change blindness. We place too much trust in our ability to detect visual changes.

To demonstrate this extreme optimism about our capacity for observation, we invite you to watch the following video. Will you be able to identify all of the changes that take place in the video?

It’s incredible, isn’t it? Did you see all 21 changes? Change blindness is an area that scientists have taken an interest in because of its implications in different fields and professions.

Ronald Rensink was the first person to define our inability to detect changes in our field of vision. In 1997, the psychologist found that the phenomenon changed depending on whether the modifications were introduced gradually or abruptly. What’s more, he believed that the effect is greater when changes are introduced during a cut or a panoramic shot. This is the case in the following video:

Imagine that you’re watching a movie. More specifically, you’re watching a scene in which a customer is talking to an employee behind the sales counter. If the salesperson bends down to pick something up and switches with another actor, you probably won’t notice the change. How is that possible? Why don’t you notice such a significant difference?

Why we experience change blindness

One of the explanations for change blindness is that our minds naturally wander. We are phylogenetically programmed to conserve our cognitive and energy reserves as much as possible.

The brain isn’t a recording device that is constantly registering and processing all the details and information that it perceives. Instead, the brain tends to focus on whatever we’re aware of that is most likely to change. This selective focus is the result of experience and personal connection (Simons and Levin, 1998).

In the above scenario, for example, it’s more likely that the thing that changes is the item for sale (what the salesperson takes out of the display case). The likelihood that one of the actors will change is low. Your brain assumes that the salesperson is the same person, thus allowing it to save energy.

This phenomenon of change blindness is more pronounced if you’re receiving stimuli that capture and hold your attention. This explains why you can’t take your eyes off the gun while witnessing an armed robbery. In general, this image exhausts your attention reserves. It doesn’t leave space for other details. Take a look at this interesting video about this ability.

Illusionists, or magicians, use this technique often and “take advantage” of our change blindness. They know exactly where to keep our attention and how to do their tricks at the right moment. Moving with this kind of invisibility cloak is an art!

Being blind to change blindness

As we said before, our day-to-day lives are governed by change. However, instead of being modest and realizing that we completely miss many of these changes, we’re wholly convinced that we’re capable of catching very small and gradual changes. That’s why experts often say that we’re blind to change blindness.

Not being able to recognize your own limitations is a limitation in and of itself.

Here’s an example that is quite common and illustrates this point perfectly. You can take the same route to work for years and not appreciate the small changes that happen from one day to the next. You don’t notice that they painted a fence another color, that a traffic sign is gone, that a store closed… Then, you’re on your regular route one day and suddenly think “How long has it been like this?” Has that ever happened to you?

The same thing that happens in your surroundings happens to you as well. You look at yourself every day in the mirror and you don’t appreciate the evolution and the changes that age brings to your face and body. But what would happen if you didn’t see yourself for two months? It’s just like when you haven’t seen a friend for a while. You notice all the small changes that have taken place. You notice weight loss, wrinkles, scars… If, on the other hand, you see the person every day, these signs that mark the passage of time wouldn’t be so noticeable.

Our brains are still a little-known universe. Perceptive phenomena in the fields of neuroscience and cognitive psychology (like change blindness) demonstrate the complexity of this important organ.

This guide for coping with COVID-19 is based on the book published by Russ Harris, The Happiness Trap. He's a…