Calisto and Melibea - Psychology of the Characters

What are the psychological characteristics of the characters in the book La Celestina, originally known as The Comedy of Calisto and Melibea? Why are its characters so important for the development of this tragicomedy? Read on to discover the answers to these questions. 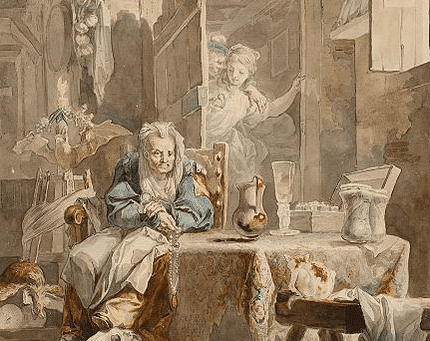 La Celestina is a literary work surrounded by questions and this is why it’s so interesting, especially when it comes to its characters. Calisto and Melibea are obviously the most important ones in the story. However, all of them represent a specific psychological character. It’s just what gives them life and makes their role essential within the work.

Focusing on the characters that Fernando de Rojas designed with such care is a traditional way of approaching this work of literature, a tragicomedy.

The characters in The Comedy of Calisto and Melibea

There are 13 characters in La Celestina that have a significant role in the development of the story. Although Calisto and Melibea are the lovers, the central axis of the tragicomedy, the other characters are very, very important.

La Celestina is an elderly woman who’s famous for bringing two people together; through certain tricks, that is. Within this work, she procures for Calisto who wants Melibea to fall for him. Despite her purportedly helpful disposition, Celestina is a woman who:

Melibea is one of the protagonists of La Celestina. In the beginning, you discover that Calisto doesn’t attract her. Her rejection is so clear that it manifests as a remarkable arrogance. However, after the help that Calisto receives from Celestina, the change in Melibea is sudden and surprising.

This is because she goes from rejection to a most absolute surrender, where she’s the one who proactively looks forward to her secret meetings with Calisto. Thus, she ends up falling into the extremism of romantic love (a term addressed in this article) which ends tragically.

Calisto pledges himself to Melibea but what motivates him isn’t love, only a desire to get what he wants. This behavior portrays him as a selfish person capable of doing anything to achieve what he longs without caring about the consequences.

He reveals himself as an insecure and immature person. He’s a young dreamer who can’t handle the frustration of his unmet expectations too well. When these aren’t fulfilled, he goes into crisis due to the resistance against him. Melibea’s rejection, in this case.

Calisto has an antihero role. He dies in an absurd way after he falls while climbing down a ladder after a sexual encounter with Melibea.

Pármeno is Calisto’s servant. He’s a loyal character who strives to take care of his lord. For example, he warns him of the danger of placing his trust in Celestina. However, his loyalty comes to an end after Calisto humiliates him by not believing what he says.

Sempronio is another servant whom the story presents as a liar with false intentions. Unlike Pármeno, he takes advantage of “his lord” from the beginning and tries to get as much money from him as possible. He does it sanctimoniously, of course.

Tristán and Sosia are faithful servants who were once stable boys. The former falls blindly in love with Areúsa. She manipulates Sosia to get information about his master.

In contrast, Tristán painfully grieves Calisto after he dies. Both Tristán and Sosia are more Calisto’s friends than servants. Theirs is a real friendship, without hidden intentions.

Lucrecia is Melibea’s maid and her faithful confidant. They both tell each other everything that happens to them, especially when it comes to love. Thus, they feel closer in their misfortunes and misadventures. It’s thanks to Lucrecia that Calisto and Melibea can meet every night.

The maid was once a prostitute but she decided to change her life and dedicate herself to serving. In any case, her character is the archetype of an envious person. She’s jealous of her former companions and also of Melibea’s love encounters with Callisto.

Elicia is also a prostitute in La Celestina who has an impulsive, contradictory, and carefree personality. She lives for the present but seeks revenge when her mentor dies because she feels lonely and finished.

Areúsa’s character, contrary to Elicia, is characterized as independent, free, and spiteful. She’s very similar to Celestina since she knows just how to manipulate others. In fact, she does so with his partner, Centurio.

Centurio lives at the expense of prostitutes, he’s what’s known today as a pimp. In addition, his character is evil, somewhat lustful, and a liar. He commonly uses prostitutes to get what he wants.

Even though he has an imposing presence, due to his size and bad character, that courage is really only a facade. In reality, he’s a coward.

Pleberio is Melibea’s father. He’s a very old man who’s always busy. His life loses all meaning after his daughter dies. He’s a character who’s constantly worried about his daughter, especially because he wants her to marry well.

Alisa is Melibea’s mother and she has a secondary role. This is because she lives under the shadow of her husband. Her character is rather naive and doesn’t distrust anyone. In fact, she allows Celestina into her home.

The psychological characterization in this work by Fernando de Rojas is highly diverse. However, this is what allows us to perceive the evolution of the characters.

All the characters change. For example, Melibea goes from rejecting Calisto to absolutely adoring him. Then, Elicia goes from complete nonchalance to the search for revenge after the death of Celestina. Each person has an important and fundamental role in the story.

Have you read the book? Did you ever notice how Fernando de Rojas used psychological archetypes in his characters?

The Bitterness of Impossible and Disgruntled Loves
Who hasn't had one? One of those impossible loves which you know only exists for you. Nowadays, it is less frequent to experience a disgruntled love. Read more »
Link copied!
Interesting Articles
Literature and Psychology
7 of the Best Books on Meditation

Literature and Psychology
Peter Pan, the Story of the Boy Who Didn't Want to Grow Up

Literature and Psychology
Two Stories for the Soul

We often go through difficult situations in which we can find no consolation in the people around us. Full of doubts and with no support that we can turn to, we…