Body Image: It's Great to Have a Unique Body 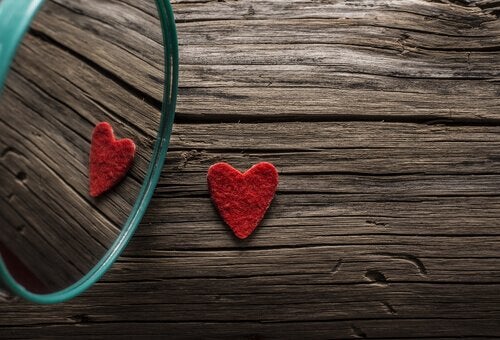 Each person builds their own body image from what they see in the mirror and also from other factors: a sense of self or self-esteem that derives from the perception of their own body, personality, experiences, or education. Plus, the social environment and the influence of beauty standards makes body image a very complex portrait.

There are multiple ways one can come to be unhappy with their own body. There are women that even get close to what society deems as beautiful and still hate their appearance. Other women feel society punished them for weighing more than what’s considered “beautiful” and therefore feel belittled. Sometimes the discontent is mild, but other times it’s so intense that it causes so much suffering. This can end up leading to anorexia, bulimia nervosa, bigorexia, etc.

We see women who wish they were thinner, others who suffer for not being athletic or fit enough. Some would like to be curvier, while others hate their voluptuous bodies.

In order to eliminate these toxic thoughts some organizations have emerged, people have created projects such as the National Association for Self-Esteem. These projects have the goal of preventing eating disorders, as well as raising awareness and empowering people who aren’t happy in their own skin.

“I was so stuck in the scale game. I was the kind of person who weighed herself three times a day. However, one day you start to realize it’s not about the number on the scale, it’s about how you project yourself.”

Women’s discontent with their own bodies is an issue that’s spreading more and more. Nowadays, 80% of women don’t like how they look. This outbreak of dissatisfaction is due to the ongoing pressure women experience on a daily basis in social media, on the street, at work, and in their families. Everyone comments about women and their bodies, wrinkles, fat, or lack thereof.

This is why it’s understandable that women nowadays worry more and more about their image. They want to be an exclusive copy of the marketing and fashion world.

Keeping in mind that the gap between the average size and the “ideal” size is always bigger, it’s not strange why female unhappiness over their own bodies has increased. The range of what’s acceptable keeps narrowing down, meaning that more and more women don’t fit these standards.

“I was always chubby growing up. Being compared to my sisters was something I was used to. But I was compared in such a harsh way I just thought ‘Okay, that’s my role’. So I started saying it before people. I was like ‘Okay, I’m the fat, funny sister, who cares?’ [In reality] I wasn’t overweight or obese. But I let society make me believe that I was.”

Our society should look at the dissatisfaction problem as something we create. Extending the concept of beauty is something beyond physical features. It’s a duty we all have for the emotional well-being of many women who hate their bodies so much they end up having eating disorders such as anorexia or bulimia.

“When I grew up, I never heard positive reinforcement about body image from any female in my life. I only heard negatives. That’s very damaging because, as a young woman, you immediately scrutinize yourself and how you look.”

Emotions
The Randomness of Life: How to Accept the Unexpected

Many women long to find love in their lives, but they ignore the fact that in order to find it,…

Wellness
If You Really Enjoyed It, You'll Never Forget It

If you really enjoyed it, no matter how brief it was, you’ll never forget it. Because there are loves whose…

Wellness
The Different Stages of "I Love You"

Many times, the greatest  of romances end with a teary-eyed "I love you." It's true that within a relationship, depending on the…