What factors contribute to the development of an eating disorder? 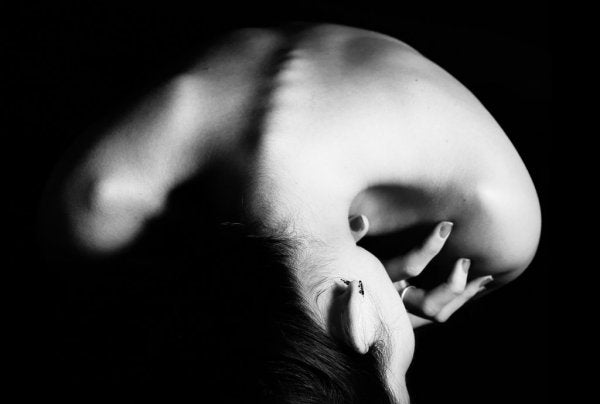 We are aware that a lot of people have eating disorders. We mostly hear about girls, but it also affects boys. It is also well known that they create numerous health problems for all those who suffer from them.

An eating disorder, though, also has repercussions at a psychological and social level. Interpersonal relationships deteriorate and emotional discomfort gains ground. The fact is that an eating disorder endangers the victims’s life, so it is vital to understand what factors or variables are associated with their development so that we can work on them. Remember that it is easier to prevent than to heal!

“I want to be the person who feels great in her body and can say that she loves it and doesn’t want to change anything.”
-Emma Watson-

The relationship between body image and an eating disorder

In terms of body image and eating disorders, we have to take into account two concepts: dissatisfaction and distortion. Underestimating or overestimating your body — perceiving it in a distorted way — can cause you to perceive an unreal weight.

This will generate dissatisfaction with your body image, triggering a series of negative emotions that you will try to regulate with food. Thus, you enter a vicious cycle of dieting constantly to meet unrealistic beauty standards — if not more than that.

Worrying about weight is common in the majority of adolescents and young people. Like everything, when it becomes excessive and intense is when a person may start taking desperate measures in order to lose weight.

Another risk factor related is body mass index. Studies have shown that reaching adolescence with a high BMI (body mass index), which indicates (though imperfectly) being overweight, can lead to the onset of an eating disorder.

“You are imperfect, permanently and inevitably flawed. And you are beautiful”.

The role of society in eating disorders

Of course, we must not forget that dissatisfaction and distortion of body image are nourished and in some cases created by the society we are all a part of. Thinness is promoted as desirability. In addition, it is associated with positive values ​​such as youth, prestige, high self-esteem and elegance. In short, it’s sold as the basic condition of acceptance.

At the same time, having a high weight (even slightly) is linked with negative values ​​such as sloppiness, lack of will, being dirty, etc. This causes people to go on “miracle” diets and try to lose weight in a very short time. This, however, can get out of control and end in eating restrictions that go too far.

This has a greater influence on young women and adolescents. But why is that? Well, the need to be thin is more culturally emphasized with these groups. In addition, to achieve the values ​​associated with thinness, they must lose weight.

But a person’s closest friends also play a part. Living in a family where physical appearance and diet are excessively important is another risk factor. The same may happen if you have friends with an eating disorder; it can be contagious.

“My body is not perfect. I’m not in my best shape, but this is me and I love it”
-Joanna Krupa-

In short, there are numerous factors that play a role in eating disorders. Taking them into account will help us to try to instill in young people values ​​of self-esteem and personal fulfillment that go beyond body image and weight… Do your part to make a change!

5 Movies for Understanding Anorexia
We need to raise awareness of eating disorders. What should we do when we want to make a movie about anorexia? Read more »
Link copied!
Interesting Articles
Culture
5 Buddhism Tips to Manage Chaos

The world has never been a peaceful place. Each historic era has had its share of negative events. In the world we…

Culture
Being Paralyzed by Fear: Why it Happens

Today, we'll talk about why we're paralyzed by fear instead of actively reacting to certain stressful situations. Why do our…

Serotonin syndrome is a clinical condition associated with an adverse reaction to antidepressants. Recent studies indicate that the incidence of…