Blowing Betrayal Out of Proportion

We often blow betrayal out of proportion without realizing that we may just be associating it with things that simply go against our expectations. It may be less a betrayal on their part than disappointment on ours. 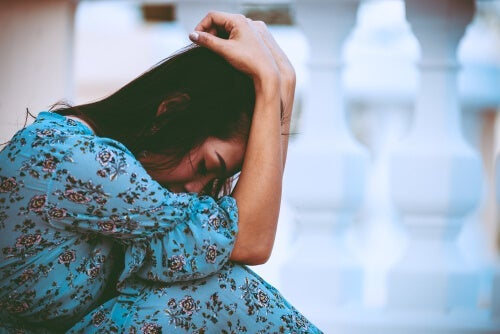 For many people, betrayal is unforgivable. It leaves a gaping wound and deep scars. In fact, it has even become taboo. We often blow betrayal so out of proportion that we refuse to talk about it because the betrayal has spoken for itself. Nothing can justify it, and nothing can make it better.

But that prevents you from seeing important nuances. For example, sometimes, you may see something as betrayal when it really isn’t. Or you may judge too harshly when other people are inconsistent, and really all they’ve done is disappoint you, not hurt you deeply.

“Everyone suffers at least one bad betrayal in their lifetime. It’s what unites us. The trick is not to let it destroy your trust in others when that happens. Don’t let them take that from you.”

You need to be objective and mature to put betrayal where it really belongs. Obviously it’s not pleasant when someone lets you down. However, the disappointment that comes out of that often has more to do with you than the other person’s actions.

Blowing betrayal out of proportion

The word betrayal may come up when someone goes against their word or breaks an agreement. Etymologically, the word “traitor” comes from the Latin word traditor, which means “a person who hands someone over to the other side”. Thus, it has military connotations, basically meaning giving someone up to the enemy.

But in daily life, we use the word to refer to times when someone who’s supposedly on your side suddenly says something or acts in a way that goes against you or your interests. You thought they were on your side, but you suddenly realize they weren’t.

In the same way, being against you could involve something such as calling out your flaws or failures or more serious things such as trying to bring you down. But it can also include things such as not meeting your expectations.

When you have a platonic or romantic relationship with someone, the limits of it aren’t always clear. Both people tend to assume that there are agreements and commitments between them, but they often remain unspoken. The basic idea is that if they have a positive relationship, they won’t end up hurting each other.

But as we mentioned earlier, this whole thing of “them hurting you” can be extremely subjective. The most typical example is a betrayal between romantic partners.

The question here is: does their romantic pact mean they have to maintain those feelings regardless of the circumstances? That may be their intentions, but it’s also a very difficult goal to achieve.

That’s partly because feelings go through cycles. In some cases, they may lean in a positive direction. Other times, they can start to fade away or even turn in a negative direction.

There are no certainties here, no matter how much some people will tell you there are. You may maintain your bond for the sake of commitment, but that doesn’t mean your feelings haven’t changed.

But so many people feel upset and betrayed when their partner’s feelings change. The real issue here, though, is who the problem lays with. Is it in the person who simply begins to feel a different way, and acts accordingly, or the person who expects that never to happen? In other words, are you blowing the “betrayal” out of proportion?

Many people will say that they understand if their partner’s feelings change. At least, so long as that person is sincere and expresses that change early on. But this is rarely the case. If one person is in love and the other has fallen out of love, it’s really hard for the first person to accept that. Especially if their partner has fallen for someone else.

That’s also why people so frequently hide it from their partners. They’re not truly trying to deceive their partner, they just don’t want to have to feel guilty for the harm it may cause or the storm it may unleash. Of course, there are also those manipulative, cynical people who play with other people’s feelings but they’re the minority.

You can help prevent this by being much more flexible with betrayal or what we refer to as betrayal. In so many cases, the circumstances are more important to you than the actual actions. You may be blowing the betrayal out of proportion. Thus, it may just be that the other person isn’t meeting your expectations or doing what you’d hoped.

Disappointments Can Change Your Way of Life
The changes caused by disappointments can be irreversible. This isn't always a negative thing. It depends on the direction the transformation takes place. Read more »

Deferred happiness syndrome arises as a result of bad time management. This is when you delay your desires time and time again due to various responsibilities that come up in…

Sometimes all we need is a hug and a caress at the right time, without words they tell us "I'm…

Personal Development
How to Take Initiative and Make Things Happen

Knowing how to take the initiative is, for example, daring to ask the person you like on a date. It's…

Wellness
Anxiety: Why Is It So Difficult to Overcome?

These days, anxiety attacks are very common, and most often we have no idea how to deal with or alleviate…

Some call them "subtleties" or "passive aggressiveness". However, they're actually microaggressions. They're words or actions that have an aggressive and violent…

I feel bad about something that I shouldn't care about anymore. It's a shadow that always accompanies me. It's too…