Loyal People: Sticking to Your Principles

You can't force someone to be loyal. Loyalty is an act of freedom where you choose who or what to give your commitment, respect, and affection to. But before you can be firmly respectful towards others, you have to respect yourself. 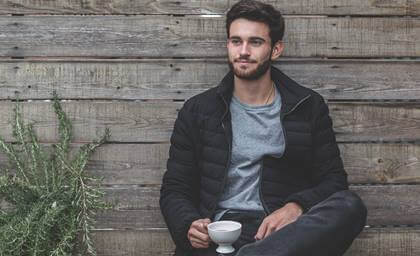 Loyal people are, above all, honest people. They live their lives by a code that always lines up with their values and their commitment to being respectful towards other people. For them, there’s no room for betrayal, lies, or self-interested actions. Loyalty is a fascinating, profound concept that goes way beyond trust.

If you’re wondering about the origins of the concept of loyalty, the field of anthropology has an interesting answer. According to this science, loyalty was a survival mechanism in our past. Back when our ancestors’ lives were riddled with danger and hardship, receiving help and support from other people was the key to survival.

But that’s not how the world is for us anymore. And yet, we still need that sense of intimacy and safety from the meaningful people in our lives in order to feel good. Basically, it means giving someone else your attention, respect, and commitment, as well as the knowledge that you won’t betray them and don’t have hidden motivations.

Some people say that loyalty is a necessary value, but one that’s at risk of extinction. But there are more loyal people out there than you might think. That being said, it’s still important to know what it means to be loyal. It can be easy to fall into dynamics where that idea starts to get skewed. Let’s take a closer look.

“Master, go on, and I will follow thee to the last gasp with truth and loyalty.”

Seneca said that loyalty starts with trust. But like we mentioned above, loyalty goes much deeper than that, and it’s much more complex and particular. For one thing, loyal people are faithful to their own principles above all else. That’s the foundation of loyal behavior: they always stick to their principles and what they see as right.

Loyalty, A commitment to doing the right thing

The Latin root of “loyalty” comes from the word “legal”. That’s why it involves a sense of integrity and a commitment to always doing the right thing. But what does that mean in terms of your relationships?

Well, for example, it means that even if you break things off with a partner or a friend, you should still be respectful with each other. You should never reveal their secrets, criticize them, or otherwise do anything that could hurt them in any way.

After trust comes loyalty. Even if the first goes away, and you no longer have a bond with someone, that doesn’t mean you have to lose a deep sense of respect for them. In the end, it’s a virtue as noble as it is desirable.

You can’t make someone be loyal to you

Let’s be honest, if there’s one thing demanded of us all the time nowadays, it’s our loyalty. That’s true with work, where you have to be loyal to a company, or a set of rules, and with your family. Many families demand that you maintain the exact same values, customs, and rituals as them.

Loyal people are sincere, not condescending, and will help you grow

Loyal people will never be condescending with you. They’re not the kinds of people who will say yes to everything, never raise objections, or support you in everything you do and every decision you make, no matter how questionable it is. No; loyalty is sincerity and an active commitment to other people’s well-being.

That means that if they feel like they need to slow you down, warn you about something, or open your eyes to a side you’re not seeing, they will. They act according to firm values, not a sense of servility or passiveness. They want what’s best for you, and will always tell you the truth even if it hurts. They’ll show you your mistakes but also places where you can grow.

You can tell that loyalty isn’t as simple as you might have thought. It’s not something someone can force you to be, either. Loyalty is an internal, not external force, and it should always be in line with a core set of values based on respect and integrity.

Lastly, loyal people aren’t all talk, either. They’ll move beyond words and put their loyalty into action, in whatever circumstance or situation it might be necessary.

Houdini Syndrome: Not Being Emotionally Available
Some people escape from their relationships. Why do people flee commitments? Read this article on Houdini syndrome to find out! Read more »
Link copied!
Interesting Articles
Personality Psychology
The Differences Between Introverted and Highly Sensitive People