Per Scientific Experiments, 5 Ways to Manipulate Your Mind 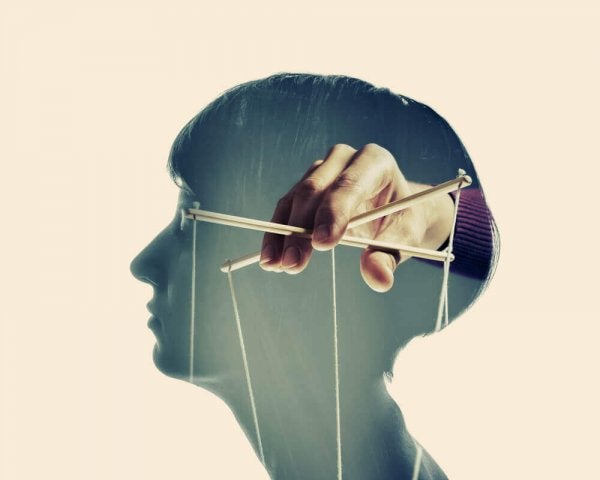 The human mind never ceases to amaze. Scientists have spent years and years studying it, but we’re still so far from knowing its deepest secrets. The deeper you go, the more new puzzles appear.

Let’s start with the idea that your mind allows you to know what’s real. Or the illusion that the more rational you are, the closer you are to the truth. Various experiments have shown that these assumptions aren’t so true.

There are tons of ways to deceive the mind. Various studies have shown that it’s possible to make people believe things that aren’t real and distort their perception of things that are.

So the mind is not only oriented towards organization and reason, but also towards populating our world with fantasies. Below we’ll explain five such experiments.

In 2014, a group of neuroscientists from Bielefeld University in Germany performed an interesting experiment on perception. The researchers gathered a bunch of volunteers and asked them to sit down and rest their hands on a table.

Then, they lightly hit the participants’ right hand with a small hammer, while they simultaneously played the sound of an enormous hammer whacking a slab of marble.

A few minutes later, all the participants said their hands felt more stiff, heavy, and hard, as if they were made of marble.

Their brains combined their tactile and auditory perceptions, and as the auditory stimulus was stronger, it won over the tactile one and created the illusion of having a marble hand.

The Prisoner’s Dilemma is a hypothetical situation proposed in game theory that states that in order to achieve the best solution for all people involved in a competitive problem, everyone must cooperate in an organized way.

Suppose there are two prisoners who are accomplices in a crime. The two are separated and asked to implicate the other.

They’re offered various alternatives, including getting off completely free if they give away the other. But neither one gives their friend up and both get just a one year sentence.

This was reproduced as a real experiment, except they put a hot object in one prisoner’s hand and ice in the other’s. The same was repeated with various pairs of prisoners, and the results were always the same: the prisoner who was holding the hot object was less selfish.

It seems as though temperature affects the way the mind processes information.

3. Effects of prolonged isolation on the mind

It’s been proven that prolonged isolation has significant effects on the mind. One powerful case is that of Sarah Shourd, who was imprisoned and isolated by Iranians for 10,000 hours. She began hallucinating all the time and it got to the point where she couldn’t tell whether it was her or someone else who was shouting.

It’s also been proven that prolonged isolation paired with darkness produces serious changes in perception. The most significant example is losing one’s sense of time and circadian rhythm, which can extend to 48 hours instead of 24 (36 hours of activity and 12 hours of sleep).

Science tells us that senses perform a combined function. Hearing isn’t exactly independent from sight, touch, or smell. The brain combines these perceptions and constructs a global meaning out of them.

For example, studies show that people feel more pain when they look at the syringe needle during an injection than when they don’t. So it’s not so silly to look away when you’re about to get stuck with a needle.

There have been many experiments on the subject using different senses. One study in England served steak to people in the dark, and they all thought it was delicious.

However, when the lights turned on and they saw that the steak was blue, most people felt like vomiting.

The human brain confuses reality with fantasy surprisingly easily. The Karolinska Institute in Sweden tested this idea a few years ago by giving a group of 125 volunteers virtual reality glasses.

When they put them on, they saw themselves sitting next to a person passing a brush over them, and with every stroke, they began to disappear.

At the same time, a real person was passing a brush over their real bodies. As a result, every participant felt like they were becoming invisible.

Later on, they were placed in front of an audience and their reactions were monitored. All of them showed lower levels of stress in front of the audience when they felt invisible.

As you can see, it isn’t so hard to deceive the mind. All of these experiments show that perception can stray far from reality.

These particular experiments investigated physical experiences, but it’s also true for abstract experiences. Believe it or not, you’re probably not as close to reality as you think you are.

3 Strategies to Get Over Your Fear of Public Speaking
Are you tired of feeling held back by your fear of public speaking? If you've had to face this fear, you probably have already heard a lot of advice Read more »
Link copied!
Interesting Articles
Psychology
Accept Others for Who They Are

I like people who accept others for who they are, who don't judge or criticize. I like them because they know their…

Psychology
How to Accept Another Person's Past

We all have our personal history. We may not always be proud of what we have done or even be…