The Benefits of Workshops for Parents of Autistic Children

Discover why workshops for parents of autistic children can really benefit them in this article! 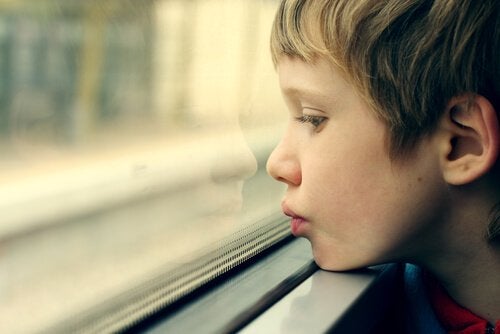 The first autism case is more than 200 years old. In 1770, Prefect described the case of an eleven-year-old boy with a disorder characterized by prolonged states of confusion and delirium that sometimes alternated with periods of lethargy and distress. At that time, researchers started to try to explain this condition. As of now, there are several scientific investigations that autism is caused by the alteration of several genes.

There are many different theories about autism. One of the most influential ones is the theory of mind, which was formulated in 1985 by Simon Baron-Cohen, Alan Leslie, and Uta Frith. In their studies on the development of social understanding in young children, they hypothesized that people with autism have no theory of mind. They don’t have the ability to attribute independent mental states to themselves and others in order to predict and explain their behavior.

It’s quite hard for a family when one of their children is diagnosed with autism spectrum disorder. All of a sudden, uncertainty is the only thing they see. Filtering and digesting all the information and options can be overwhelming. They know that they’ll have to constantly see health professionals and deal with complex terminology and a lot of information. In addition, the parents of autistic children often have to deal with emotions such as fear, grief, denial, guilt, anger, and sadness.

Parents of autistic children have to face two realities. On one hand, that their child has a condition they didn’t think they’d have. Secondly, they must start learning about this developmental disorder which, more often than not, they can’t wrap their heads around.

For the parents, all of this is physically and psychologically exhausting. Autistic children often have confusing attitudes and behaviors. Their lack of response, repetitive play, and rejection of physical contact are some of the hardest things for parents to digest.

This is why workshops for parents of autistic children can benefit them because they encourage the understanding of this condition. They provide parents with tools that can help them better understand and educate their autistic children.

Autism compromises the quality of life of those who suffer from it, as well as their family. This condition hinders the development of interpersonal relationships and learning processes, making the patient’s future uncertain in terms of independence, self-care, and productivity.

Parents of autistic children are forced to modify several aspects of their lives because of how demanding this condition is. This hinders the parents’ personal development and may even put the family’s physical and mental health at risk.

Being the parent of a child with multiple limitations is taxing. Taking care of an autistic child requires effort, patience, and a lot of time. This means that they stop taking care of themselves in order to care for their child at all times. All of a sudden, the parents’ lives revolve only around their child.

In our current world, emotions are highly relevant. Nowadays, it’s necessary to teach children (and adults) the importance of emotional education. Although each person with autism spectrum disorder is unique and different, most of them have common traits such as fear of change, difficulty in verbal expression, restricted interests, stereotypes, distorted sensitivity, and difficulty empathizing with others.

Workshops for parents of autistic children help them learn more about said common traits.  When their child is first diagnosed, the parents tend to feel shocked. Their confusion can even paralyze them. They then go into denial. Since reality becomes too difficult to deal with, they choose to pretend like nothing is happening.

An autism diagnosis can wear parents out emotionally. Sometimes, parents like to get second opinions and cling to the most favorable one even when they know it’s wrong. After this, they tend to reach the acceptance stage and may even fall into depression, great despair, and anxiety.

The final stage is when they’ve finally overcome all of the above and are ready to face reality. During this stage, parents usually seek the most personalized and advantageous treatment for their autistic child. The duration of each of the stages can vary greatly from one family to another.

This is why workshops for parents of autistic children are so important. Not only are they beneficial for the parents, but the children can also learn a lot from them. Several studies confirm that these workshops can improve a family’s quality of life.

5 Signs Your Child Has Autism
Autism is used by some people to describe anyone who has problems relating to others, when that's actually far from the clinical definition. Here are signs your child has autism. Read more »
Link copied!
Interesting Articles
Psychology
Hyperosmia: Definition and Causes

Our life is a constant series of experiences -- both positive and negative. We must go through it all. For…

Psychology
The Girl With Bracelets on Her Wrists

How do I begin telling this story, my story? How do I show you that I had everything, but lost it…