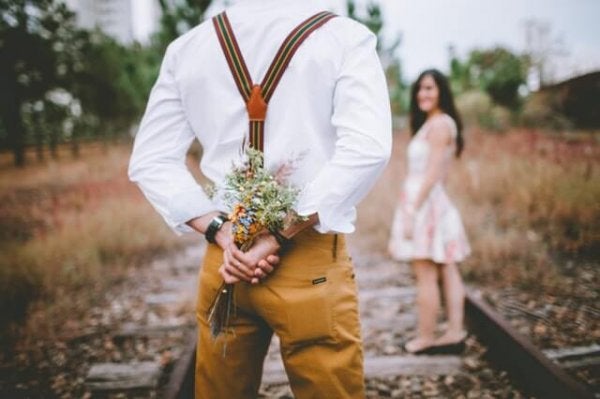 With the advent of social media, relationships are changing. Love at first sight is measured by the number of hearts you get on Instagram. A “like” from the right person on Facebook can make our day.

And terms like “ghosting” and “benching” are now part of our vocabulary. But really, we’re giving names to habits that are extremely cowardly.

In a society addicted to technology, it’s not surprising that many romances begin online. After texting a bit, the next logical step is to go get coffee or a beer. Thus begins the modern story of love (or heartbreak).

It seems simple, but so often these situations get complicated. Maybe after a few dates, one person isn’t interested anymore. But they don’t know how to say it. Sometimes, embarrassment and selfishness lead to “ghosting”: disappearing with no explanation.

In ghosting, the other person finds that the person they were seeing isn’t answering their messages or calls anymore. She blocked him from her social media networks without giving any reason. He doesn’t know what’s happening and feels upset, angry, and mistrustful.

Just like ghosting, benching is a way to get out of a relationship without actually facing the other person. The main difference is that benching involves maintaining contact with the other person in order to use him.

The term comes from the expression “to bench” (like in sports). The concept is simple: feign interest in a person we don’t want anything serious with so we can have them as a backup.

Maybe it’s because there’s someone else we actually like or because we don’t want to be tied down. Either way, benching is becoming more and more common.

Living in uncertainty all the time can actually be pleasant at first. Not knowing what’s going to happen or if the other person is really interested is exciting.

However, it also can be quite upsetting for the person that’s been benched. Selfishness doesn’t usually turn out too well.

“If loving you means setting aside my self-love, my link with you is toxic. It doesn’t interest me.”

How can you tell if someone is benching you?

They take days to respond

It’s true that when we like someone sometimes we wait a while to answer. We don’t want to ruin the magic. We also don’t want the other person to think we’re too available. So it’s normal to wait a little while to respond to a message that special someone sent you.

What isn’t normal is waiting days or weeks. If the person you’re dating is behaving this way, keep your guard up.

Because if they really like you they won’t let so much time pass. Unless something actually happened, they won’t want to wait, afraid you might lose interest.

They flatter you, but then ignore you

They will probably flatter you a lot, physically and emotionally. The other person tells you you’re special, unique, attractive, different. Your self-esteem goes up but they’re doing it for themselves. They want you to need them and not be able to live without them.

At the same time, they ignore you whenever they want. That creates ambiguity that leaves you feeling lost and confused. At this point, victims of benching often become somewhat dependent on the other person.

They give ambiguous answers to difficult questions

You may have already asked them several times where the relationship is going. But they’re incapable of having a conversation about it.

In fact, they avoid anything that has to do with the subject. They keep flattering you, but they won’t talk honestly about how they feel.

Their only intention is to keep you waiting, to see if something better comes along. They don’t care about how you feel or the damage they might be doing to you.

Instead, their main concern is their own well-being. They’re terrified of being alone. They’re scared of not having someone around to inflate their ego. Their fear makes it impossible for them to see the bigger picture.

Those who practice benching make sure that someone is always on the back-burner. They do it because they are afraid to be alone.

Loving yourself protects you from benching

In any relationship, it’s important to set some boundaries about what we’re willing to put up with. If your relationship has been clear and honest from the beginning, maybe benching isn’t the right term.

There are couples who decide to have an open relationship from the beginning. In the long term, some discover that this type of arrangement isn’t working. They end up with more pain and hurt than advantages.

If that’s the case, you aren’t a victim of benching. It is just a lack of communication with the other person. Accepting a kind of relationship that you actually aren’t okay with is your problem, not theirs.

On the other hand, if you feel that you’re being deceived or someone is withholding information from you, stick to your guns. You need to love yourself enough to know that it’s better to be alone than in a bad company.

Before Loving You, I Love Myself
Let me tell you that before giving myself to you I need to give me to myself, to get to know all my nooks and crannies. Read more »
Link copied!
Interesting Articles
Psychology
The Best Way to Show Gratitude is to Value What You Have

Psychology
Can Literature and Poetry Help Us Overcome Depression?

For the Greek, libraries were places that healed the soul. Literature and poetry are therapeutic tools that can help us…