Astrologer Nostradamus - The Most Famous Prophet

The prophecies of renowned physician and astrologer Nostradamus earned him international fame. During his lifetime, he was followed by many, as people accredited him with predicting accurately pivotal events. Read on to learn more. 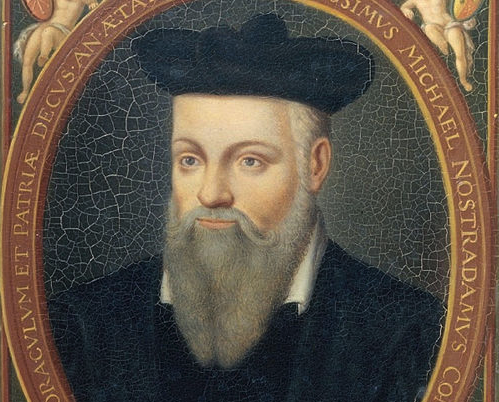 In sixteenth-century France, a physician of Jewish descent named Michel de Nostredame reached notable fame. He became so famous that even European courts invited him. His gift of healing brought him ample recognition.

Back then, medicine was far from being a clearly defined science as it is nowadays. Therefore, many practitioners before Nostradamus combined medicine and astrology. He learned a lot from them, including how to prepare medicines and cosmetics.

Predictions inspired by Astrology weren’t considered a heretic in that era. After all, God talked about the stars in the Bible. This brilliant prophet took advantage of this, even working with Catherine de Médicis, consort of Henry II of France. Even in the 21st century, his prophecies are analyzed by avid fans.

After a while, astrologer Nostradamus found himself a local celebrity thanks to his much-needed treatments. In fact, several situations that took place in the 15th and 16th centuries catapulted his power. First of all, the plague devastated Europe, turning it into a cemetery.

Deaths, crop failure, and ongoing religious wars made any help in terms of knowing the future highly valuable. As a matter of fact, his first wife and children died, presumably of the plague. He was devastated because he wasn’t able to save his beloved wife and children.

On the other hand, the Renaissance took Europe by storm both culturally and intellectually. Amazingly, researchers, physicians, artists, painters, and sculptures multiplied in both cities and courts. They were definitely much less focused on religious power when compared to medieval times.

“An Emperor will be born near Italy,

Who will cost the Empire dearly,

It will be said when his allies are seen,

That he’s less a Prince than a butcher.”

-Nostradamus, referring to the rise of Napoleon-

Nostradamus entered Avignon University to study medicine at the age of 16. After a year, he was forced to leave the city due to an outbreak of the plague. After he moved to Salon in 1544, he became famous for his innovative medical treatments for dealing with the plague.

According to his own account, during this time, he traveled through the countryside and to Italy, researching herbal remedies and working as an apothecary. His expert remedies became highly coveted in every French city that was awfully hit with the plague.

Astrologer Nostradamus wrote his first almanac in 1550. As a result of its incredible success, he kept writing them for many years. At the same time, he started working as an astrologer for many wealthy patrons, including the aforementioned Catherine de Médicis.

Almanacs contain both important astrological info and predictions of the coming year. In fact, they were incredibly popular at the time thanks to their user information in the midst of war and famine. They provided merchants and farmers with entertaining bits of local folklore and predictions.

In addition to the aforementioned expertise of this prolific physician, we must also add cosmetics and botany. Everywhere from essential oils to perfumes and love potions. With such versatility, he was the top physician of every court.

He began making prophecies inspired by celestial objects in about 1547. He published a book entitled Centuries in 1554, his most popular publication ever. The piece consisted of rhymed quatrains grouped in hundreds, each set of 100 called a century.

Being so rich and varied, this massive opus has been studied ever since its publication ages ago. The fact that it covers from natural disasters to wars and notable scientific discoveries, intrigues readers.

In 1555, he published Les Prophesies, a collection of his major, long-term predictions. Possibly feeling vulnerable due to religious persecution, he came up with a clever method of obscuring the prophecy’s meaning with quatrains (rhymed four-line verses) and a mixture of languages.

“From the depths of the West of Europe, a young child will be born of poor people, he who by his tongue will seduce a great troop; his fame will increase towards the realm of the East.”

-Nostradamus, referring to the rise of Hitler–

Most of the quatrains famous astrologer Nostradamus composed during his life dealt with disasters. In fact, his enthusiasts credited him with predicting numerous events in world history like the aforementioned rise of Adolf Hitler, the rise of Napoleon Bonaparte, and the French Revolution.

They also credit him with predicting the development of the atomic bomb, the assassination of JFK, and the terrorist attacks on the World Trade Center that occurred on September 11, 2001. Enthusiasts even claim that Nostradamus warned us of COVID-19.

As we mentioned above, Nostradamus is believed by many to have predicted historic global events. Nevertheless, did this renowned sixteenth-century mystic truly predict the horrible coronavirus pandemic? Perhaps it’ll always remain a mystery.

The popularity of astrologer Nostradamus seems to be due to the lack of specific dates and the vagueness of his writings. This makes it easy to selectively quote them after any major dramatic event and claim it as true. Thus, it’s up to you to decide. Do you believe in his prophecies or not?

Amelia Earhart – Biography of this Aviation Icon
Today we’ll be discussing the life and death of Amelia Earhart, an extraordinary woman who paved the way to other women in commercial flight. Read more »
Link copied!
Interesting Articles
Biographies
Mario Capecchi: From Homeless to Nobel Prize Winner